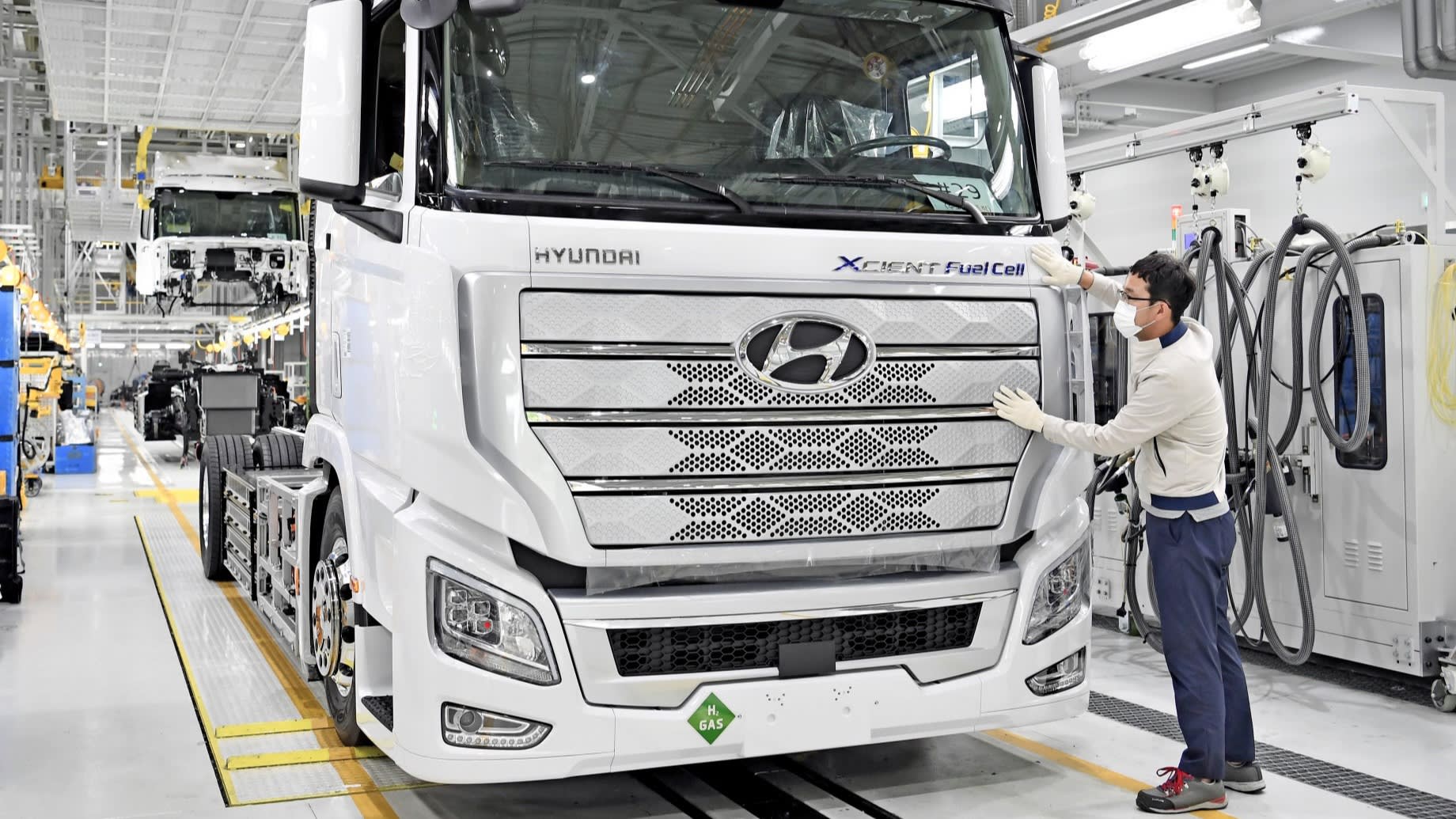 SEOUL -- Hyundai Motor began shipping hydrogen-powered heavy-duty trucks to Switzerland on Monday as the South Korean automaker looks to promote them as an alternative to electric vehicles in Europe.

Ten of the Xcient Fuel Cell trucks are headed to the Alpine nation for the food distribution industry.

The company aims to export 1,600 of these trucks by 2025, offering them under long-term leases to spare customers the expense of an initial outlay.

The customers for the first batch chose hydrogen trucks because they refuel in a matter of minutes -- far shorter than the time need to recharge electric autos, according to Hyundai.

While hydrogen stations are less common than charging points for electric vehicles, it is easier to build fueling infrastructure for food distributors because they travel fixed routes to stores.

Hyundai Hydrogen Mobility, a joint venture with a Swiss partner to develop hydrogen infrastructure, plans to create fueling stations in the country.

Hyundai, whose fuel-cell lineup includes the Nexo sport utility vehicle, is working with Seoul to build hydrogen infrastructure in South Korea. The South Korean government is also promoting the country's hydrogen technology to other countries.