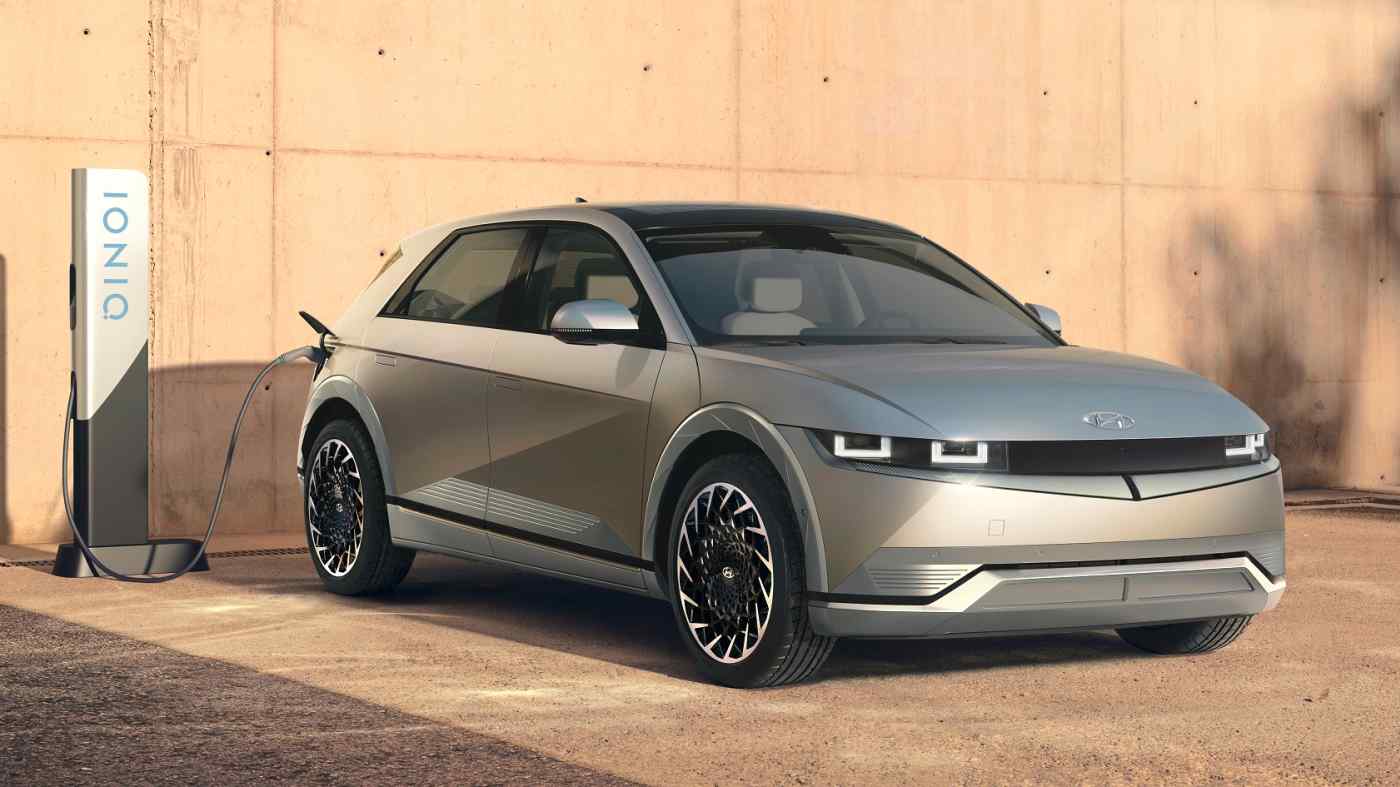 The Ioniq 5 goes on sale later this year domestically as well as in the U.S. and Europe. Hyundai begins production next month at its main assembly plant in Ulsan, a city in southeastern South Korea.

The electric crossover will use the E-GMP platform, designed to reduce costs by sharing components over a wide range of EVs. The platform also will feature in the Genesis luxury brand and electric vehicles sold by group company Kia.

Hyundai plans to roll out 12 all-new EVs over the next five years using the platform.

The Ioniq 5 can travel 430 km on a full charge, or 100 km after five minutes of charging, according to Tuesday's announcement. The price will be around $50,000. In South Korea, government incentives can bring the price below $40,000.

Hyundai says about 82,000 vehicles worldwide are equipped with the problematic battery systems, forcing a mass recall. The company looks to cooperate with battery supplier LG Chem to resolve the issue.