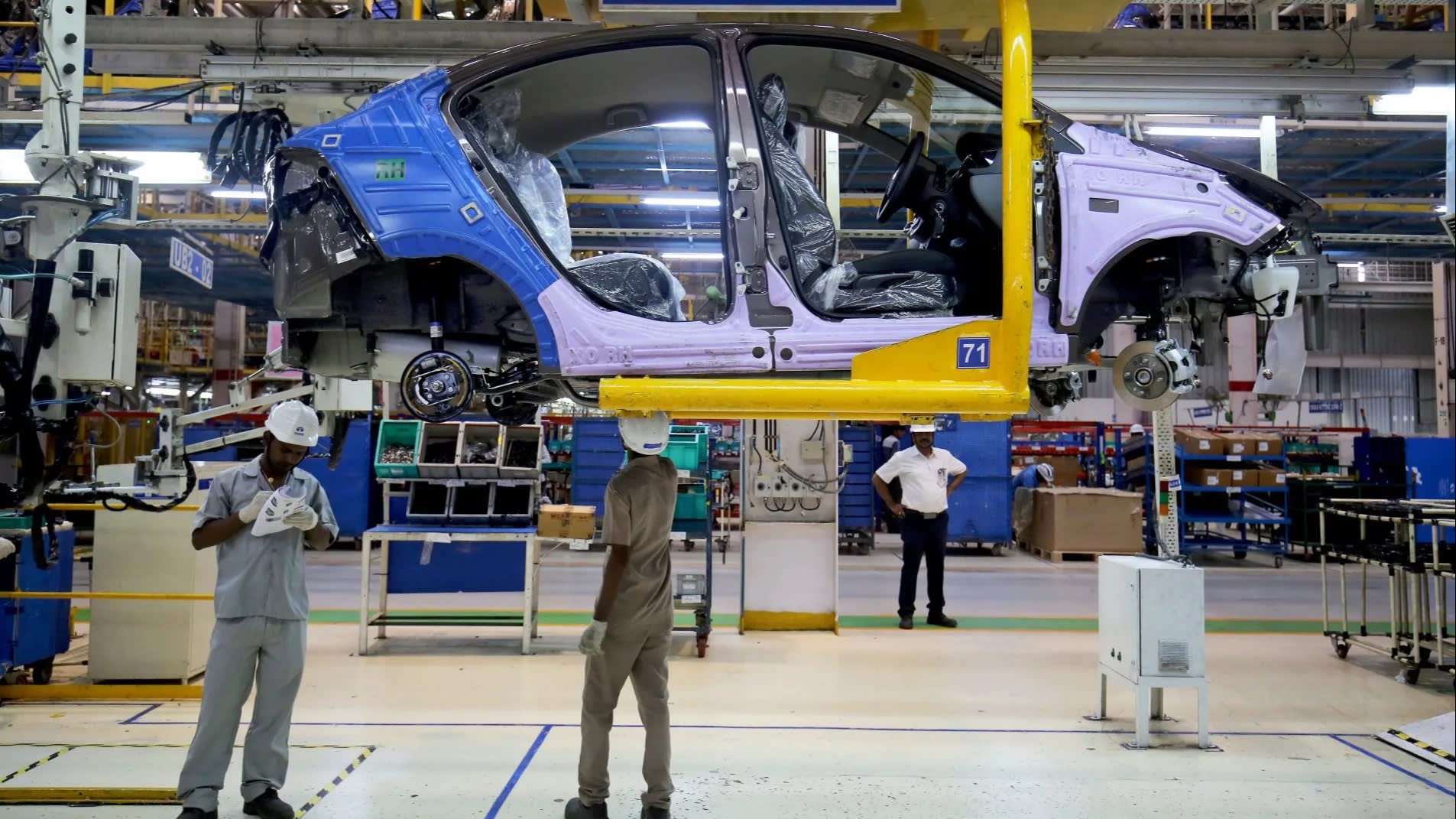 MUMBAI -- A credit crunch, pricier insurance and tougher environmental regulations have caused India's demand for automobiles to shrink for eight consecutive months through June, a slump not seen in six years.

New auto sales decreased 16% in June compared with a year earlier, data from the Society of Indian Automobile Manufacturers shows. The monthly setbacks have idled factories and shuttered dealerships.

Current conditions threaten the supply chain as well as peripheral industries. Real economic growth has slowed for four straight quarters, potentially setting the stage for a downturn of historic proportions.

On June 25, Tata Motors posted a net loss of 400 million rupees ($5.8 million) during the first quarter ended June on a standalone basis, a reversal of the 11.8 billion rupee profit from a year earlier.

One Maruti dealer in Mumbai said there was "no hope" of sales until India's festival season gets underway in August. 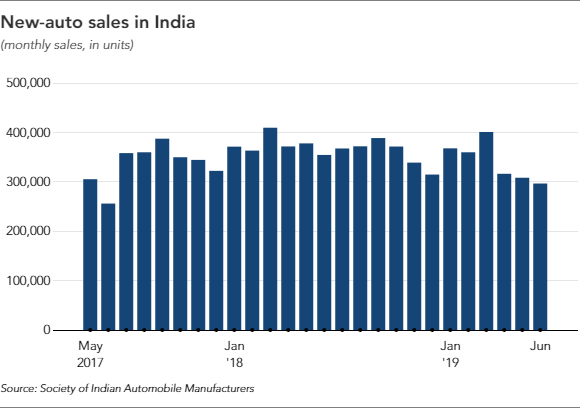 The lack of purchases has forced automakers to cut back on production. In the three months through June, Mahindra & Mahindra suspended operations from five to 13 days at domestic assembly plants.

About 270 dealerships have shut down during the past eighteen months, according to local reports. Domestic companies are not the only ones to feel the crunch. Japan's Nissan Motor, which had quarterly sales drop by half, will cut 1,700 jobs in India by the end of the current fiscal year in March.

In previous years, India's monthly auto sales grew by about 10%, which lifted the market past Germany as the fourth-largest in the world. But the current slump is the longest since an 18-month losing streak that began in December 2012. That slide was snapped in 2014 shortly after Prime Minister Narendra Modi first took office.

One reason behind the current decline is the fallout from Infrastructure Leasing & Financial Services, the nonbank lender that went into default in September. The news came as a shock because the institution received financial backing in part from the state provider Life Insurance Corp. of India and the Abu Dhabi Investment Authority.

Other nonbank lenders became reluctant to extend auto loans to consumers in the aftermath. Furthermore, dealerships rely heavily on nonbank lenders for funding, but lending is not expected to return to normal in the foreseeable future, said Ashish Kale, president of the Federation of Automobile Dealers Associations in New Delhi.

Car buyers are also facing higher cost burdens for auto insurance. In September, the Insurance Regulatory and Development Authority of India implemented rules extending the mandatory insurance period to three years from one. That tripled third-party damage insurance premiums to over $350 for owners of vehicles with 1.5-liter engines or larger.

Maruti Chairman R.C. Bhargava blamed the changes for the lack of consumer appetite. Insurance premiums went up in June, and the price of compact autos, India's vehicle of choice, climbed 10%.

India's drive to reduce pollution has also affected the market. New emissions standards will go into force in the spring, placing tighter caps on nitrogen oxides and other emissions. The thresholds are as strict as those called for in Euro 6, the latest European benchmark.

There are signs that the market could come out of its funk. Automakers rolled out new models in May and June, and the Reserve Bank of India, the central bank, has lowered policy rates. The lower interest rates on car loans could spur purchases.

However, the Modi administration disappointed the auto industry by not including tax breaks in the budget proposal revealed on July 5. Financial subsidies and other economic stimuli target only electric vehicles, which may not be enough to energize the weak market.

If the status quo continues, India would lose 1 million jobs within the industry, said A Venkataramani, president of the Automotive Component Manufacturers Association.