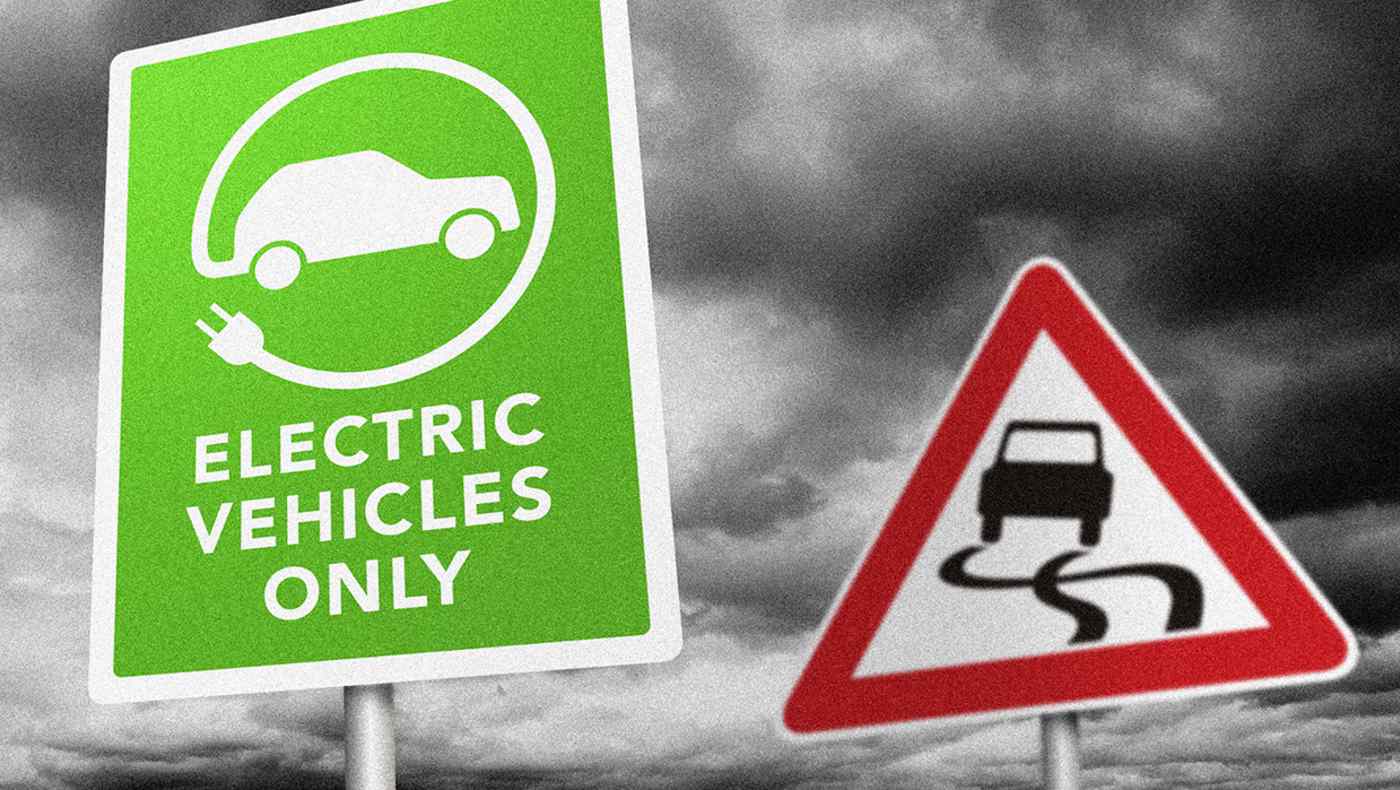 GREATER NOIDA, India -- Thousands of Indians crowded into the biennial Auto Expo near New Delhi in early February as carmakers showcased their latest products and technology. The Indian car market is the world's fastest growing based on estimates that sales will expand dramatically from 4 million vehicles this year to 10 million by 2030.

The visitors who walked through the 116 show pavilions in the 58-acre India Exposition Mart could not escape the focus on electric vehicles, which reflects the government's announcement last year that it wants all cars on the road to be EVs by 2030.

India's second-biggest sport-utility vehicle maker, Mahindra & Mahindra, dedicated 90% of its exhibition space to e-vehicles. Some start-ups such as Twenty Two Motors, based in the northern state of Haryana, made their debut at Auto Expo with electric scooters. South Korea's Kia Motors unveiled a concept compact SUV  that is "especially designed and dedicated" to the Indian market as part of its entry into a country that its sister company, Hyundai Motor, has operated in for more two decades.

The New Delhi government's quest to achieve its goal of 100% EV usage by 2030 is meant to reduce its crude oil import bill and curb pollution in line with the Paris climate accord. India imports over 80% of its crude oil and the bill for that is expected to double to around $300 billion by 2030. Meanwhile, the 2015 Paris Accord called for the use of 100 million electric cars and 400 million electric two-wheelers worldwide by 2030 to cut carbon emissions

Electric vehicles accounted for 0.02% of the Indian car market in 2016 and is far behind global leaders in EV usage. Norway heads the pack with EVs making up 29% of the local car market, while the Netherlands and Sweden have sizeable EV markets as well, according to the International Energy Agency. China, France and the U.K. have electric car market shares close to 1.5%. Mahindra is keen to ride on the government's initiative. The Mumbai-based carmaker is leading the local push toward green vehicles, believing that it is poised to take EVs to the next level.

"As India aspires to global leadership on climate action, the time is right to develop sustainable mobility solutions for the future," said Anand Mahindra, the Mahindra Group executive chairman. "We see ourselves as one of India's first electric mobility companies which will empower millions of 'new age' customers to ride their first electric vehicle," Parveen Kharb, chief executive and co-founder of the company, told the Nikkei Asian Review in an interview. The company plans to roll out 50,000 vehicles per year over the next 30 months with an investment of $70 million. Nishant Arya, executive director of JBM Group -- which in a joint venture with Europe's e-mobility major Solaris, launched a 100% electric bus Eco-Life at the expo -- told the Nikkei Asian Review that the company is investing up to 4 billion rupees in their EV project over the next three years to produce 2,000 buses annually.

At the entrance of Maruti Suzuki's huge exhibition space, a crowd gathered to take a good look at the latest version of the popular 'Swift' compact hatchback and 11 other models on display. But observers were surprised that it showed just one EV concept, the e-SURVIVOR. Moreover, it had already been shown at the Tokyo Motor Show in October, unlike the other concept models that debuted at the expo. The Toyota Kirloskar Motor's pavilion introduced the world's popular "Yaris" compact sedan to India, where it dominated the main area. But advanced car models such as a fuel cell vehicle and an ultra-compact one-seater EV were relegated to the "Future Zone" backstage area. 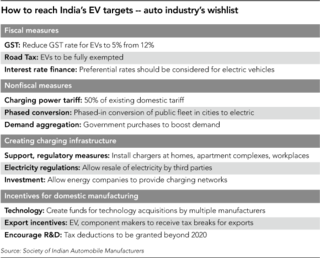 "It's very important that we can produce EVs at reasonable prices that Indian consumers can buy. Batteries are still expensive which can raise the price of the vehicle. Many people say the price of batteries can go down, but that hasn't happened yet," said Kenichi Ayukawa, managing director of Maruti Suzuki, which has a 50% market share of the Indian passenger car market.

Ayukawa warned that the Indian government's embrace of EVs could disrupt the local auto industry, one of the key drivers of the country's economy. With so many companies making components for petrol or diesel engine cars, a sudden switch to EVs could cause major job losses and the government "cannot and should not do anything to shrink it," he told a media roundtable.

Akito Tachibana, managing director of Toyota Kirloskar Motor, raised the question to journalists of whether they would want "to buy electric vehicles right now without the required infrastructure and at higher prices." He added that "we don't understand other exhibitors presenting e-vehicles here when they don't have demand."

The Society of Indian Automobile Manufacturers (SIAM) estimates that 60% of the 10 million vehicles to be sold in 2030 will be non-EVs. Tachibana said the Indian government "needs to pay more attention to reduce emissions from the 6 million [non-EV] cars [sold in 2030]. Hybrid vehicle, where we have strength, will contribute significantly" to that goal.

At present, Mahindra is the only domestic company selling electric cars. Its e20 hatchback is priced at around 750,000 rupees. In comparison, Maruti Suzuki's popular and conventional Alto small car starts at around 250,000 rupees. Tata Motors in December rolled out its Tigor electric car, priced at more than 1.1 million rupees, for the government-run company Energy Efficiency Services. It displayed six EV vehicles at the expo but is still awaiting government support for a full-scale commercial launch.

Despite the government's initiative, many EV producers agree that the government must offer more clarity and support to achieve the 2030 goal so that their vehicles become commercially viable.

SIAM believes the 100% EV goal should be pushed back to 2047, the 100th anniversary of India's independence from the U.K. It believes that more time is needed to improve affordability and acceptance of electric vehicles. To help this effort, the SIAM has recommended a number of tax and other measures, including creating a fund for technological innovation.

The government has promised to work with the industry on solutions. Providing incentives for EV manufacturing will help boost Prime Minister Narendra Modi's "Make in India" program to create jobs and attract foreign investment.

In opening the Auto Expo on Feb. 8, Anant Geete, India's heavy industries minister, said the government is preparing a "fool-proof and industry-and consumer-friendly" automobile policy, the draft of which will be released in a few months.

The policy is expected to address some of the automobile industry's concerns about the extent of the government's ambitions. Automakers are looking for a clearer policy framework, more industry incentives and tax reductions to attract players to join the EV bandwagon.