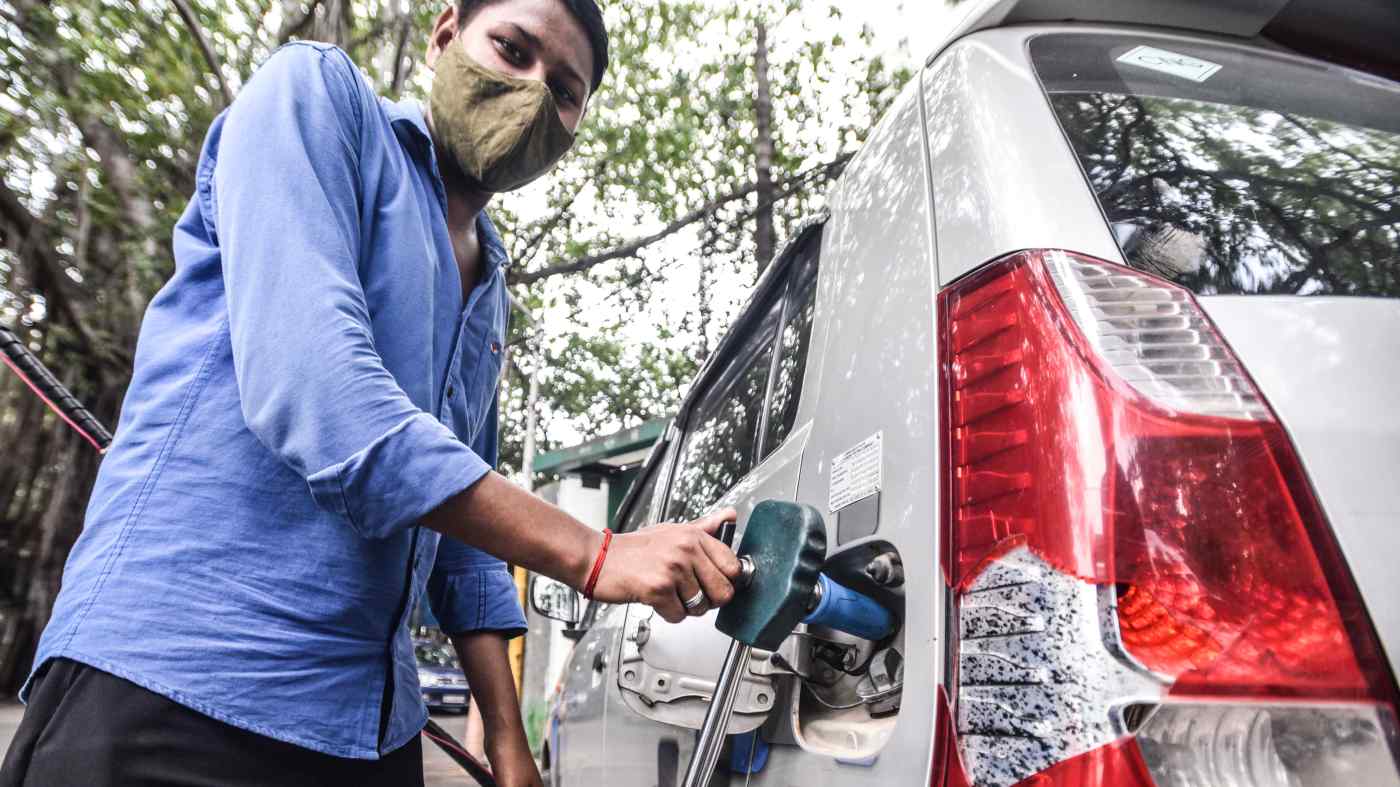 The surge in demand has left India's two sellers of these vehicles racing to stay ahead as new players like Tata Motors and Honda Motor prepare to enter the market. It has also generated a burst of investment in CNG fuel infrastructure.

After 41 gasoline price hikes since May -- the result of surging global oil prices -- drivers are paying more than 100 rupees ($1.35) per liter in most parts of the country, almost 25% higher than at the start of the year.

"My daily travel is 40 km a day, driving a gasoline car would cost me nearly $3 every day," says Sandeep Yadav, a teacher in Delhi. "Now I bought a compressed natural gas car, and the cost per day has been reduced to just 70 cents."

CNG, which results in fewer global warming emissions than gasoline, is made by compressing natural gas to less than 1% of its volume. It is used across India to heat homes. Elsewhere, it fuels some larger vehicles such as buses. Sales were already at an all-time high before the gasoline price hikes. Between them, the two companies sold 181,031 CNG cars in the fiscal year to March 2021, up from 116,374 the previous year, according to their published data. The market share of CNG vehicles in India, meanwhile, has jumped to 6% from 4%.

Demand has accelerated dramatically in the new fiscal year. Maruti Suzuki delivered more than five times as many CNG cars in the April-June quarter than in the same period last year.

Anecdotal evidence suggests Indians are also retrofitting gasoline cars to run on CNG in record numbers. Danish Khan, a CNG fitting station owner in Delhi, said he was installing CNG kits in vehicles five to 10 times day. "Last year, monthly, we used to install 20 to 30 CNG kits," he said. "We installed 150 to 170 in June and 200 to 220 in July."

Dealers say the wait time for buying new CNG vehicles can stretch to several months for some models as carmakers race to catch up with demand. Maruti Suzuki, which sold 157,000 factory-fitted CNG vehicles last fiscal year, aims to sell 250,00 to 257,000 this year, according to Shashank Srivastava, executive director of marketing and sales. Maruti Suzuki is expected to introduce two more CNG models before the end of the year.

Hyundai, which launched its first CNG car, the Xcent, in October 2017, is expected to keep rolling out new models at the rate of one a year.

New players are entering the market. India's Tata in November is to launch CNG variants of two models, the Tiago and Tigor, while Japan's Honda will start selling a CNG version of its Amaze sedan later this month. 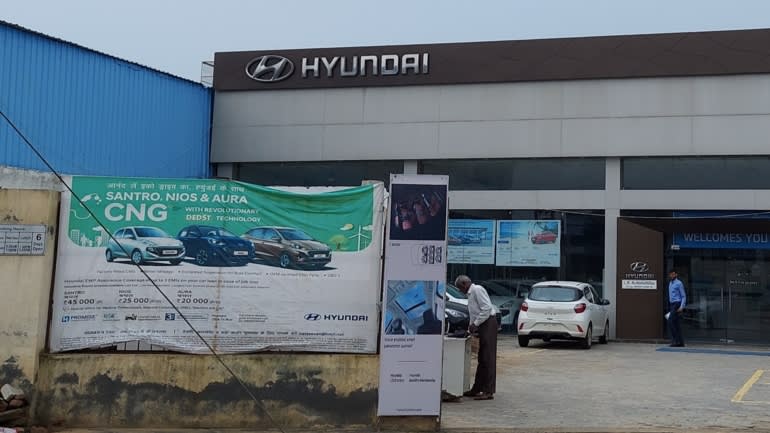 Hyundai has been launching new CNG models at a rate of one per year. (Photo by Kapil Kajal)

Yet the companies have not been able to keep pace with demand, forcing drivers to wait in long lines at the limited number of CNG stations.

Satya Prakash, a shopkeeper in Jind, in the state of Haryana, told of his travails at a CNG pump on a recent evening. "I came at 5:30 in the evening yesterday to get CNG," he said. "The pump owner told me to wait for an hour as the CNG truck was about to arrive. I waited till 9 in the night, but the CNG truck did not come.

"I came again in the morning, but the same story repeated. I can't afford driving a gasoline car and I need a car for my business. So, I am ready to wait. But it is disheartening that despite waiting we don't get CNG."

Said Mehent Singh, a truck driver: "Though cars have an option to change the fuel from CNG to gasoline in an emergency, in trucks, there is no such option. So if the CNG is not available, we spend our entire time at CNG pumps waiting for it."

Seva Singh, the pump's owner, finds himself caught in the middle. "The number of vehicles has suddenly increased," he said, "and the supply is still the same." Drivers can wait in line for hours to refuel their CNG vehicles -- and there is no guarantee that gas will arrive. (Photo by Kapil Kajal)

India currently has 2,700 CNG pumps, but the central government calculates it needs at least three times as many. In that regard, the oil ministry has launched a program to incentivize the development of 4,500 stations in the next four years and 10,000 in the next 10.

The CNG vehicle boom is one reason why the International Energy Agency projects India's natural gas consumption to grow at 9% annually over the next three years, driving imports of gas in liquefied form from Qatar, the U.S., Australia and Russia. "Gas use for power generation is projected to remain almost flat throughout the forecast period," the IEA said in its most recent outlook, "but the growth will be witnessed in [the] transport sector."

Maruti Suzuki has promised to focus on CNG vehicles rather than electric cars as its contribution to India's push for lower emissions.

"Unfortunately, the technology presently available leads to electric cars being produced at a cost much higher than the conventional cars," its chairman, RC Bhargava, wrote in the company's annual report. "This, along with the lack of charging infrastructure, makes it very difficult to sell electric cars to people who can only afford small cars."

"There is no environment for electric vehicles in India," said Anil Kumar, a retired professor of economy at Jawaharlal Nehru University. "The limited EV cars which are there are very costly for a middle-class consumer to buy. So, CNG is considered the best fuel at this point, and it is cheap as well.

"This decade will be a CNG decade as far as automobile fuel is concerned in India."