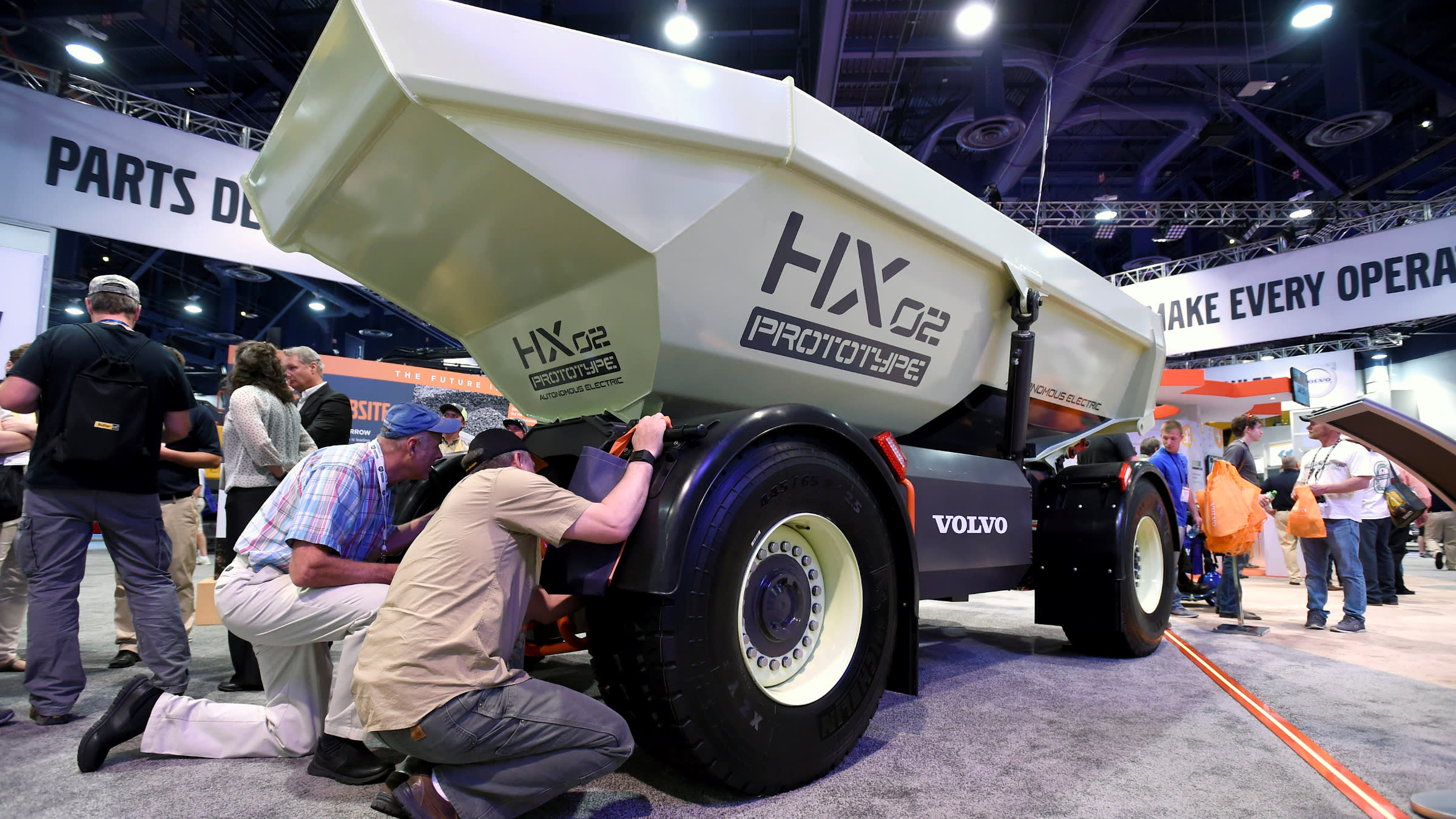 TOKYO -- Isuzu Motors' plan to partner with Volvo Group on commercial vehicles is driven by the Japanese truck maker's urgency to compete better against Chinese and Indian players and manage the soaring costs of technology development.

Isuzu will acquire the Swedish company's UD Trucks unit as part of this strategic partnership, the Japanese automaker said Wednesday. The move comes as companies in Europe lay the groundwork for new international tie-ups amid falling sales in developed markets.

Investors sent Isuzu's stock falling Thursday in Tokyo, deeming as pricey the company's roughly 250 billion yen ($2.29 billion) purchase of UD Trucks, which logged a pretax loss of 679 million yen and a 1% dip in sales for 2018.

But Isuzu was desperate to join hands with Volvo as it faces an escalating threat from emerging rivals.

Isuzu does a big chunk of business outside Japan, generating 60% of sales abroad. But it depends heavily on China, which accounted for 11% of the company's worldwide truck sales in the April-September half -- on par with North America's contribution. China no longer serves as an easy market, with locals such as FAW Group taking market shares away from Isuzu.

The challenge is spreading to growth markets. Chinese and Indian rivals, which generally stayed in their home countries, increasingly look to Indonesia and Thailand, where Isuzu seeks to grow.

Such emerging companies are honing development and production technologies while increasing sales, posing a bigger threat to established players. Volvo's global market share slipped from fifth place in 2017 to the sixth spot last year as Tata zoomed past the Sweden-based company.

Shrinking markets in developed countries only add to the headwinds. Truck sales are cyclical, and the market is poised to enter a downturn over the next several years augmented by a possible economic slowdown.

The head of a leading truck maker describes the outlook as increasingly murky. Many predict the truck markets for North America and Europe will fall 10% to 20% in 2020, with growth unlikely in the medium to long term.

Automakers also are scrambling to find partners for sharing the growing expenses involved in developing technologies for so-called CASE -- connected, autonomous, shared and electric -- vehicles seen as the industry's future.

Isuzu dissolved its capital and business alliance with Toyota Motor in 2018. But Hino Motors -- a Toyota group member -- forged a comprehensive tie-up that year with Traton, formerly known as Volkswagen Truck & Bus, to work on electric technologies together. China's Chery Automobile teamed last year with a Deutsche Post unit to form an electric vehicle joint venture.

The Isuzu-Volvo tie-up is expected to trigger another round of partnerships, particularly given recent moves in Europe such as Daimler's spinoff of its truck and bus business in November to facilitate collaborations with others. VW also took Traton public in June.

Until now, overhauls in the commercial vehicle industry typically were designed to increase market shares. Today, the need to develop new technology quickly and efficiently is driving tie-ups.