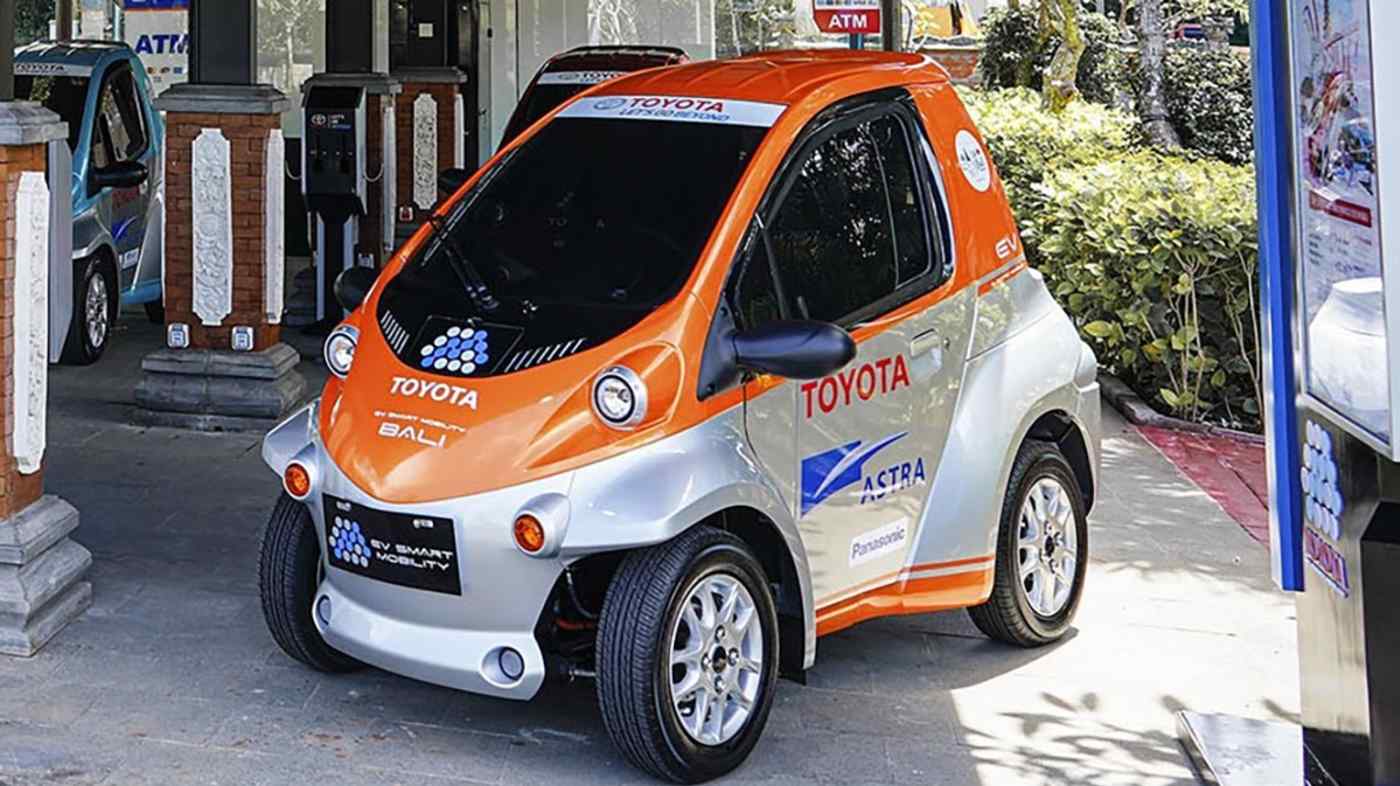 BALI, Indonesia -- Five Japanese automakers, including Toyota Motor and Nissan Motor, will launch a demonstration of their electric vehicles in Bali this month to coincide with Indonesia's hosting of a meeting of officials from the Group of Twenty.

The companies, which also include Mitsubishi Motors, Mitsubishi Fuso Truck and Bus and Isuzu Motors, aim to catch up with South Korean and Chinese rivals in EVs in the Indonesian market, where Japanese brands dominate the conventional auto segment.