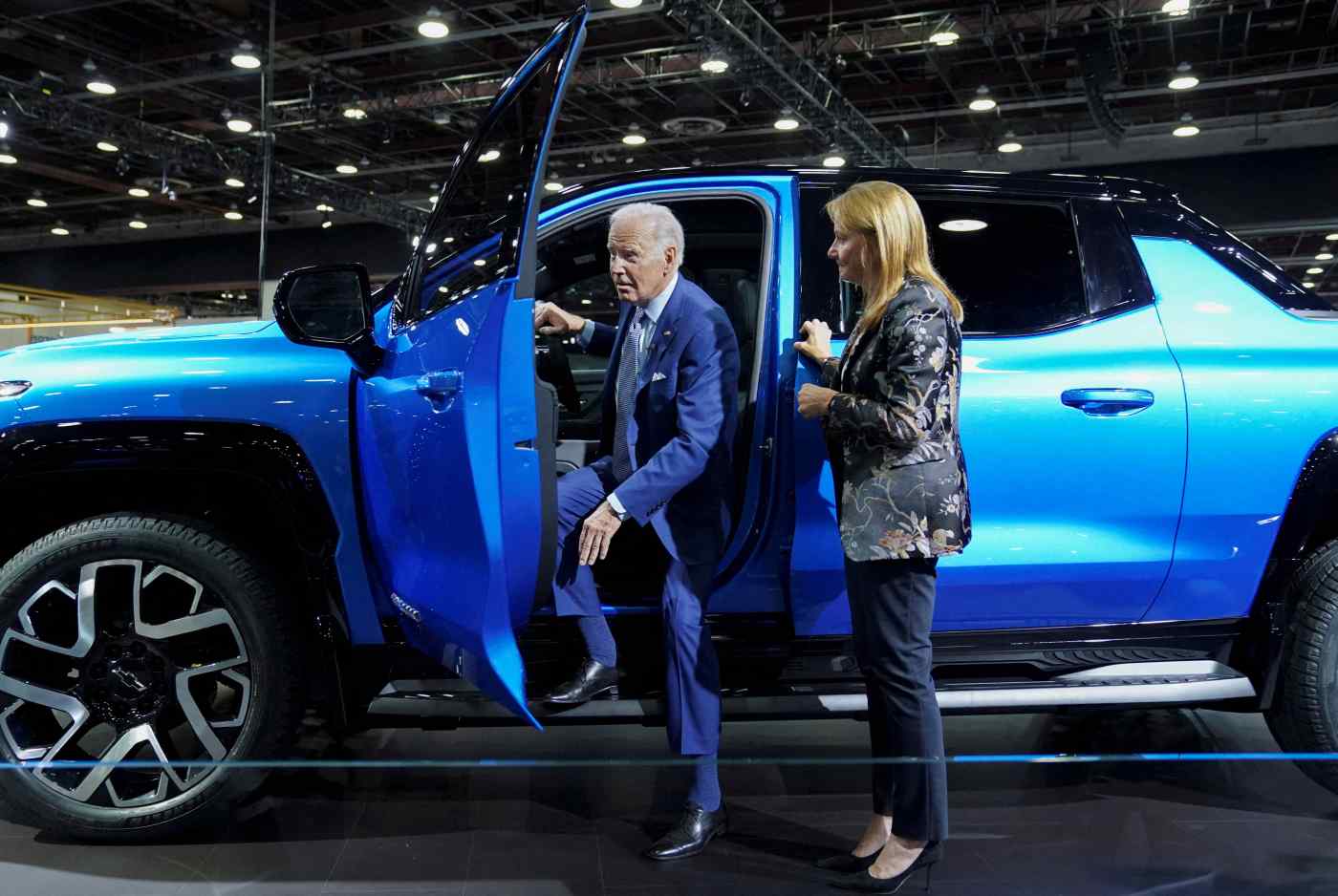 TOKYO (Reuters) -- Japan's government warned on Saturday that new electric vehicle tax credits in the United States could ultimately deter further investment by the Japanese there and hit employment in the world's biggest economy.

In a comment submitted to the U.S. Treasury Department, the government raised a number of concerns about the tax credits in the Inflation Reduction Act (IRA), which is designed to build more resilient supply chains as the United States aims to reduce exposure to China.

The statement is a culmination of monthslong concerns shared by the Japanese government and the country's auto lobbying group that the IRA puts Japanese carmakers at a disadvantage in their crucial North American market.

The requirements to be eligible for the tax credit are "not consistent" with the shared policy between the Japanese and the U.S. governments to build resilient supply chains by working with allies and partners, the government said.

"It would be possible that Japanese automakers hesitate to make further investments towards electrification of vehicles," the government said. "This could cause negative impacts on the expansion of investment and employment in the U.S."

Japan joins South Korea and European countries that have already expressed concerns about the legislation. South Korea's foreign ministry said on Friday it was seeking a three-year grace period on the law to enable its automakers to keep receiving EV incentives in the U.S.

Under the law, rules governing the current $7,500 EV tax credit aimed at persuading consumers to buy the vehicles will be replaced by incentives designed to bring more battery and EV manufacturing into the United States. The domestic content requirements will ratchet up over the next six years.

New restrictions on battery sourcing and critical minerals, along with price caps and income caps, take effect on Jan. 1, which will potentially make all current EVs ineligible for the full $7,500 credit.

The Japanese government said limitations on the range of vehicles that benefit from the EV tax credit will narrow the options available to U.S. consumers at affordable costs and may interfere with efforts to achieve the Biden administration's climate goals.

Japanese Industry Minister Yasutoshi Nishimura mentioned concerns about the law to U.S. Commerce Secretary Gina Raimondo at a meeting in Los Angeles in September. The Nikkei newspaper reported Nishimura told his U.S. counterpart at the meeting the legislation may violate international law.

The Japan Automobile Manufacturers Association, a major Japanese auto lobby, said in August it was concerned about the law and would keep a close watch on developments.

Even some U.S. automakers have expressed apprehension about some aspects of the law.

Ford Motor on Thursday the U.S. Treasury Department should limit the definition of a "foreign entity of concern" to ensure more electric vehicles can qualify for up to $7,500 in consumer tax credits.