TOKYO -- Japan's Renesas Electronics will lend part of its capacity to produce automotive semiconductors designed by domestic rival Asahi Kasei, which has idled production due to a fire, Nikkei learned Tuesday.

Asahi Kasei halted output of a semiconductor after a massive fire in October at a plant operated by group company Asahi Kasei Microdevices. Renesas will make the product at its main Naka factory northeast of Tokyo.

The move eases concerns about semiconductor supplies from Asahi Kasei, whose customers include Toyota Motor. But the automotive industry still faces a wider chip shortage driven by factors including the rise of electric vehicles.

Under an arrangement with Asahi Kasei, Renesas will produce integrated circuits for crystal oscillators, which are used as timing devices in collision avoidance systems and other automotive applications.

Asahi Kasei holds a large market share for the circuit. But the production line is unlikely to restart soon, so the company had been arranging for contract production to maintain supplies for automakers worldwide. 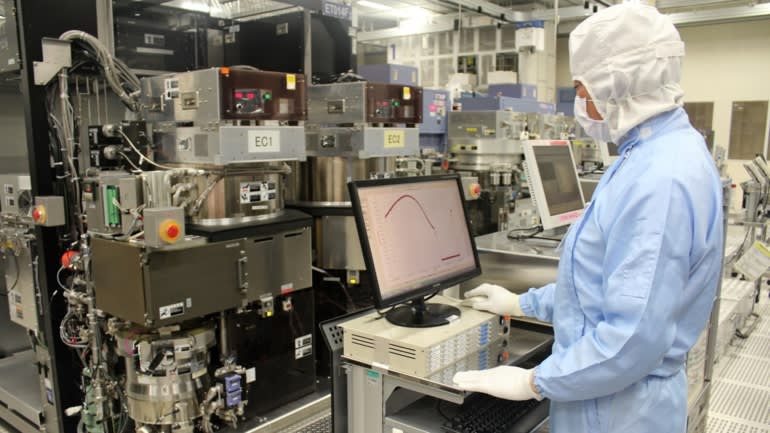 Renesas' underused Naka factory will build the circuits on a production line that uses 8-inch silicon wafers, a high-yield category. Renesas has already shipped samples of the replacement part to automakers. The clients have started testing the products, and full-scale supplies likely will start by spring.

Toyota group auto parts suppliers like Denso and JTEKT use the semiconductors produced at Asahi Kasei's fire-damaged factory. Those companies had built up an inventory of the products before the fire. Asahi Kasei also had set aside a large stock of semiconductors for use in emergencies.

Those inventories have let Toyota maintain production for now. With Renesas on track to produce replacement components, the impact of the fire on Toyota is expected to be limited.

However, the global automotive semiconductor shortage continues, with tight supplies of microcontrollers and power chips, along with a wide range of other products.

Some automakers have been forced to cut production. Subaru will continue to scale down production in February. The German, U.S. and Japanese governments have petitioned Taiwanese officials to cooperate in boosting production at local chipmakers, such as Taiwan Semiconductor Manufacturing Co.