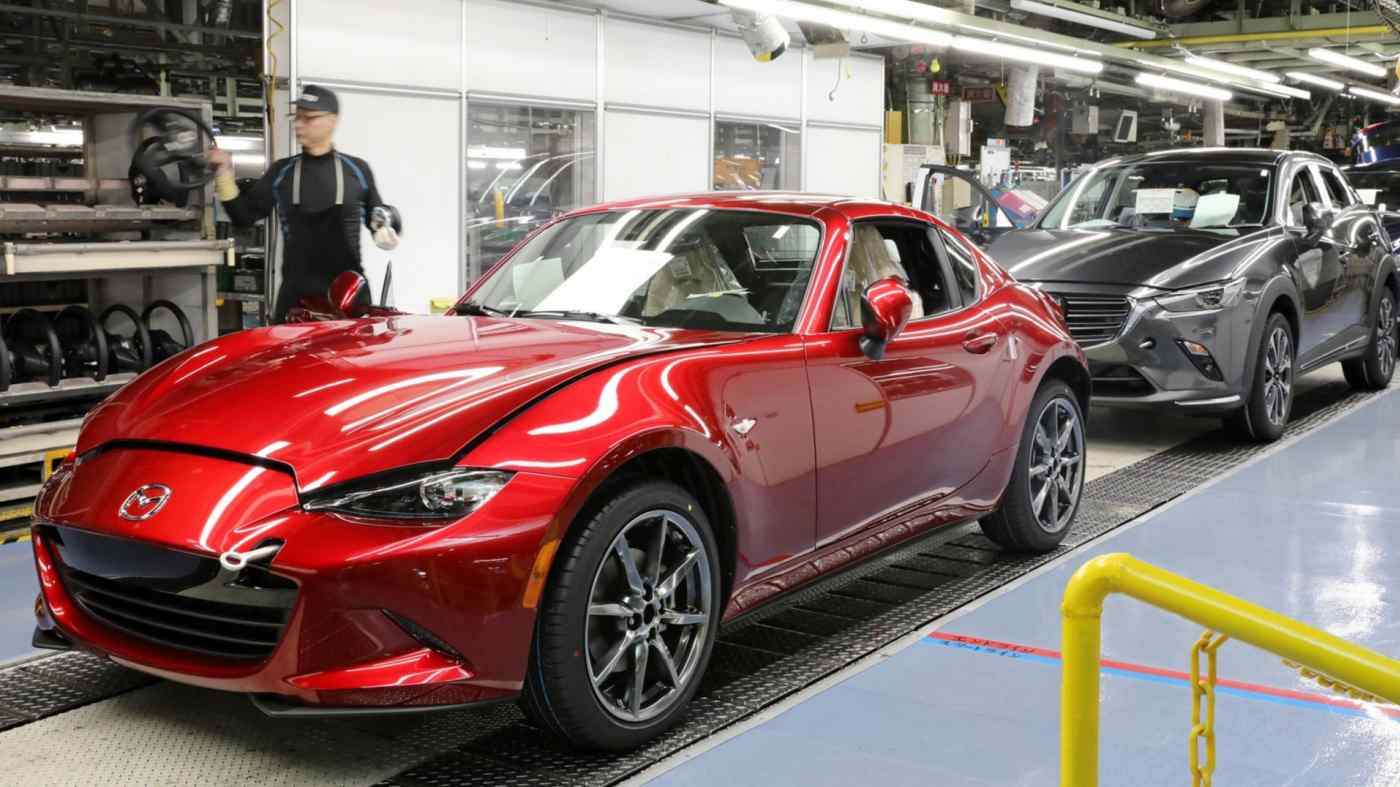 Plant shutdowns by automakers are causing ripple effects on the whole sector employing 8.2% of the nation's workforce, prompting Honda Motor to adopt measures to blunt the financial impact on suppliers.

Mazda will halt output at both of its domestic assembly plants, as well as Thai and Mexican facilities, under plans announced Tuesday. The idled sites account for more than 70% of its global capacity of 1.8 million units a year.

All told, global production at seven Japanese automakers is expected to drop by 50% from 2019 levels for the time being.

Mazda will suspend production for 13 operating days, starting Saturday, at the Hiroshima plant and at the Hofu plant in neighboring Yamaguchi Prefecture. The off days will be scheduled through April 30, along with eight daytime-shift-only days.

The cuts in Japan, Thailand and Mexico will reduce the company's output by roughly 60,000 vehicles for the period.

Toyota is suspending production lines at five domestic plants, starting April 3. Normal operations will resume in stages through April 15. This will cut output by 36,000 vehicles.

None of the 20,000-plus employees at the five Toyota group plants will lose their jobs, including temporary workers. Workers can choose to take paid vacation days.

The repercussions are already being felt by parts makers. Marelli, formed from the merger of Calsonic Kansei and Magneti Marelli, has ceased work at most of its major European plants, as well as multiple U.S. locations.

Kasai Kogyo, which makes interior components, has temporarily idled production in such places as North America, Europe, India and Malaysia.

The auto industry accounts for 3% or so of Japan's gross domestic product. The sector employed 5.46 million in 2018, including at parts suppliers and dealerships.

The production cutbacks by finished-car makers will impact upstream suppliers. Automakers are taking steps to prevent supply disruptions due to financial troubles at parts makers.

Honda has decided to grant support to companies supplying its plants in Wuhan, the initial epicenter of the COVID-19 outbreak. Honda will extend payment deadlines for suppliers that purchase steel sheet and other materials from the automaker.

Nissan Motor and Mazda are asking suppliers about their cash flows. Mitsubishi Motors has begun considering steps to speed up payments to suppliers.

Early this month, the biggest risk to Japanese automakers was the crunch in the Chinese supply chain. Now the slowdown in demand in Western markets has completely upended the landscape.

"The risk is that cash flow will stall at business partners and that production will terminate," an executive at a Japanese automaker said.