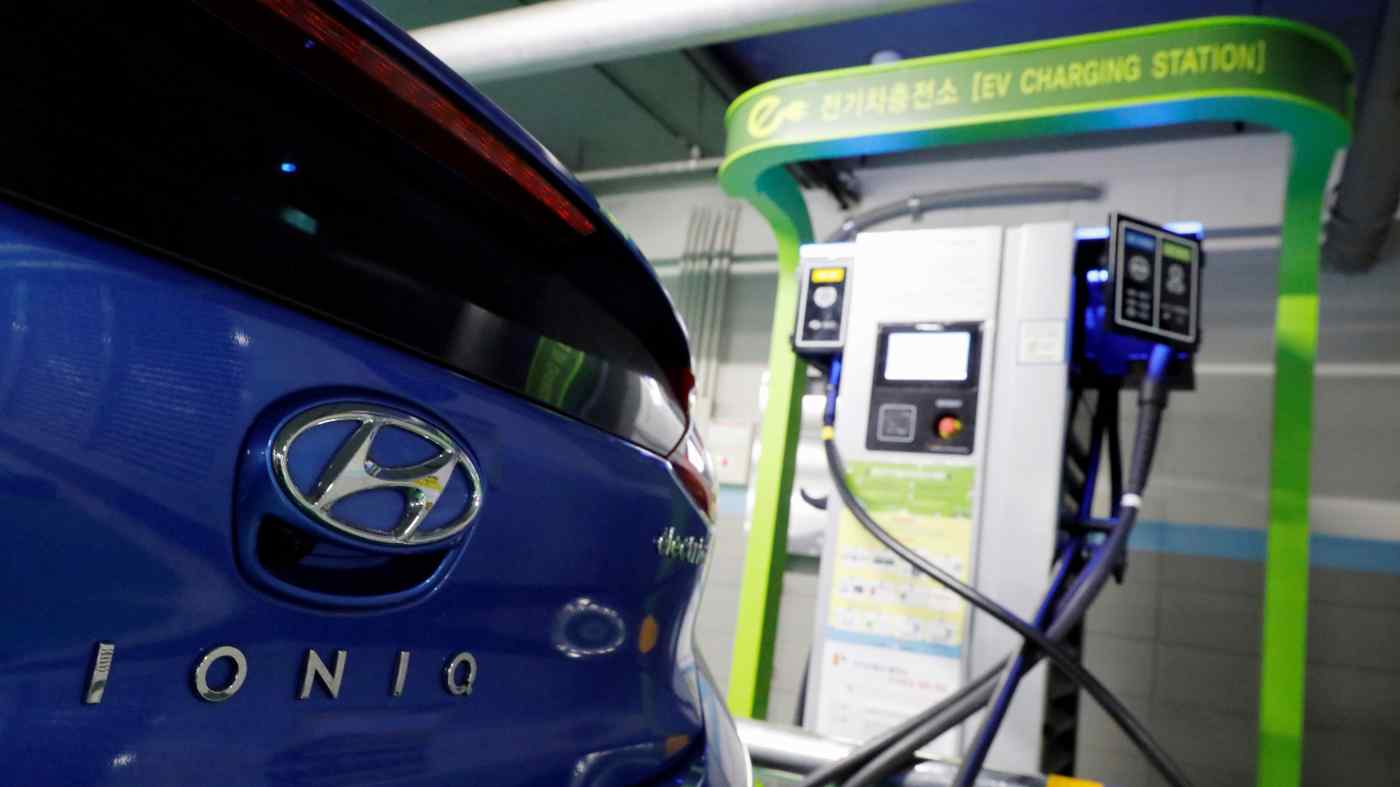 SEOUL -- South Korea's LG Chem has agreed to shoulder 70% of the cost of a nearly $900 million recall of Hyundai Motor electric vehicles at risk of battery fires.

The 1 trillion won ($890 million) recall covering 81,700 vehicles -- mainly Kona and Ioniq cars sold in South Korea, the U.S. and Europe -- stems from a problem with battery cells produced at an LG Chem plant in Nanjing, China.