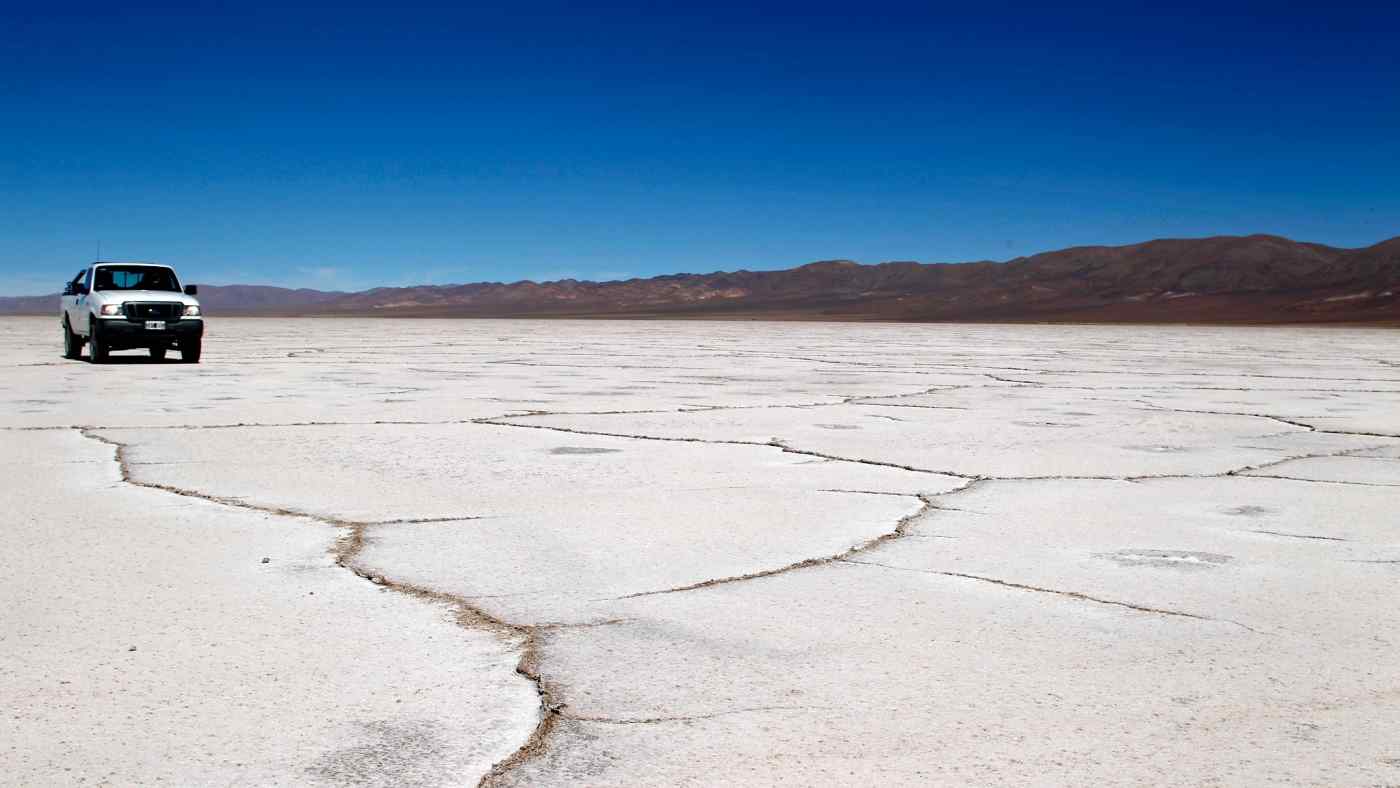 TOKYO -- Japanese automakers face a multibillion-dollar hit to earnings this fiscal year from rising prices of lithium, copper and other materials crucial to the shift away from polluting cars.

The effect of higher materials costs on operating profits stands to reach about 1 trillion yen ($9 billion) for Japan's six leading car companies, led by Toyota Motor, according company disclosures and estimates by Goldman Sachs Japan. This amounts to about 30% of their total profit forecasts -- and U.S. automakers are feeling the pinch, too.

Tougher auto emissions standards in China and other big markets have driven up demand for these inputs. With the trend expected to continue in the medium term, the auto industry will confront a potentially lasting hurdle to decarbonization.

"Raw material inflation is not going to be something transitory," Honda Motor Chief Financial Officer Kohei Takeuchi has said.

Battery materials have shown some of the sharpest price rises, reflecting the spread of electric vehicles. Lithium carbonate in China -- a price benchmark for the material -- now fetches about 88,000 yuan ($13,600) a ton, more than double the level of a year ago. Cobalt is up roughly 80% in Europe. Copper, used widely in wire harnesses and motors, is up by half, based on London-traded futures. EVs require two to three times as much copper as is used in gasoline cars.

EV inputs are not the only materials going up in price. Rhodium, used in catalytic converters to scrub tailpipe exhaust, is now 30 times as expensive as five years ago. Steel for autos has also become costlier owing to higher iron ore prices.

This pressure on automakers' earnings is not confined to Japan. General Motors expects an annual cost increase of several billion dollars linked to higher materials prices. The average materials cost for a gasoline auto made in the U.S. came to $3,600 in May, double the year-earlier level, according to consulting firm AlixPartners.

With automakers planning to ramp up output of electrics, the EV market is expected to reach 23 million vehicles in 2030, 10 times its size in 2020. Analysts say this pace of growth could keep prices of lithium and other battery materials elevated.

Coping with this pressure will test companies' efforts both in research and development and on the supply chain front. Nissan, Tesla and others are developing powerful batteries that do not require cobalt. The Toyota group and Volkswagen are each moving to lock in rights to lithium mine output. Panasonic has joined a project led by U.S. oil services company Schlumberger that seeks to extract lithium from underground salt water in a fraction of the time.

"It's difficult to raise [vehicle] prices" while remaining competitive, said an auto industry executive who asked not to be named.