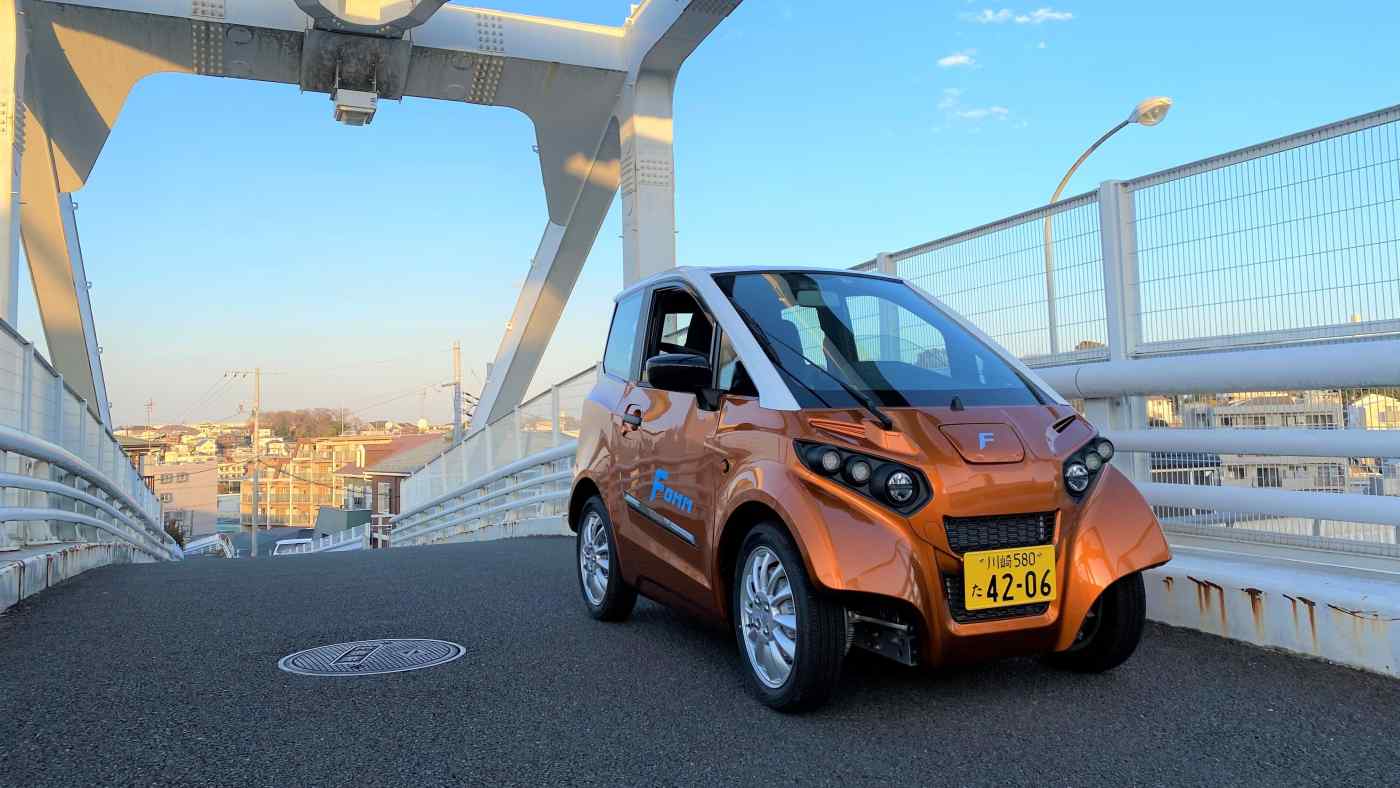 TOKYO -- Japanese electric vehicle startup Fomm will roll out its first domestic compact car for the general public in May.

Headquartered in Kawasaki near Tokyo, Fomm started to manufacture and sell electric vehicles in Thailand in 2019. It now plans to sell a modified version in Japan.

The move by the startup ahead of major automakers may stimulate Japan's sputtering EV market.

Fomm's four-seat vehicle measures 2.6 meters long and 1.3 meters wide, and falls under Japan's light-vehicle category. It has a range of 166 km and accelerates up to 80 kph, allowing it to be driven on expressways.

Priced at 2.75 million yen ($25,000), the vehicle is a modified version of the Thai model to meet Japanese safety standards. The car has been available in Japan to business operators in the car-share sector. Fomm aims to sell 350 vehicles in Japan in 2021.

The Fomm One model can operate in floods, thanks to a watertight underside. It is able to move forward and change direction when partially submerged, using its front wheels to propel water to the back.

CEO Hideo Tsurumaki was involved in the development of the Coms single-seat electric car at Toyota Motor's subsidiary, Toyota Auto Body. He founded Fomm in 2013, aiming to create a buoyant EV after the March 2011 earthquake and tsunami in Japan.

Since April 2019, Fomm has sold 400 compact cars in Thailand. The company plans to increase annual output at its Thai plant to about 5,000 units and export 1,000 units to Japan.

A number of startups and companies outside the automobile industry have emerged in Japan to manufacture electric vehicles. Oil company Idemitsu Kosan plans to introduce an ultracompact EV in 2022 priced at between 1 million yen and 1.5 million yen. SG Holdings, parent of delivery company Sagawa Express, plans to jointly develop a delivery-use compact vehicle with Tokyo startup ASF.