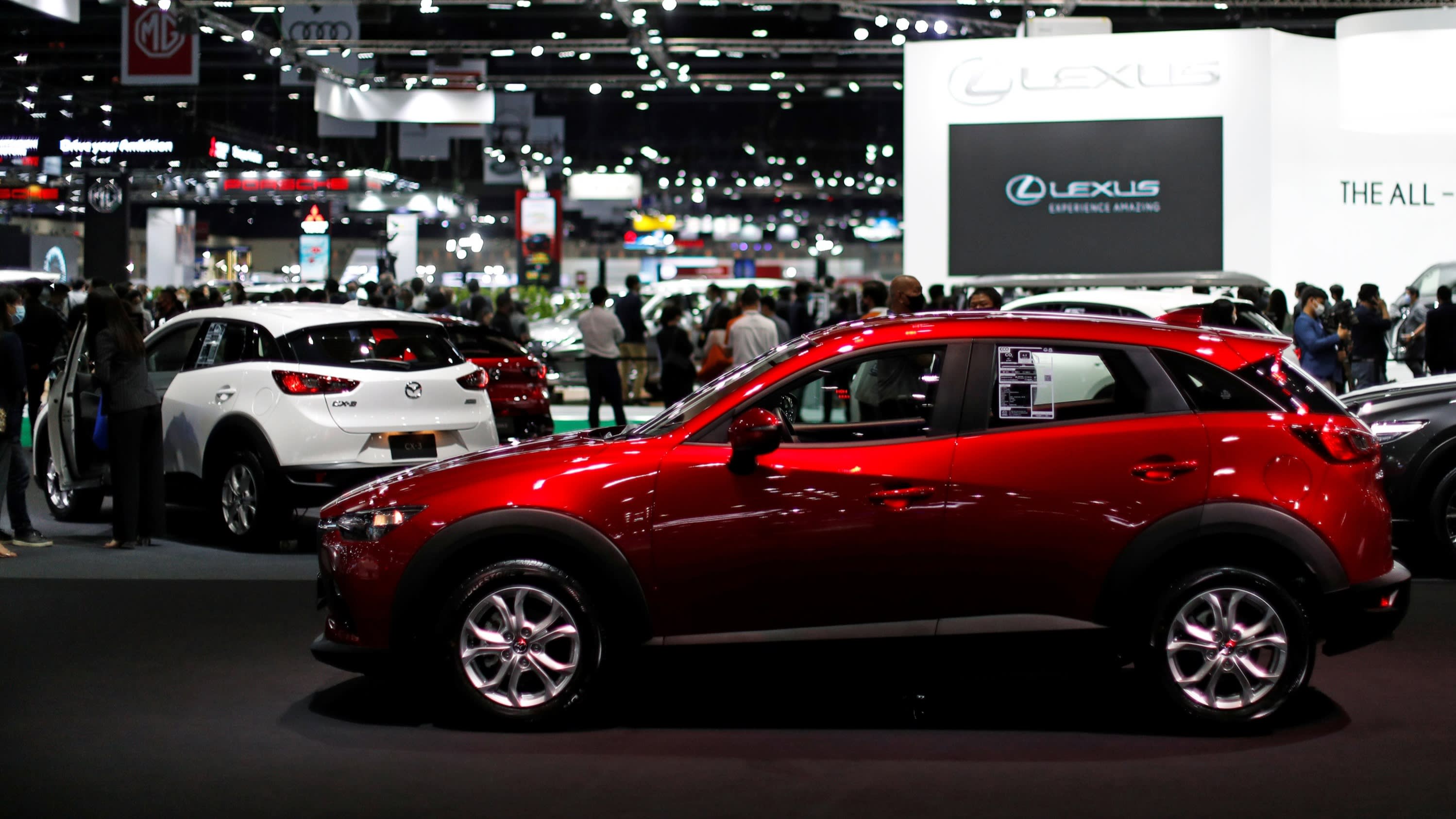 BANGKOK -- After a four-month delay, the Bangkok International Motor Show opened to the public on Wednesday with the goal of reviving Thailand's automobile market.

The motor show, one of the largest in Southeast Asia, is the country's first large-scale exhibition since a coronavirus state of emergency was imposed in March. Considering last year's expo drew 1.6 million people over a two-week period, organizers are strictly enforcing disease prevention measures.

Attendees have their temperature checked with the type of equipment used at airports. Guests also are required to record their arrival in a government-issued contact tracing app.

The expo doubled the width of aisles to reduce crowding and allow for social distancing. Those invited to sit inside vehicles on display are asked to sanitize their hands first.

Thailand's new-auto sales shrank 40% from a year ago during the first five months of the year. Consumers lost purchasing power due to the economic restrictions.

The lockdown caused the postponement of the motor show from its original March date. Now automakers here seek to resuscitate demand by rolling out new models.

Toyota Motor staged a world premiere of its new Corolla sport utility vehicle in Thailand on July 9. The Corolla Cross, which is manufactured locally, was on display Tuesday during the show's preview event open only to the media.

"You can spend time with your family in a secure space," said Michinobu Sugata, president of Toyota Motor Thailand, touching on coronavirus concerns.

Mazda Motor on July 1 released its new CX-3, a compact SUV that is made locally as well. The minimum price of the vehicle is roughly 10% lower compared with the previous model.

Chanchai Trakarnudomsuk, president of Mazda Sales (Thailand), stressed the need for carmakers to work together to stimulate the market in such areas as the release of new models.

Germany's Mercedes-Benz and U.S. motorcycle manufacturer Harley-Davidson skipped this year's show. To accommodate would-be visitors who opted to stay home, the event is hosting a simultaneous virtual expo where participants can view catalogs and hold business discussions via chat.