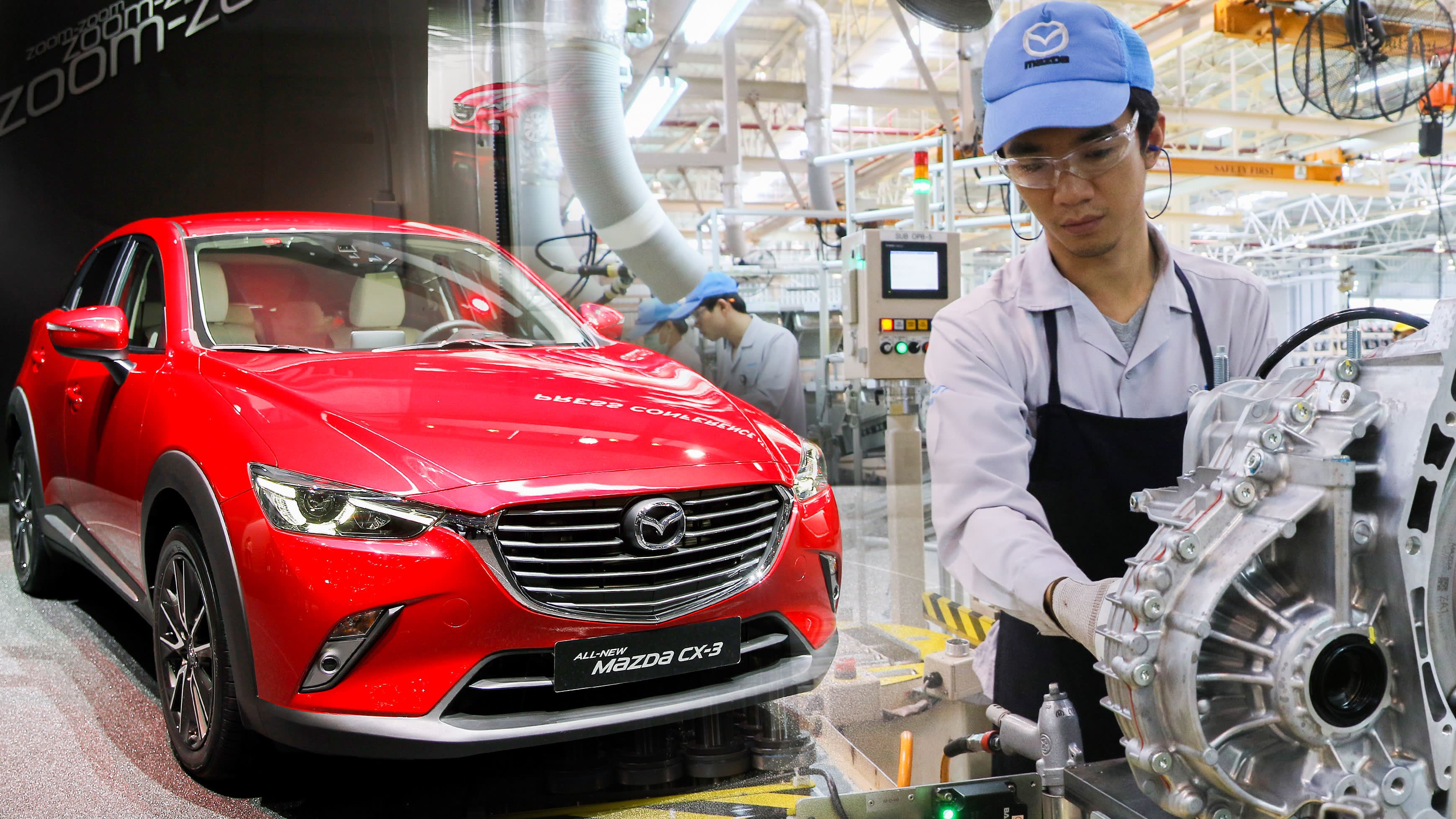 TOKYO -- Mazda Motor will review its production footprint in Thailand, Southeast Asia's top automotive hub, and move the assembly of some models to Japan, as the automaker combats the continued appreciation of the baht against key currencies.

Mazda will relocate the production of CX-3 sport utility vehicles meant for the Australia market to a factory in the western Japanese city of Hofu, in Yamaguchi Prefecture as early as December. The CX-3 has been one of Mazda's top export models from Thailand.

The automaker's plant in Thailand has an annual production capacity of 135,000 vehicles. The CX-3 accounts for 25,000 vehicles, of which 14,000 are exported to Australia. Mazda will shift more CX-3 production to Hofu in stages.

Thailand's baht has been a top performer among emerging market currencies, due largely to the country's current-account surplus. This year, the currency has gained 8% on the Australian dollar and about 6% against the U.S. dollar.

Mazda's decision is part of a wider phenomenon in which companies hurry to adjust their strategies to protect themselves from the rising bhat. General Motors cut more than 300 jobs in Thailand this summer, and its output there dropped 15% year-on-year in the first 10 months of this year, according to MarkLines, a Tokyo-based automotive industry information company.

Faced with lower orders, Japanese steelmaker Nippon Steel has brought down its plant utilization in its Thai facility, where it churns out high‐tensile steel plates for Japanese automakers including Mazda.

Thailand is central to the operations of Japanese automakers, who dominate the Southeast Asian market. Toyota Motor, Honda Motor, Nissan Motor, Mazda and Isuzu Motors all have factories there.

In 2018, a total of 2.16 million vehicles were made in Thailand, with half headed for export. 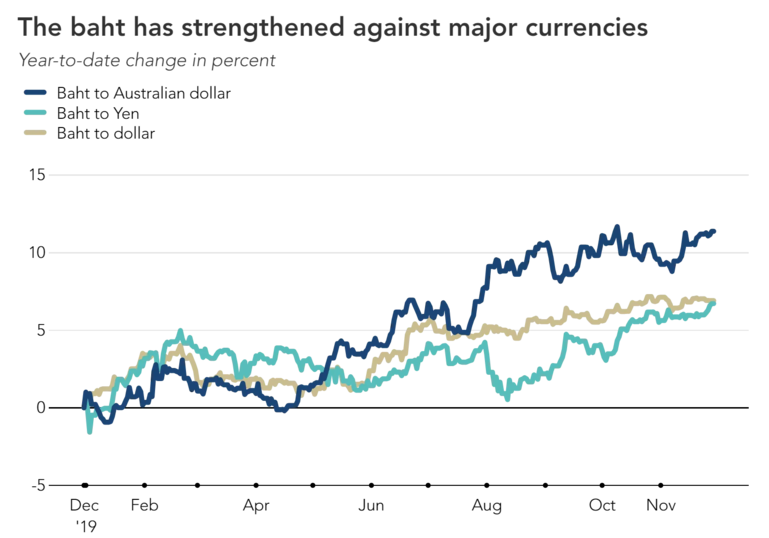 Mazda's plans for more flexible "swing production" will see the company juggle work between domestic and overseas plants in order to optimize its response to factors such as fluctuating demand.

Exchange rates shaved 37.5 billion yen ($343 million) from Mazda's operating profit in the April-September period. These currency issues also slashed 90 billion yen from Toyota during the period, compared with about 50 billion yen for Honda.

Mitsubishi Motors, which has a large export base in Thailand, endured a similar drop of 22.2 billion yen over the six months.

"We have shipped 80% of our cars made in Thailand overseas, but will [need] efforts to sell out locally," Mitsubishi's chief financial officer, Koji Ikeya, told the Nikkei Asian Review.

Isuzu, which produces pickup trucks in Thailand and exports them to other parts of the world, has also been damaged by the currency changes. "We export Thai products to about 120 countries. The profitability of the business has declined significantly due to the appreciation of the baht," said President Masanori Katayama.

In 2017, Toyota became the last Japanese automaker to shut its manufacturing operations in Australia. Exporting vehicles to the country instead has made exchange rate fluctuations a bigger concern. The yen has also strengthened against the Australian dollar this year, but only by about 3%.

Reduced demand in China and other major markets has added further pressure to profitability in the sector.