Mazda slams brakes on 1.8m auto sales goal after less than a year

Move comes after volume plunges 25% from January to June 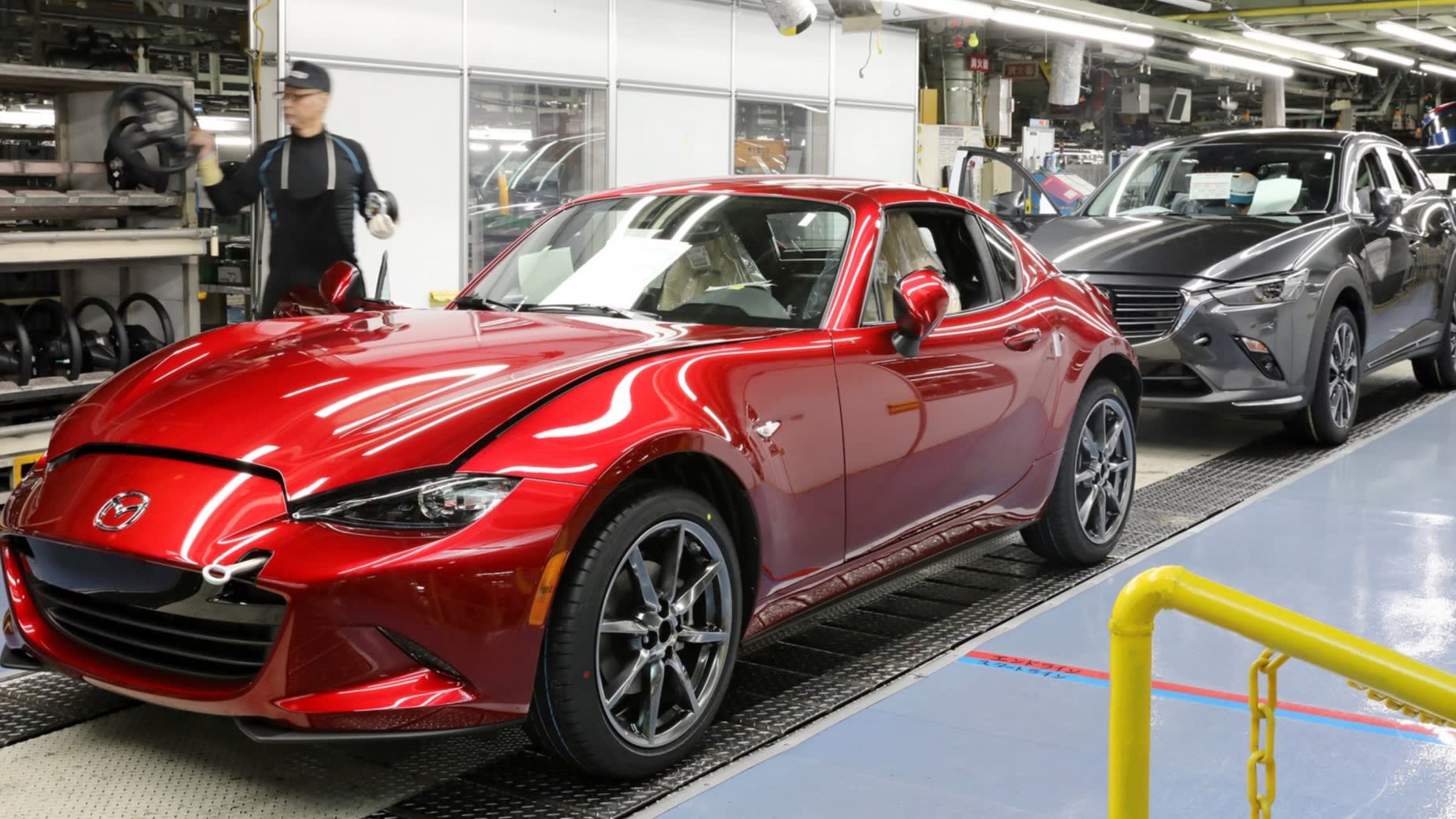 TOKYO -- Mazda Motor will retract its goal of selling about 1.8 million vehicles worldwide by fiscal 2024 as the Japanese automaker struggles with the impact of the coronavirus pandemic, Nikkei has learned.

Mazda's vehicle sales plummeted by a quarter in the first half of this year, further dimming prospects for reaching the target. The company is expected to announce the decision Friday.

The about-face would mark the latest setback for Japan's auto industry amid the pandemic. Nikkei last week reported Mitsubishi Motors' plans to close a sport utility vehicle factory in the country.

Mazda announced the 1.8 million-vehicle target in November as part of its medium-term business plan. This represents a 15% increase over fiscal 2018. But in fiscal 2019, which ended this March, global sales dropped 9% to 1.41 million vehicles after a lackluster performance by new models.

Between January and June this year, sales declined 25% on the year to 560,000 vehicles. Although sales have recently showed signs of recovery in the U.S. and China, Mazda is holding off on setting a new medium-term target until a later date.

Headquartered near Hiroshima, Mazda achieved success with its fuel-efficient Skyactiv engine, which was first equipped in models released in 2012. Last year, Mazda tried to boost sales with the rollout of the Mazda 3 subcompact and the CX-30 SUV, but its ambitious pricing backfired.

Mazda and Toyota Motor are building a joint-venture plant in the U.S. state of Alabama that is due to begin operation next year. Mazda is also investing heavily in electric vehicles and other next-generation autos.

Nikkei reported in May that Mazda had requested 300 billion yen ($2.8 billion) in financing from Japan's three leading banks and other lenders as it braced for further fallout from the coronavirus pandemic.