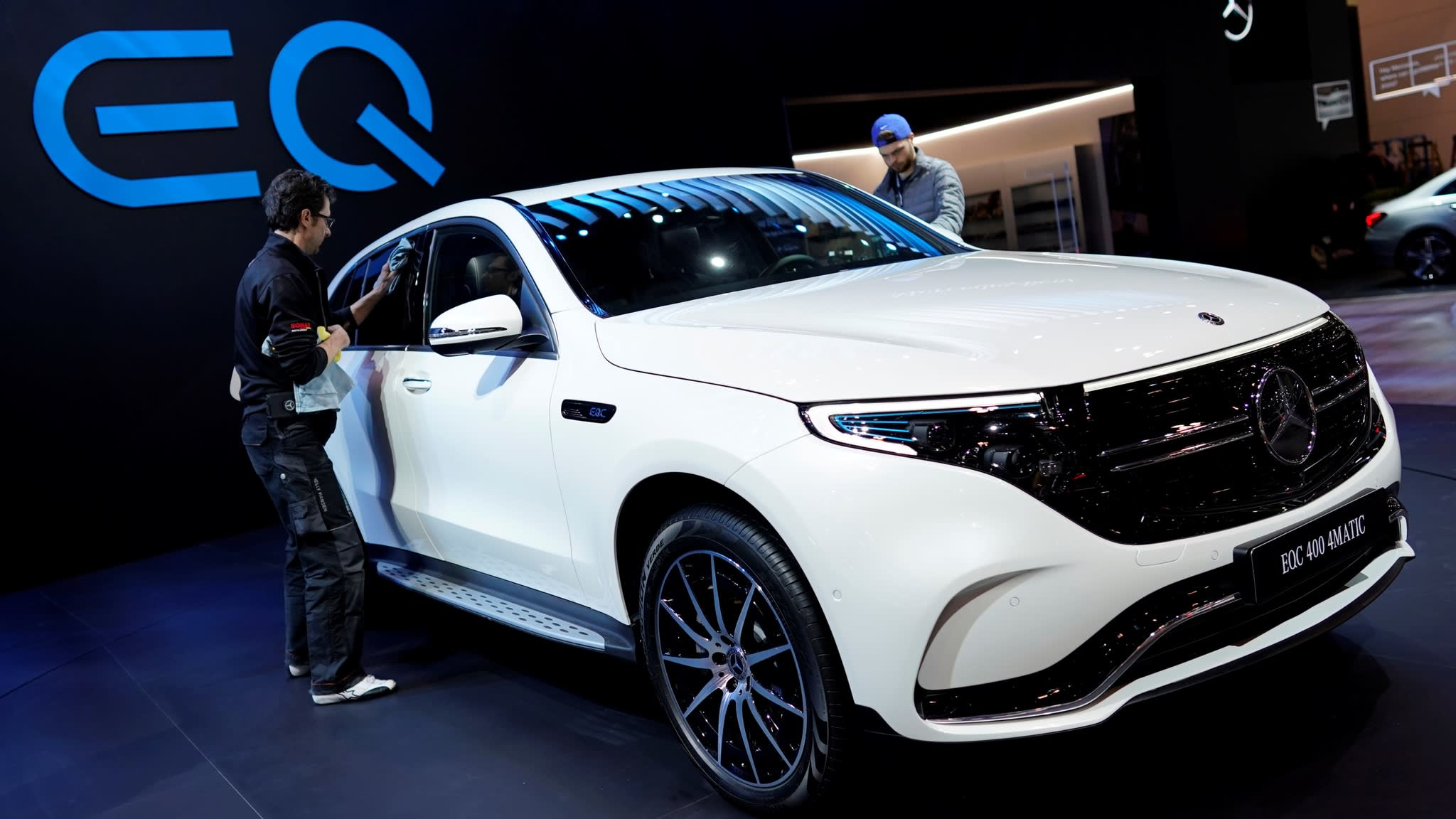 Mercedes-Benz aims to have electrics and plug-in hybrids make up at least half of the passenger vehicles it sells by 2030.    © Reuters
SHUNSUKE TABETA, Nikkei staff writerJuly 4, 2020 00:25 JST | China
CopyCopied

The luxury automaker will acquire a 3% stake in Farasis in a deal estimated by Chinese media at 900 million yuan ($127 million). The two companies will jointly develop batteries for electric autos and plug-in hybrids. Farasis will supply batteries from production centers in China as well as a new carbon-neutral plant being built in eastern Germany.

Mercedes-Benz aims to have electrics and plug-in hybrids make up at least half of the passenger vehicles it sells by 2030. The German company hopes that involving Farasis in battery development early on will improve energy density, charging time and cost-competitiveness. Mercedes-Benz looks to ensure a steady supply of batteries for electric vehicles with the Farasis deal, announced July 3. (Photo courtesy of Daimler)

Farasis, established in 2009, operates plants in China's Jiangsu and Jiangxi provinces. The company plans to list soon on the Shanghai Stock Exchange's STAR Market, China's answer to Nasdaq. Its value is estimated at 30 billion yuan.

A number of German automakers are focusing on the development and sale of electric and plug-in-hybrid autos in China, which has become the world's largest market for the vehicles thanks primarily to government incentives.

Volkswagen said in May it would acquire a 26% interest in major Chinese battery maker Gotion High-tech, becoming its top shareholder. BMW has a contract to source batteries from Contemporary Amperex Technology, the global major also known as CATL.