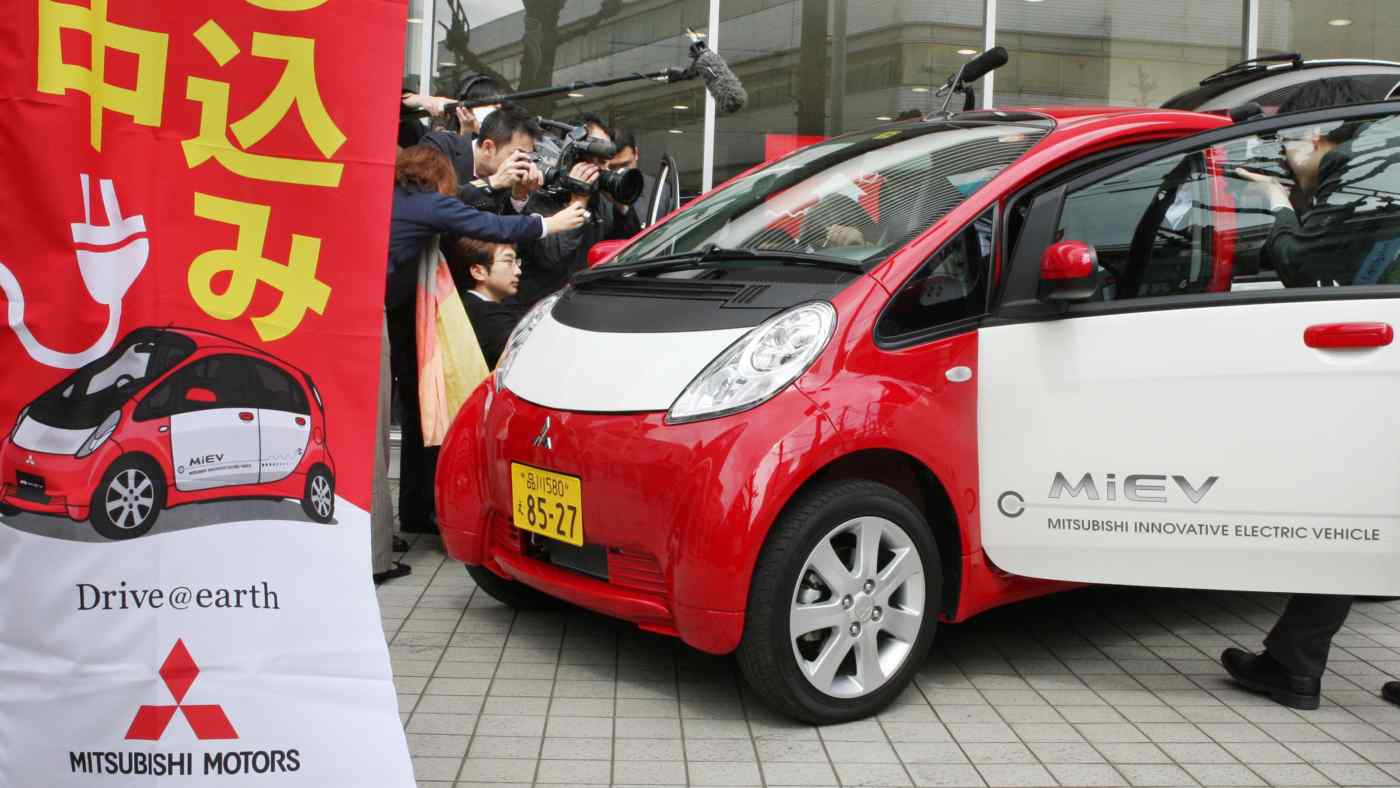 TOKYO -- Mitsubishi Motors will stop making the world's first mass-produced electric passenger car, the i-MiEV, as early as the end of fiscal 2020, Nikkei has learned.

Sales of i-MiEVs have been sluggish, and the cars lag behind those of rivals in cruising distance and other factors.

Mitsubishi Motors has marketed i-MiEVs since 2009 in more than 50 countries, including Japan, Europe and the U.S., but has sold only 32,000 so far.

That is in stark contrast with Nissan Motor's Leaf, about 500,000 of which have been sold since its release in 2010.

"We didn't have enough money and personnel to continue investing in EV development," said a Mitsubishi Motors executive.

Mitsubishi could not undertake even a single full remodeling of the i-MiEV, whose cruising distance on a full charge remains unchanged at about 160 km.

Mitsubishi Motors will develop a new electric minicar to replace the i-MiEV with its alliance partner, Nissan. The two plan to release the new model in fiscal 2023 at the earliest.

Partnerships among automakers are increasing amid the intensifying race to develop electric vehicles. Honda will partner with General Motors to develop two electric cars for North America.