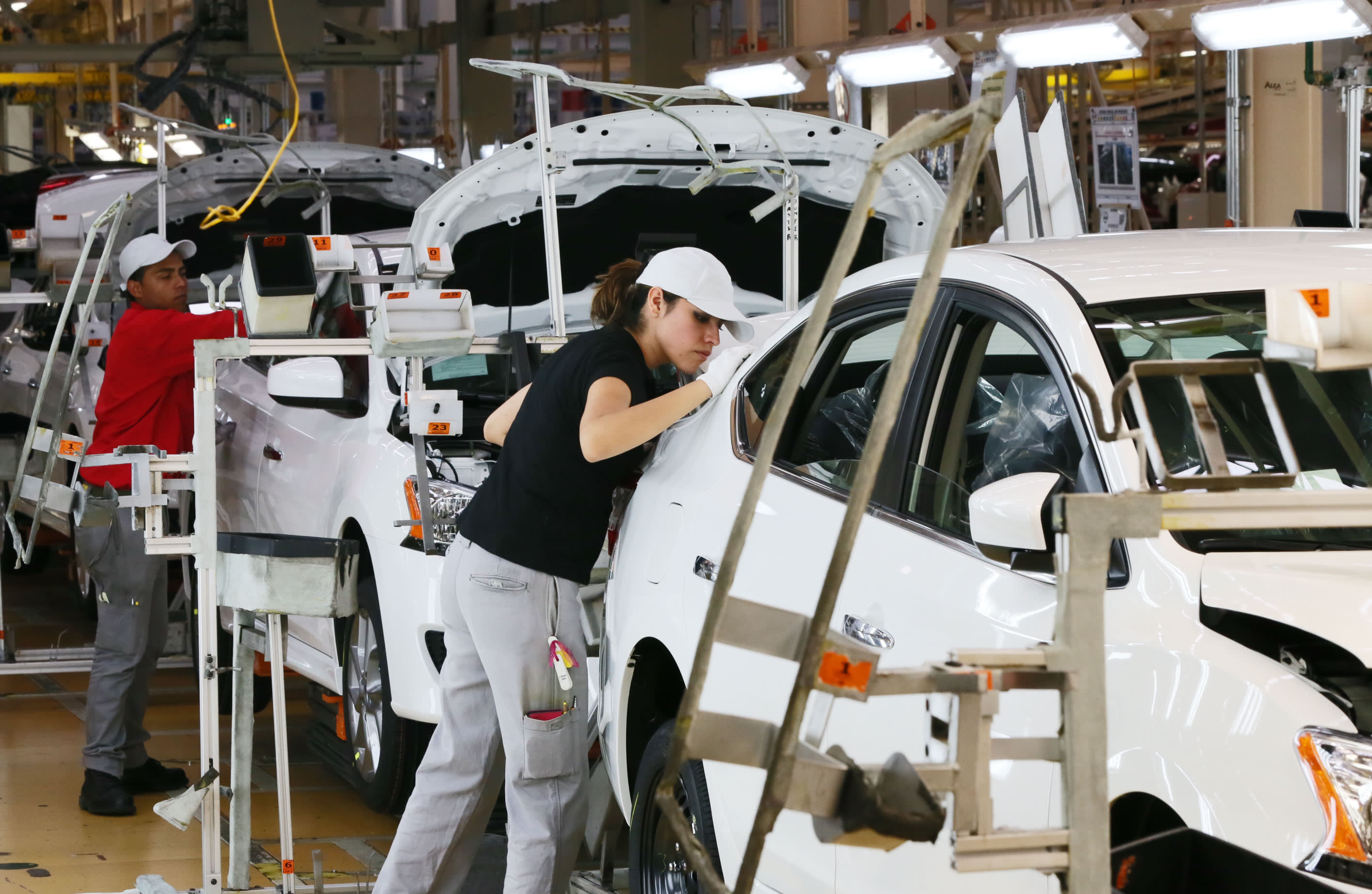 A Nissan assembly plant in Mexico: Many Japanese automakers have operations spanning the U.S.-Mexico border. (Photo by Keiichiro Asahara)

The Trump administration struck a new NAFTA deal with Mexico last August and then with Canada that September. The trio signed the United States-Mexico-Canada Agreement in November.

Yet many companies remain hamstrung. Only Mexico has ratified the USMCA, and in the U.S. and Canada its prospects are unknown.

"Should we change our supplier network or keep paying tariffs?" asked Narutoshi Wakiyama, a senior managing officer at Showa, which makes power steering systems for Honda Motor. "There are too many variables for us to make a decision."

With Mexican and U.S. production facilities, Showa is considering procuring more parts in Mexico from local suppliers and upgrading American plants, where it can shift production to. But it may ultimately make more sense to keep paying tariffs, depending on things play out.

Mexico and Canada are the top- and third-ranked auto parts exporters to the U.S. by value and are home to many factories of Japanese parts makers, which supply local plants of Toyota Motor, Nissan Motor and Honda.

Exhaust parts supplier Sanoh Industrial ships 70% of what it makes in Mexico to the U.S. Not all of its products will meet USMCA local procurement standards, meaning a new tariff burden. Sanoh is considering building American production facilities, but "given that U.S. trade policy can change with a tweet, it's hard to make a decision," a senior executive said.

Parts makers also worry that tariffs could go up regardless of the agreement. Amid his immigration dispute with Mexico, Trump announced in May a 5% tariff on all goods from the country. The tariff was never imposed, but companies fear that the threat may reemerge anytime.

Automakers are moving to cope with the new normal. Toyota unveiled in March plans to newly invest nearly $750 million to upgrade U.S. plants and ramp up output of hybrids and parts.