Nissan at risk of $740m body blow from no-deal Brexit 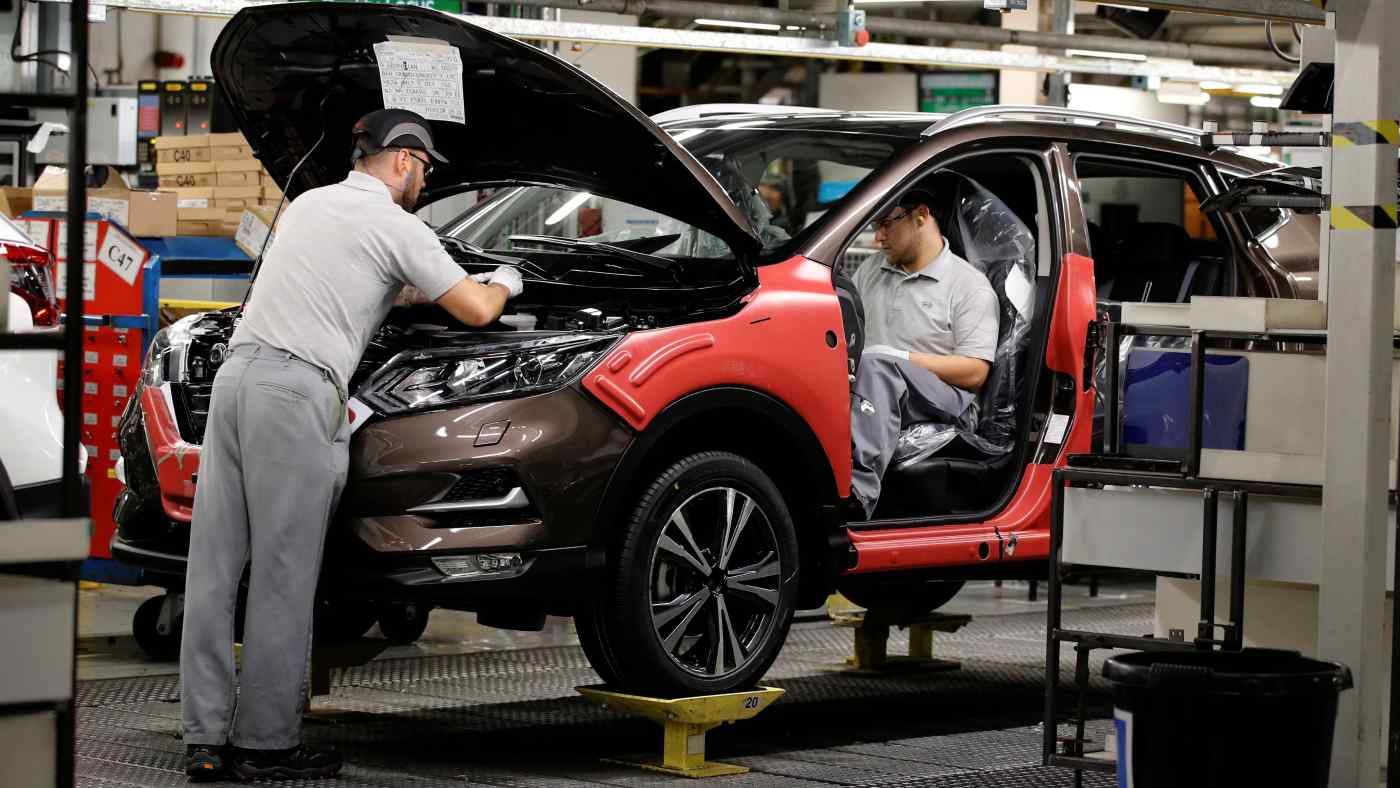 TOKYO -- Nissan Motor stands to sustain over 80 billion yen ($737 million) in asset write-downs in a worst case scenario if the U.K. withdraws from the European Union with no deal, a further blow to the automaker's sagging profits.

As British and EU negotiators this week raced the clock to reach an agreement by an Oct. 31 deadline, Nissan began production of redesigned version of its popular Juke compact crossover at the Sunderland plant in northern England.