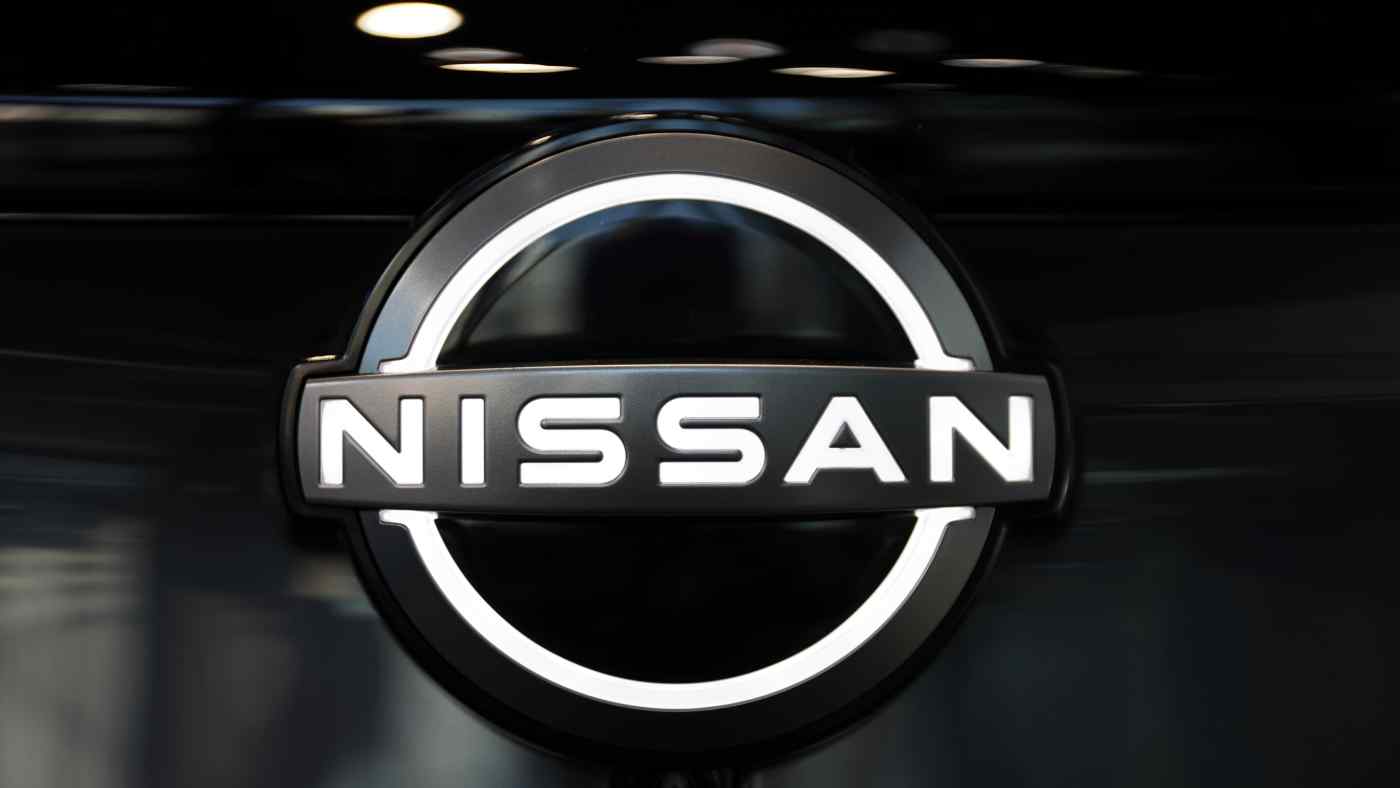 TOKYO -- Nissan Motor forecasts a net loss of 60 billion yen ($551 million) in the year ending March 2022, the company said Tuesday, as a global semiconductor shortage continues to drag on its operations.

That will mean a third consecutive year of losses for the company, although the forecast figure is substantially lower than in previous years, as Nissan breaks free from former Chairman Carlos Ghosn's strategy of aggressive expansion. The global chip crunch will result in Nissan producing 500,000 fewer vehicles.

Nissan expects to break even on an operating-profit basis, while sales are estimated at 9.1 trillion yen. The company posted a net loss of 448 billion yen for the year ended in March, narrowing from a 671 billion yen loss in 2019.

"Due to the significant impact of semiconductors and soaring materials prices, we expect at the moment that our operating profit will stand at plus or minus zero," said Nissan CEO Makoto Uchida at an online earnings conference Tuesday.

The company expects to sell 4.4 million units this fiscal year, up 8.6% from a year earlier that was hit by COVID-19. Uchida said that nearly 50% of the 500,000 vehicles impacted by the chip crunch may be recovered in the second half of the year. Nissan said in April that it is adjusting its output in the U.S., Mexico as well as in Japan this month due to the chip shortage, which was caused by an unexpectedly strong rebound in global auto demand last fall. The situation was exacerbated by widespread chip manufacturing disruptions in Texas due to severe weather in February and a fire at Japan's Renesas Electronics in March.

While Nissan still expects a net loss, the company's restructuring that started a year ago as Nissan Next -- in an aim to shift the automaker's focus away from global market expansion policies pursued by Ghosn -- has yielded some fruit. It believes a recovery in overall performance will lift its operating profit by 550 billion yen this fiscal year.

Nissan's sales incentives, which allow discounts for dealers and had been offered excessively in the past in pursuit of a higher global market share, were down 4.6% per unit from a year ago in the U.S., and down 3.1% in Japan.

U.K.-based automotive market research company Autodata said Nissan's incentives in the U.S. were lower than the industry average in March for the first time in nearly three years. 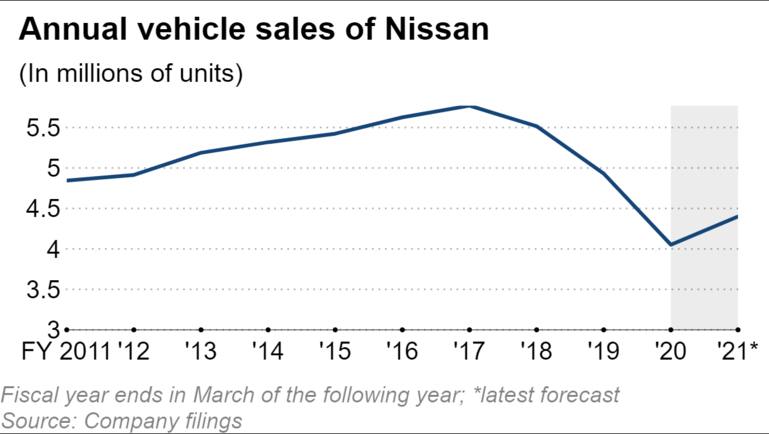 The reduction of incentives contributed to lower sales costs, boosting the bottom line for the automaker. Despite fewer incentives, newly launched models led upbeat sales: The company said there was record-high overall buyer satisfaction in its U.S. business for its new sport utility vehicle Rogue, for example. This was a vast improvement from outdated models in the past that had sent customers to its competitors.

"If we keep the quality of discipline in the sales with strong dealer engagement, incentives will come down naturally," said Ashwani Gupta, COO of Nissan at the conference.

The company said it was able to cut fixed costs by 350 billion yen last fiscal year compared with fiscal 2018. The automaker plans to cut annual production capacity by 20% to 5.4 million vehicles through March 2024.

Uchida, who vowed last May to release 12 new models in the next 18 months, says 11 models have been either announced or launched. "In addition to achieving financial discipline, we are certainly creating value with our new models instead of aiming for stretched vehicle sales," said Uchida. "This will lead us to a 5% operating profitability for the fiscal 2023," as the company has been targeting, Uchida stressed. Streamlining operations would help the company move further into electrification. "We will keep sufficient budget for capital investment and research and development for electrification," said Uchida, adding that Nissan is a pioneer of fast-growing electric vehicle and zero-emission cars with its Leaf launched in 2010.The company revealed in January a plan to launch only electrified vehicles, meaning EVs and hybrids, in its key markets by the early 2030s, as it seeks to achieve carbon neutrality by 2050.

While some of its rivals such as Honda Motor vow to phase out gasoline-powered vehicles, including hybrids, Uchida remained more cautious.

"Customers decide whether gasoline vehicles will run out or not," he said. "What we will do is to balance environmental contributions with customer needs."