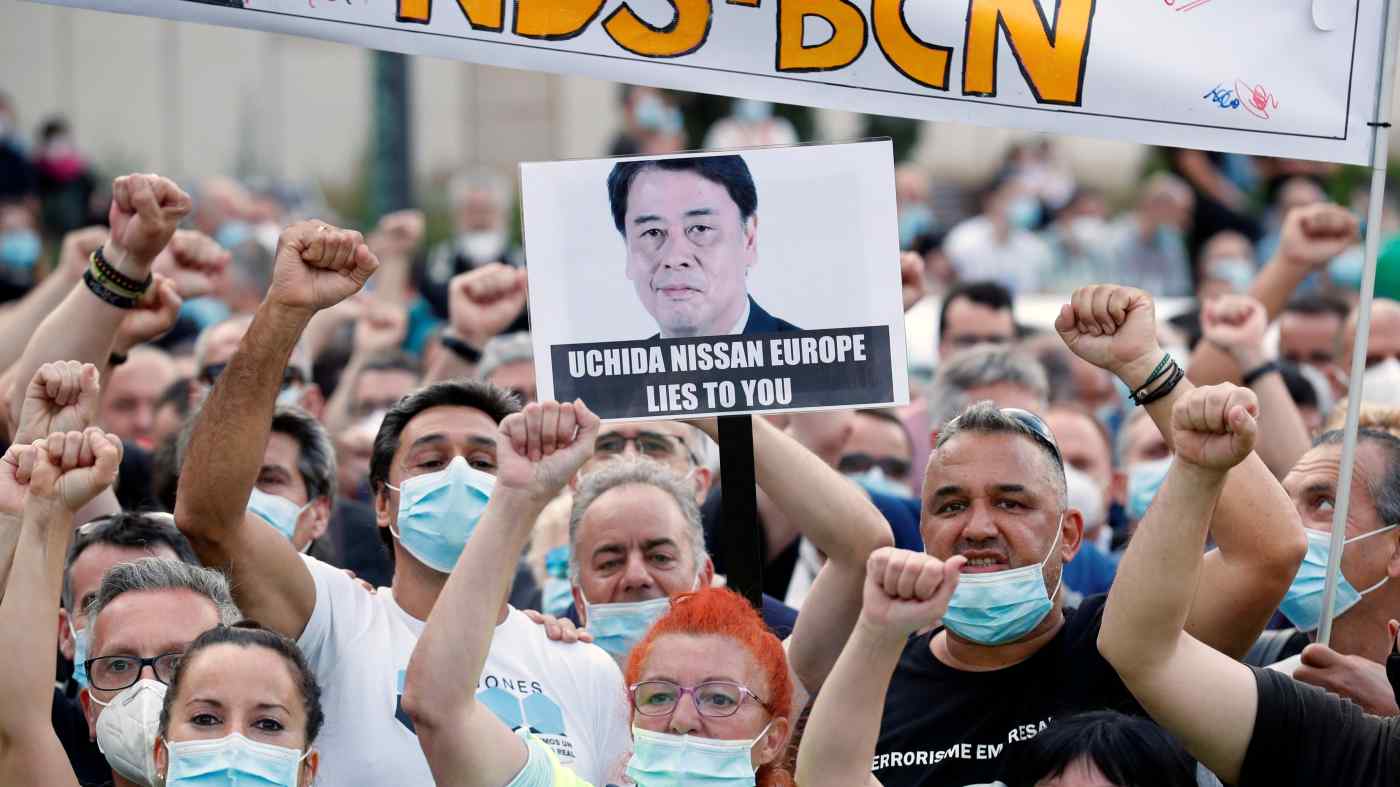 TOKYO -- The massive restructuring plans laid out by Nissan Motor that led to its worst loss in 20 years have not dispelled doubts among investors and analysts about whether the Japanese carmaker is now fully on the road to recovery.

Nissan is likely to face more restructuring costs, and CEO Makoto Uchida will need more time to gain investor confidence after being in the post for less than six months, analysts contacted by the Nikkei Asian Review said.

"Nissan was able to show its plans to stop the bleeding, but its revitalization path remains in the dark," said Takaki Nakanishi, CEO of Nakanishi Research Institute, a Tokyo-based auto industry research company.

Nissan's shares fell 11% to 400 yen on Friday, a day after it announced a net loss of 671 billion yen ($6.2 billion) for the year ended in March. The plunge follows an 8% surge on Thursday, after Nissan, Renault and Mitsubishi Motors announced a midterm plan for their Franco-Japanese carmaking alliance.

While the carmaker did not give its guidance for the current year through March 2021, analysts expect it to post a net loss of 170 billion yen, according to FactSet.

The carmaker's latest net loss includes 603 billion yen in costs associated with restructuring and impairments, underscoring the company's claim to be changing course. The annual loss was almost as large as in fiscal 1999, when Nissan was in the early phases of restructuring under Carlos Ghosn, the dominant figure at the company for almost two decades until 2018.

Uchida revealed a series of cost-cutting plans for the next four years that call on the automaker to concentrate on core markets and products. Nissan will reduce its global production capacity by 20% to 5.4 million units a year and cut 300 billion yen of fixed costs. It will close plants in Spain and Indonesia and withdraw from South Korea -- where a local peer says Nissan's market share was too small to affect its business.

But some analysts question whether these measures will be enough to restore Nissan's profitability.

A significant amount of the 20% of capacity to be cut has already been suspended, meaning the latest move will have less impact than the headline figure suggests.

The company also said in July 2019 it would reduce 12,500 jobs, but Uchida declined to comment on the scale of the additional job cuts associated with the latest plans, including the plant closures. Analysts also expect Nissan faces the cost of further job cuts. 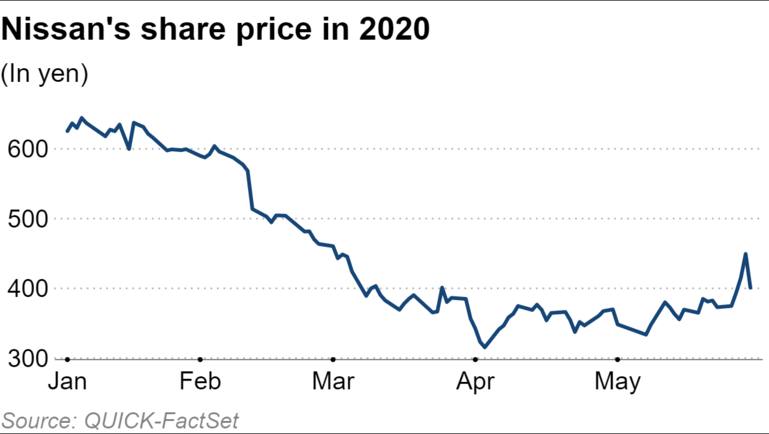 The impact of the restructuring is likely to be more limited than it appears, Nakanishi said, adding that "the true reform is yet to be launched."

Seiji Sugiura, a senior analyst at the Tokai Tokyo Research Institute, also said the automaker's claims for the scale of its restructuring appear exaggerated. "Their restructuring plan appears forward-looking," he said, "but investors are selling Nissan as the company seems to be on shaky ground."

Toshihide Kinoshita, senior analyst at SMBC Nikko Securities, pointed out in a report that Nissan's management said free cash flow for the auto business would turn positive only in the second half of the fiscal year ending March 2022.

"Markets may think the company spilled out negative factors ... [but] it should be understood that it takes time for the profit environment to return to normal," Kinoshita said.

Nissan, together with Renault and Mitsubishi, on Wednesday laid out plans for each of the alliance members to lead operations in a given product, technology and region. While the areas of responsibility have been clearly demarcated, implementation is less defined, analysts say.

"It has been unable to be done [for over 20 years] even under Ghosn's leadership," Nakanishi said. Neither did the companies state how they would deal with businesses outside their leading areas, leaving room for ambiguity, he added.

Analysts said it was positive that Uchida had managed to come up with the midterm plan less than half a year after his appointment as CEO and amid the coronavirus headwinds.

But "it is still unclear how he is going to show his ability to unite Nissan," Sugiura said. Uchida is viewed within Nissan as a strong advocate of the alliance, while some other senior executives want greater independence from Renault.

Jaewon Kim in Seoul contributed to this report.