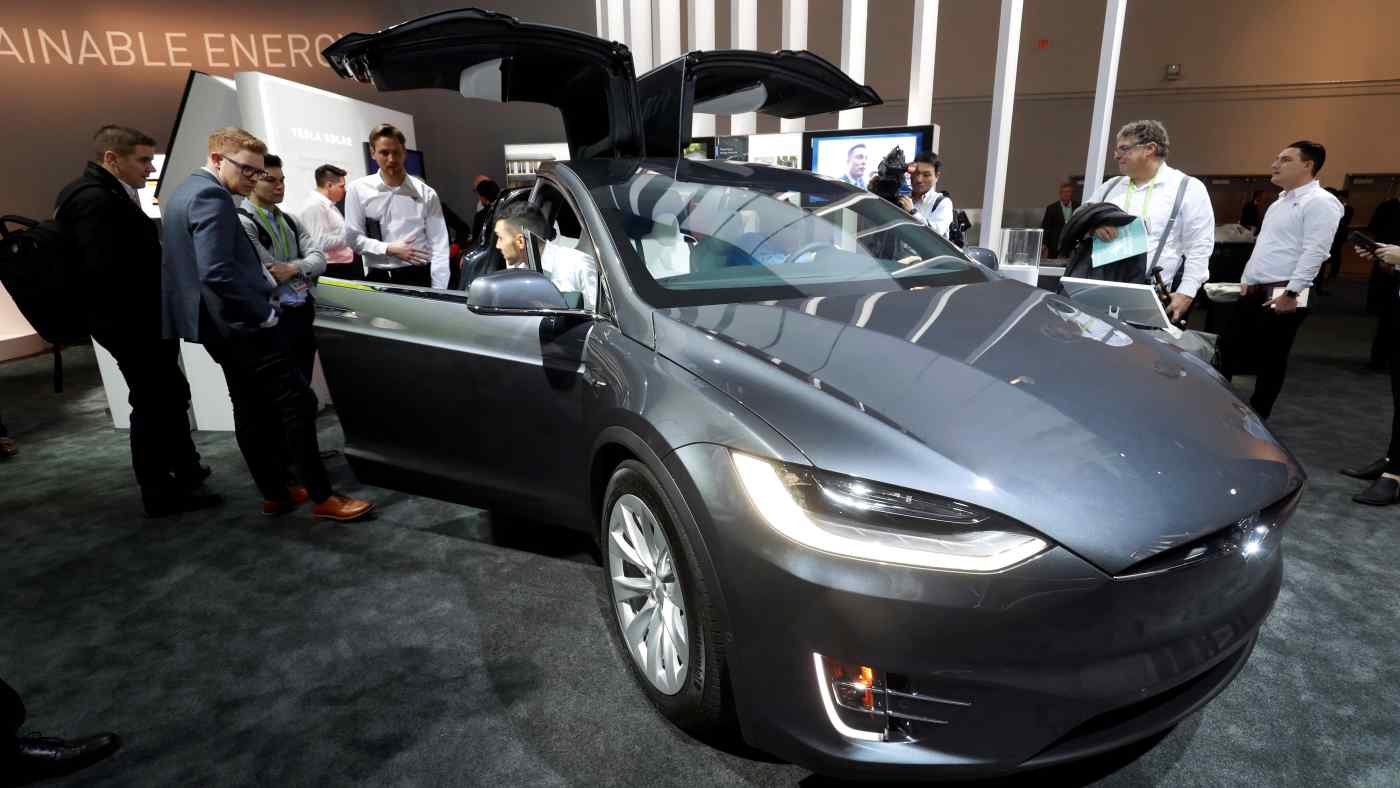 OSAKA/PALO ALTO, U.S. -- Panasonic will boost production capacity of batteries for Tesla next year in an investment expected to exceed $100 million, Nikkei learned on Wednesday.

The investment will be made in Gigafactory 1, a battery plant in the U.S. state of Nevada with 13 production lines. Panasonic will add another line, increasing capacity by 10% to 39 gigawatt-hours per year.

This is the first capacity expansion at Gigafactory since it opened in 2017. Panasonic is also upgrading the batteries being produced at Gigafactory, raising each battery's storage capacity by 5%, starting in September.

The investment marks an easing of tensions between the two partners, whose relations have been rocky since spring 2019. Feelings have been smoothed thanks in part to booming sales of Tesla EVs, such as its Model 3 sedan, prompting the Japanese company to pour more money into the partnership.

Despite the coronavirus pandemic, the Model 3 has been enjoying brisk sales. The California company, co-founded by billionaire Elon Musk, is ramping up to start mass production of its Model Y sport utility vehicle. Tesla is also fielding many orders for its new Cybertruck pickup, which was unveiled in November last year.

Musk cited limited battery production as a challenge to growth in a news conference on July 22.

There were earlier plans to boost output at Gigafactory, with the two companies in 2018 hoping to eventually boost capacity by 50%. The plan never came off, as Model 3 production hit a snag.

The spat between the two companies went public after Musk tweeted that battery supply had become a constraint on Model 3 production.

Today, Tesla enjoys strong growth in sales and earnings, and both sides seem content. "This is not the time to worry about making major investments," a Panasonic official said. Global sales at Tesla are projected to total 500,000 vehicles this year -- up 36% from the previous year -- leading the company to plan a new plant in Texas.