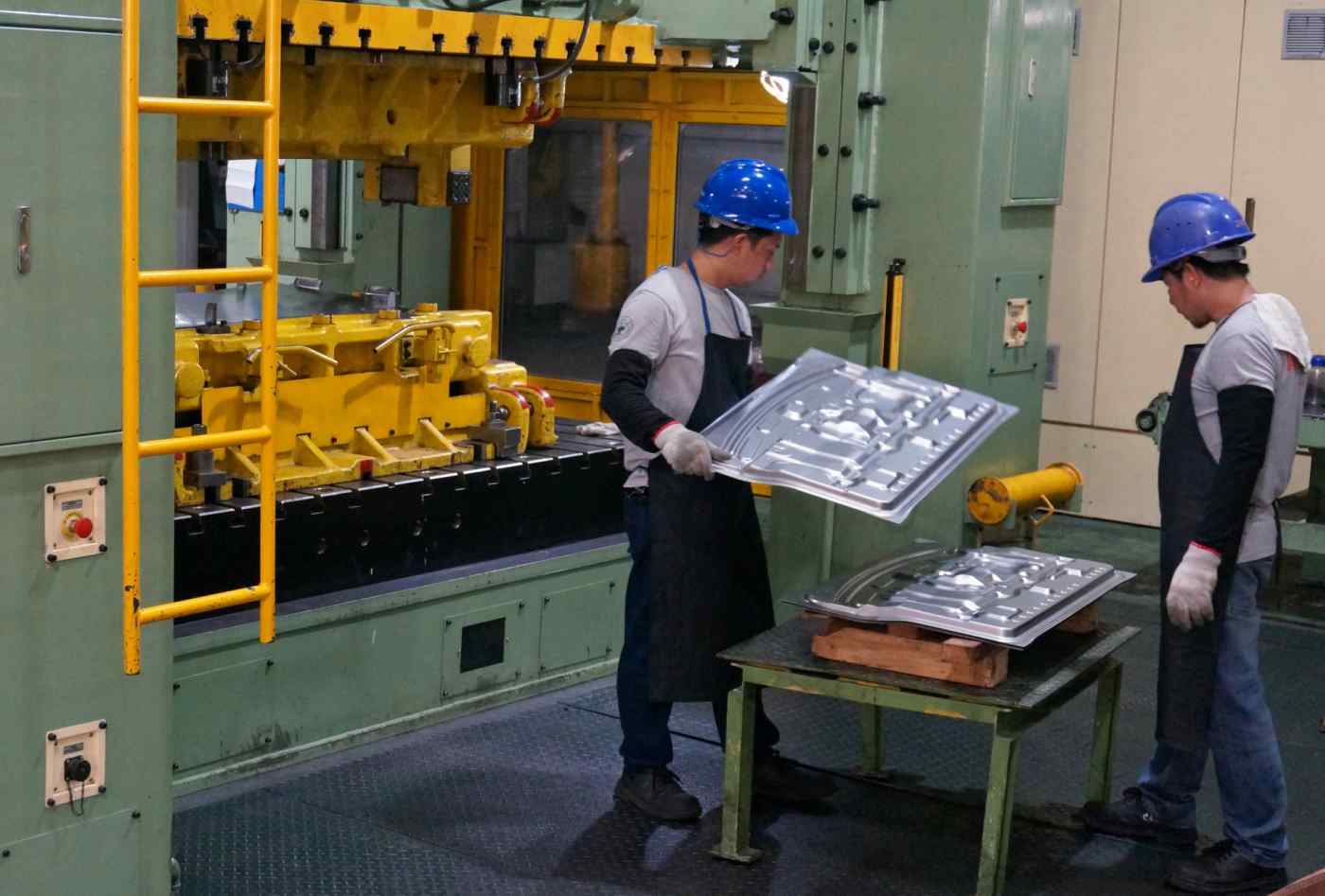 MANILA -- The Philippines' auto industry appears to be coming into its own thanks to government support, with Toyota Motor and Mitsubishi Motors using a majority of locally supplied parts when assembling flagship models in the Southeast Asian nation.

When Mitsubishi Steel Manufacturing celebrated the opening of a mill near one of its car factories in the province of Laguna, south of Manila on Dec. 9, the industry marked a milestone. The factory, which begins full operations in mid-2020, will supply suspensions for use in the Mirage. The carmaker had previously procured them from a Thai factory of a different supplier.

The opening was not only a boon for the job sector in a country where many of its young go abroad for work because of limited opportunities at home, but was also a testament to how far the industry has come. More than half of autos sold here are imports, and even Toyota and Mitsubishi -- which together control more than half of the market -- as well as other car manufacturers here use parts made elsewhere.

The drive to boost the industry started three years ago. Seeking to spur job growth in its manufacturing sector, the government of then-President Benigno Aquino III introduced an incentive program called Comprehensive Automotive Resurgence Strategy in 2016, offering up to 9 billion pesos ($178 million) of fiscal support per model to eligible carmakers. The program carries a strict set of criteria, including a domestic production quota of 200,000 units of a single model over six years and local procurement of more than half of parts used in a vehicle on a volume basis.

Mitsubishi enrolled the Mirage in the program, and Toyota signed up its Vios compact sedan as well.

"Ensuring quality was a challenge," said Edward Jose, president of the parts maker, which had already supplied products to Mitsubishi as well as Toyota. To meet the strict standards, the company hired and trained an additional 68 workers, or one-quarter of its existing workforce.

The Mirage's advanced, shell-like monocoque body requires higher standards for molding and welding than traditional models. "The fact that parts for this car can be made here is a testament to advancement of the Philippine auto industry," said Mutsuhiro Oshikiri, president and CEO of the local Mitsubishi arm.

Mitsubishi also encouraged affiliate parts makers to set up shop in the Philippines, and increased business with local suppliers. Now the company uses domestically made parts for half of all components in the Mirage, up from 30% and meeting the incentive program's quota.

Toyota started domestic production of the Vios in July 2018, and has lifted its local parts ratio to nearly 60% from less than half. To satisfy the quota, the automaker provided support to local suppliers. For instance, interior parts maker Manly Plastics bought the same assembly system as Toyota's and received technical assistance from the Japanese company for more than a year, said Vicente Co, vice president of the company. "Technical assistance is very important for us to consistently make good quality parts," he said.

Challenges remain. Because plastic and steel materials are mostly imported, Manly has more than three months' worth of inventories, incurring expenses. Engines and other parts are still imported, meaning production in the Philippines is not as cost effective as Thailand and Indonesia, the No. 1 and No. 2 car-making hubs among the Association of Southeast Asian Nations member countries.

"It costs about 10% more to build one car in the Philippines than in Thailand," said Satoru Suzuki, president of Toyota Motor Philippines. "This means that the costs are the same only after taking into consideration import expenses, which are nearly 100,000 yen ($915) per finished car," he said.

Demand also remains soft. The Philippine market grew rapidly earlier in the decade, with sales nearly tripling between 2011 and 2017 to a record 470,000 units a year. Automakers all painted rosy pictures, but sales tumbled to the 400,000-unit range in 2018, when vehicle taxes were raised. There are no signs yet of a resurgence.

Mitsubishi had added 600 jobs to expand its factory workforce to 1,000, only to carry out massive layoffs last year leaving only 500 workers. The automaker failed to meet the 1,000 units or more of monthly sales that are necessary to meet the 200,000 unit output quota.

The government of President Rodrigo Duterte is not helping to alleviate the situation. Manila plans to sharply cut back on fiscal support for exporters, sparking criticism among industry executives that the administration is not serious about bringing manufacturers here.