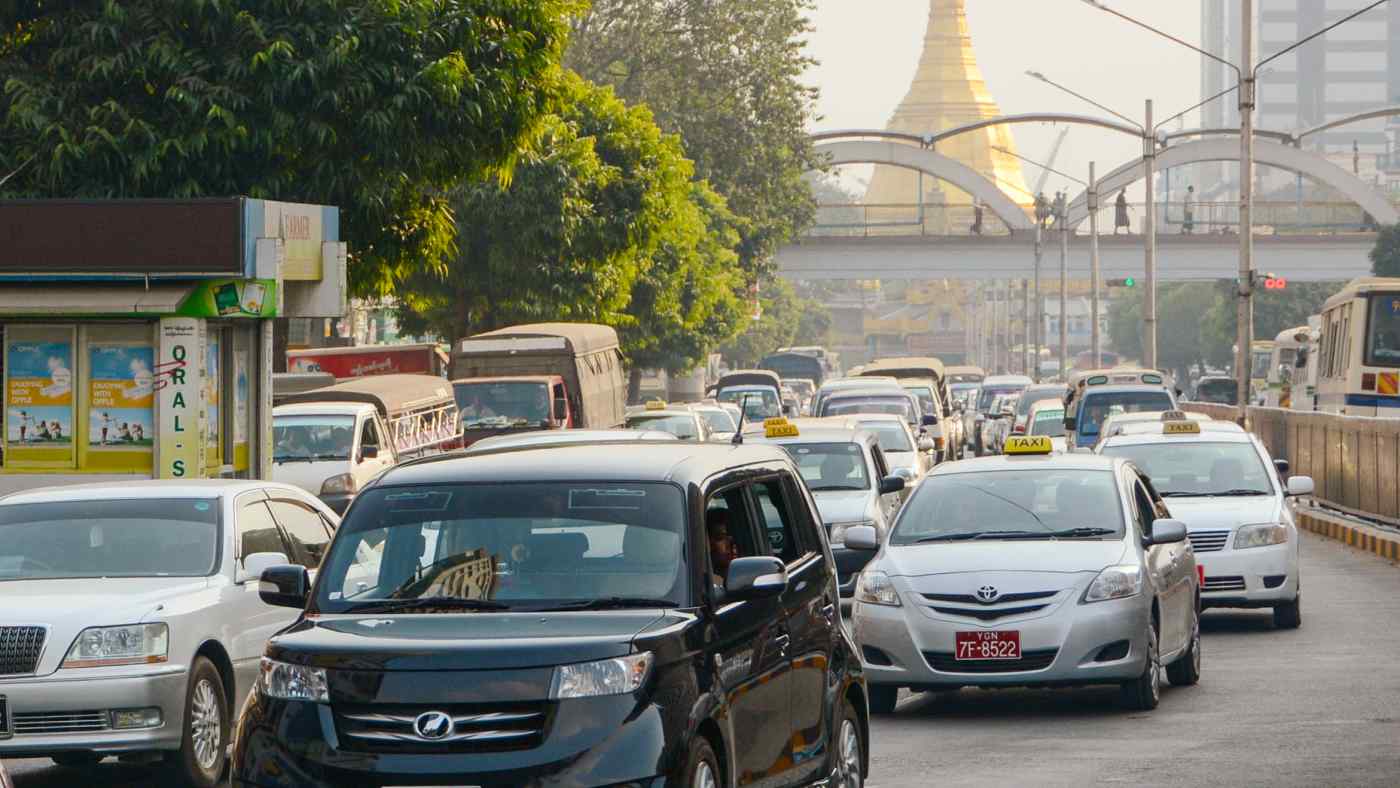 YANGON -- Toyota Motor began work on an auto assembly plant in Myanmar on Nov. 1, becoming the sixth automaker to venture into production in a country seen as the last untapped growth market in Southeast Asia.

The $52.6 million plant in the Thilawa Special Economic Zone outside Yangon will produce Hilux pickup trucks. It is slated to go online in February 2021.

The move fills the last gap in Toyota's Southeast Asian production map and solidifies its position in a country of 50 million where auto manufacturing is just starting to take root.

Suzuki, which found success as an early mover in India, and Hyundai Motor affiliate Kia Motors began making cars in Myanmar in 2013. Nissan Motor and Ford Motor followed later, and Hyundai started up an assembly plant here this past February.

Toyota's production move into the country -- first reported by the Nikkei Asian Review in May -- comes as the government tightens restrictions on imported autos. 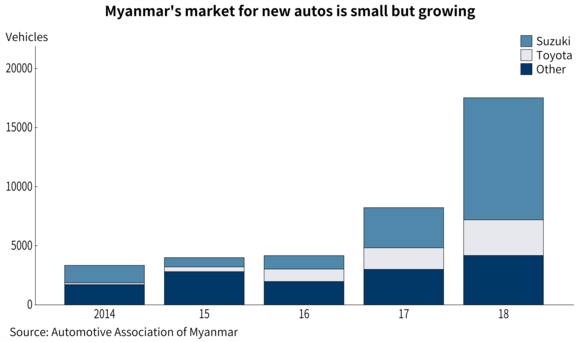 After the auto market was opened up in 2011 as the country began its transition from military rule, Myanmar saw an influx of used vehicles from Japan. Now, new imports are subject to fees from which local vehicles are exempt, and the government banned imports of right-hand-drive autos -- the type used in Japan -- last year. Auto exports from Japan to Myanmar are down by more than half from their peak.

New-auto sales more than doubled last year but still came to only 17,500 vehicles, a far cry from neighboring Thailand's 1.04 million or Vietnam's 280,000.

But Toyota's Matsuda sounded optimistic about the future. "The scale of Myanmar's market now is like Vietnam's 10 years ago," he said. "In the near future, there will be a shift to local production like in Vietnam."

"Toyota has a dominant brand in used vehicles. There will be intense competition for market share with the automakers that got in first," an industry insider said.

Southeast Asia has been a lucrative market for Japanese automakers. Toyota leads in Thailand and Indonesia, the region's two largest markets, with a 30%-plus share, and Honda Motor and Isuzu Motors sit in the 10% range.

Myanmar has the potential to serve as an export hub for the region. It is next door to Thailand, a key link in Southeast Asia's auto supply chain that exports 1 million vehicles a year. Road improvements underway along the East-West Economic Corridor, an international route running between Myanmar and Vietnam, will let goods travel between Yangon and Bangkok by truck in as little as a day.

Like other automakers operating in the country, Toyota will assemble imported components into vehicles at the new factory.

Toyota plans to use Thai facilities as a "mother factory" for the Myanmar plant, transferring technology and know-how from one to the other. This will be its first time having facilities outside Japan fill that role.