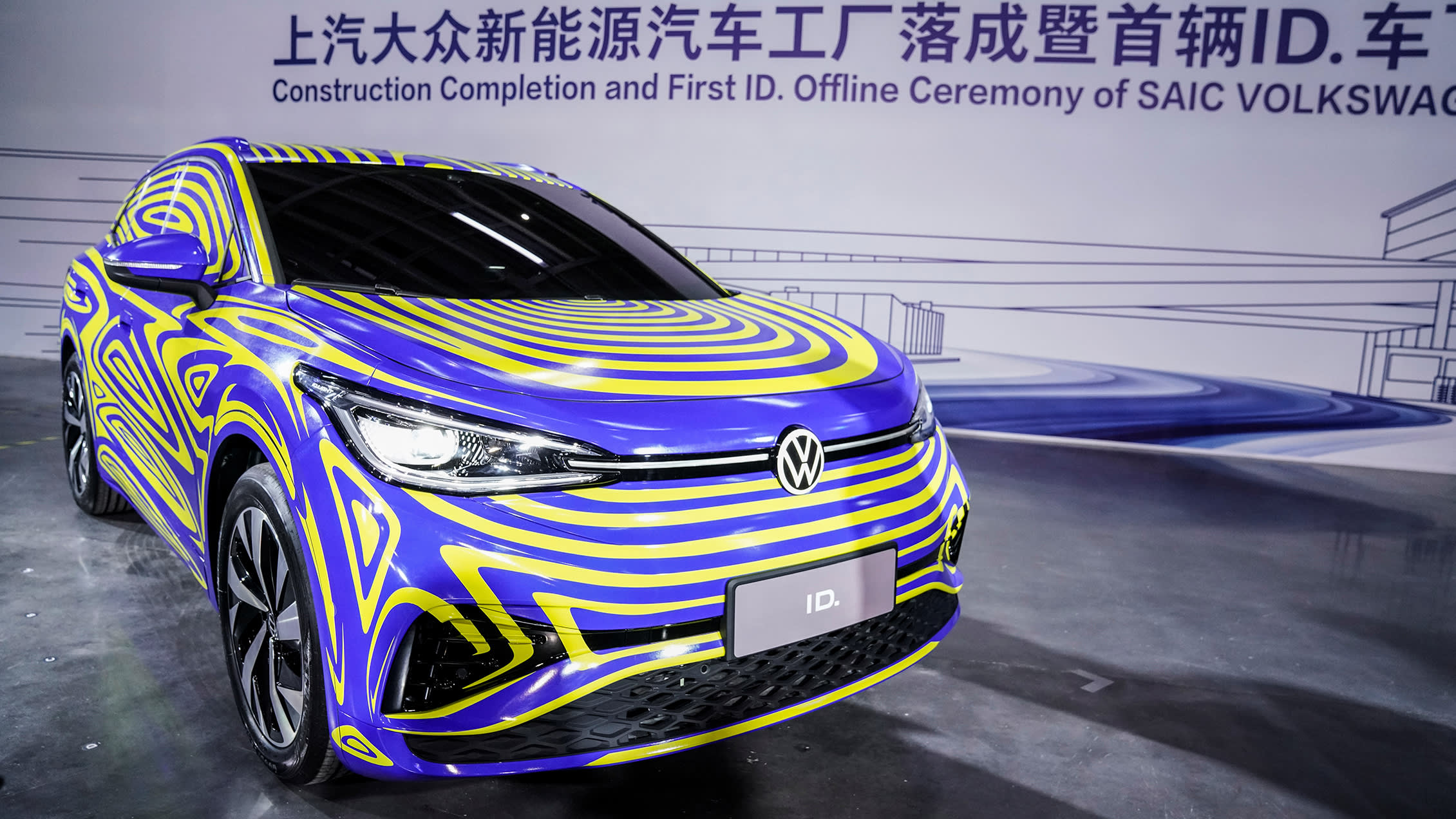 TOKYO -- Renault has ended its joint venture with its Chinese carmaking partner, a day after China's leading state-owned automaker gave an unusually bearish outlook in a sign that the country is struggling to shrug off the economic impact of the coronavirus outbreak.

The move by Renault and the forecast from SAIC Motor underscore the changing mood in the industry, despite expectations that state and local governments will try provide incentives to juice consumption.

Groupe Renault announced on Tuesday it is pulling out of its loss-making passenger car partnership with state-owned Dongfeng Motor Group. The French-Chinese venture recorded an annual pretax loss in 2019, and sold only 663 units during the first three month of this year down, 89% on the year. Production during the quarter was down 99.8% to just 14 units.

The French auto group is maintaining two other partnerships, one on electric vehicles with Dongfeng and Nissan and one on light commercial vehicles with Shenyang-based Brilliance Auto.

"We are opening a new chapter in China," Francois Provost, chairman of Renault's China operation said in a statement on Tuesday. He gave a positive spin to its decision, but its divestment marks another turning point in the once highly sought after passenger car business in China.

Meanwhile SAIC, one of the big three car manufacturers in the largest market in the world, revealed in the Shanghai Stock Exchange disclosure website on Monday night that the company is expecting its auto sales this year to be around 6 million units -- about 4% less than last year. The rare indication of bearishness from the Chinese market leader came almost simultaneously with compatriot BYD, backed by Warren Buffett, announcing a negative profit warning for the first quarter of the year.

SAIC, a long-term joint venture partner of both Volkswagen and General Motors, said in its 2020 management plan, which was part of the annual results, that its target revenue for the year is 780 billion yuan ($110.8 billion), 7.5% lower than last year. It anticipates operational expenses to drop only 6.5%, while gross operational margin is expected to fall to 13% from 13.9%.

However, the company was unable to live up to its own rosy predictions, experiencing an 11.5% drop in auto sales to 6.238 million units, steeper than the overall market, which shrank 8% to 25.905 million units.

SAIC was one of the main victims of the ongoing tensions between China and the U.S. The company's two joint ventures with General Motors -- Shanghai GM and SAIC-GM-Wuling Automobile, which accounted for more than half of SAIC's sales volume last year -- dropped almost 20%, respectively, last year. Although the joint venture with Volkswagen, which sold over 2 million cars last year, fared relatively well with just a 3% drop, SAIC management acknowledged that the company "deeply felt the challenge from aggravation [of macroeconomic conditions], while pressure precipitously increased" from the weaker appetite for cars last year.

The novel coronavirus only added to the challenges already weighing on the company. SAIC disclosed on Saturday its first quarter auto sales totaled 679,028 units, a 55.7% drop compared to the same period a year ago. During the first three months under the contagion, its three partnerships with VW and GM all suffered a roughly 60% drop in sales volume. SAIC's own brand of cars, whose sales volume is much smaller, were not able to make up for those declines.

SAIC is far from alone. BYD, dual-listed in Hong Kong and Shenzhen, announced its first quarter net profit was in the range of 50 million to 150 million yuan, a drop of 80-93% from a year ago. The company said the pandemic and the macroeconomic downturn had a "significant impact" on the industry, hitting its electric vehicle sales especially hard given the diminishing state subsidies for those models. The Shenzhen-based company's overall auto sales came to 61,273 units, a 48% drop, while sales of its signature new-energy vehicles were down 70%. Guangzhou Automobile Group -- which makes most of its cars under joint ventures with Toyota Motor, Honda Motor, Mitsubishi Motors and Fiat-Chrysler Automobiles -- saw its sales to drop 38%, while Geely Automobile Holdings' fell 44% and Great Wall Motor's by 47%.

The outlook, though. is somewhat divided. Geely maintains its annual sales target of 1.41 million units, a year-on-year increase of 3.6%, even though the company only sold less than 15% of that during the first three months of the year.

"With more stimulus and better containment of the outbreak, we expect sentiment on the sector to improve," said Kelvin Lau, auto sector analyst at Daiwa Capital Markets in Hong Kong. With gradual implementations of consumption stimulus measures in various provinces and cities, Lau gives a positive outlook for the automotive sector. "We are more optimistic than the market on the sector recovery and recommend that investors accumulate value players," he said, recommending Geely and BYD as top picks, while reiterating a buy rating on SAIC on Tuesday.

As Lau himself noted, mainstream projections are on the bleak side.

"We expect auto unit sales in China to decline 10% in 2020 compared with 2019, a steeper decline than our previous projection of a 2.9% drop," said Gracie Zhou, Shanghai-based senior analyst at Moody's Investors Service. This is pretty much in line with SAIC's market forecast of an 8-12% decrease this year.

Even though Zhou predicts a demand to recover next year, she also sounded a note of alarm on the delinquency rates in Chinese auto loan asset-backed securities, or ABS, which rose to a record high in February. She predicts the rates "will continue to increase over the next six months, because of the economic fallout from the coronavirus outbreak." On top of this, "automakers' deteriorating credit quality will pose additional risks for ABS," as sales remain weak.

A warning from Alicia Garcia Herrero, chief economist for Asia Pacific at Natixis, comes from a different angle. The Hong Kong-based China specialist worries about mortgages and its impact on the banking system, as household debt in a share of the country's GDP reaching 55% last year, rising from 28% in 2011, which means growing annually on average by 19%.

"The coronavirus outbreak has only exacerbated an existing problem," she wrote in her note on Thursday. While the key component of the rising personal debt is mortgages, auto-related debts also play a part. "We do not think financial stability risks related to mortgages are immediate for banks as they continue to be safer assets than credit cards and auto-loans," she added.