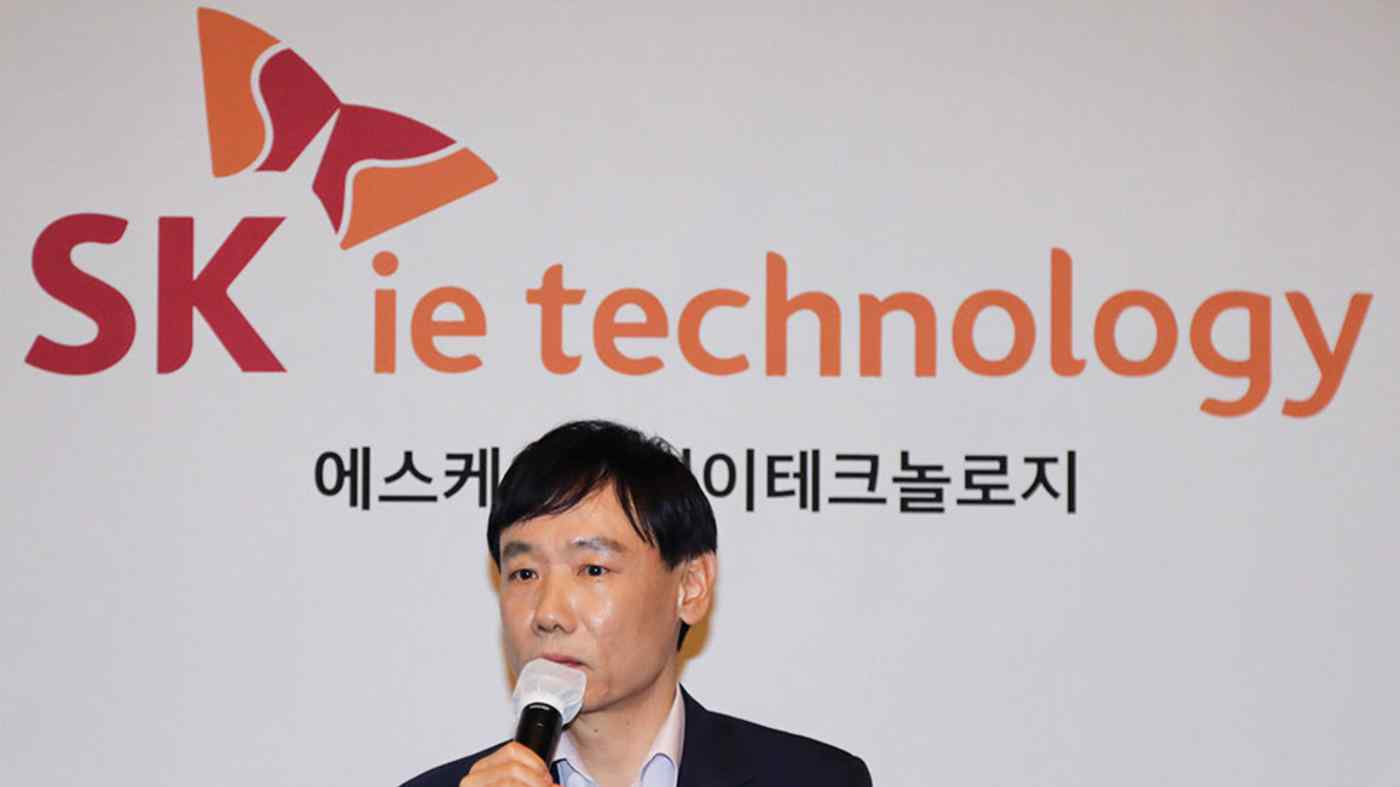 SEOUL -- SK IE Technology, the battery materials affiliate of SK Innovation, plans a $2 billion initial public offering on Seoul's stock market next month as it ramps up production to meet growing demand for electric car batteries and other products.

It would mark Seoul's largest IPO in four years, since Netmarble Games raised 2.7 trillion won in May 2017.

SK IET was spun off from SK Innovation, a petroleum and auto battery producer, in April 2019. SK Innovation owns a 90% stake in SK IET, which is involved in the production of separation membranes for lithium-ion batteries as well as film materials used in organic light-emitting diode panels.

It is boosting output because of increased shipments of electric vehicles and OLED panels.

CEO Roh Jae-sok said the company will use the IPO proceeds to expand the production lines at its factory in Poland to meet rising demand in Europe. Analysts say that the company may need about 1.5 trillion won over the next two years.

"We will use the proceeds from this IPO for the required annual investments of between 700 billion won and 800 billion won," Roh said at a news conference on Thursday. "The investments are very large scale, so our cash flow is not enough to cover them by 2023."

The announcement comes two weeks after SK Innovation reached a settlement to pay 2 trillion won to LG Energy Solution, ending their two-year legal dispute in the U.S. over misappropriation of trade secrets in EV batteries. The administration of President Joe Biden pressured the rivals to reach the deal as Washington wants stable supplies of EV batteries for its automakers, including General Motors and Ford.

Analysts say the IPO will solidify SK IET's position in the separators market as the company must make huge investments to catch up with the sector's two leaders. SK IET is the No. 3 player in the global separators market with a 10% share of the market, trailing China's SEMCORP, with an 18% share, and Japan's Asahi Kasei, at 15%.

"SK IET possesses a high level of technology," said Lee Ji-yeon, an analyst at Shinyoung Securities. "The market is tough for newcomers as it requires years to acquire safety qualification, and market leaders invest hugely to reduce costs and maintain advanced technology."