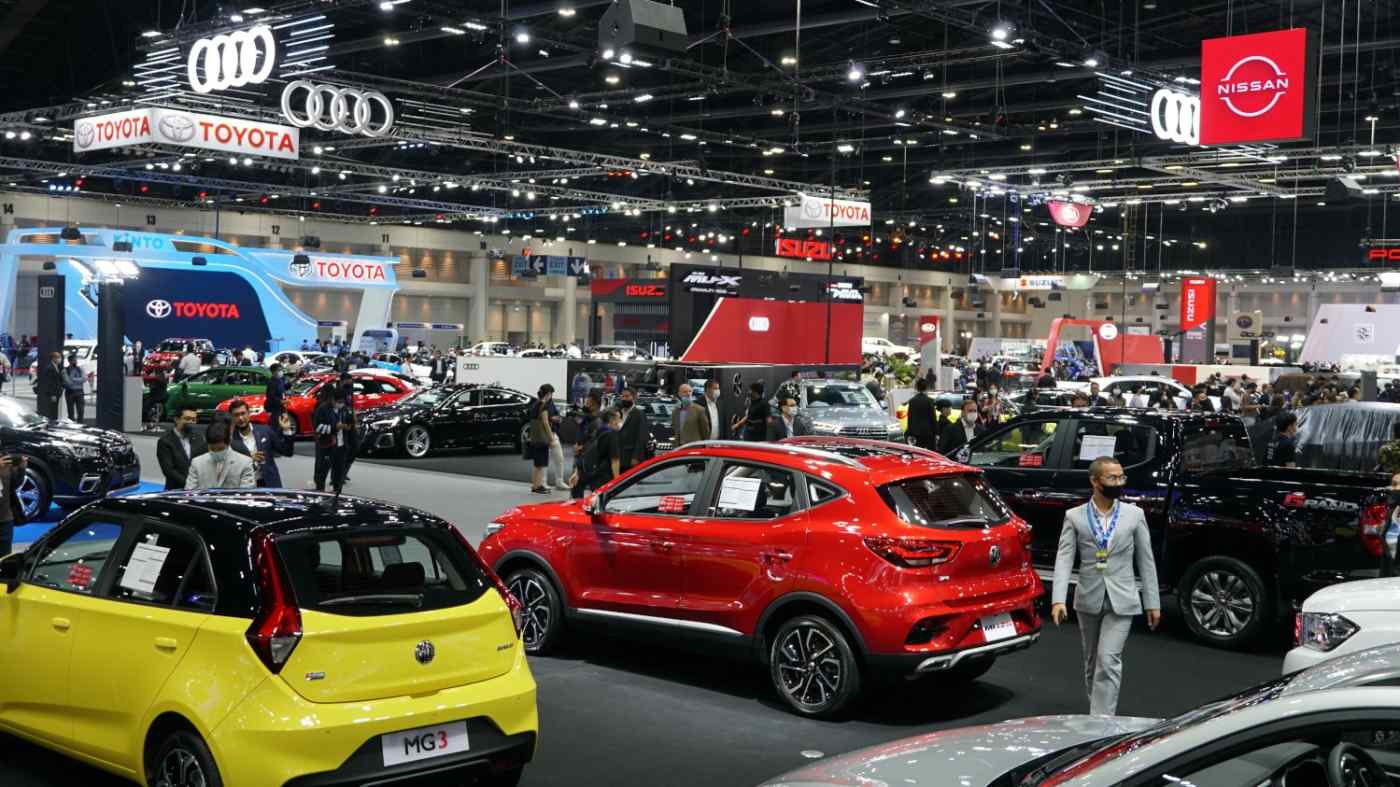 BANGKOK -- Sales of new autos in six major Southeast Asian markets declined for a second straight year in 2020, falling 29% as the coronavirus pandemic weighed on the industry.

Total sales in Thailand, Indonesia, Malaysia, Vietnam, the Philippines and Singapore sank to 2.44 million vehicles. In April alone, the tally plummeted roughly 80% as authorities imposed restrictions to curb the spread of the virus. But market conditions began to improve later in the year, and December sales dipped just 0.2% on the year to about 312,000.

Thailand, the region's largest market, saw a 21% drop to 790,000, the first time in three years that the annual tally has fallen below the 1 million mark. Sales have recovered recently as the country relaxes pandemic-related restrictions, jumping 11% on the year in December following a rise in November. A major auto expo there also provided a boost.

In Indonesia, which was on par with Thailand before the pandemic, full-year sales tumbled 48% -- the steepest drop among the six countries -- to 530,000 vehicles. The market there has been slower to recover amid a still-raging coronavirus outbreak, with December sales down 35%.

Malaysia's annual sales saw a less dramatic decline of 12% to 520,000 vehicles. Monthly year-on-year growth has remained in positive territory since June, when the government implemented sales tax breaks for passenger vehicles aimed at shoring up the economy. The measure was originally set to expire at the end of December but has been extended through June 2021.

Sales in Vietnam, which has largely succeeded in containing the virus, stayed relatively firm, with an 8% decline to 290,000 vehicles. The government halved registration fees for locally produced autos in midyear to lift demand, and sales spiked 45% on the year in December as consumers rushed to get purchases in before the measure expired.

The Philippines dropped below Vietnam in annual sales following a 41% fall to 240,000 units. Japan's Honda Motor shuttered an auto plant there last March, and Nissan Motor is set to end production in the country next month.