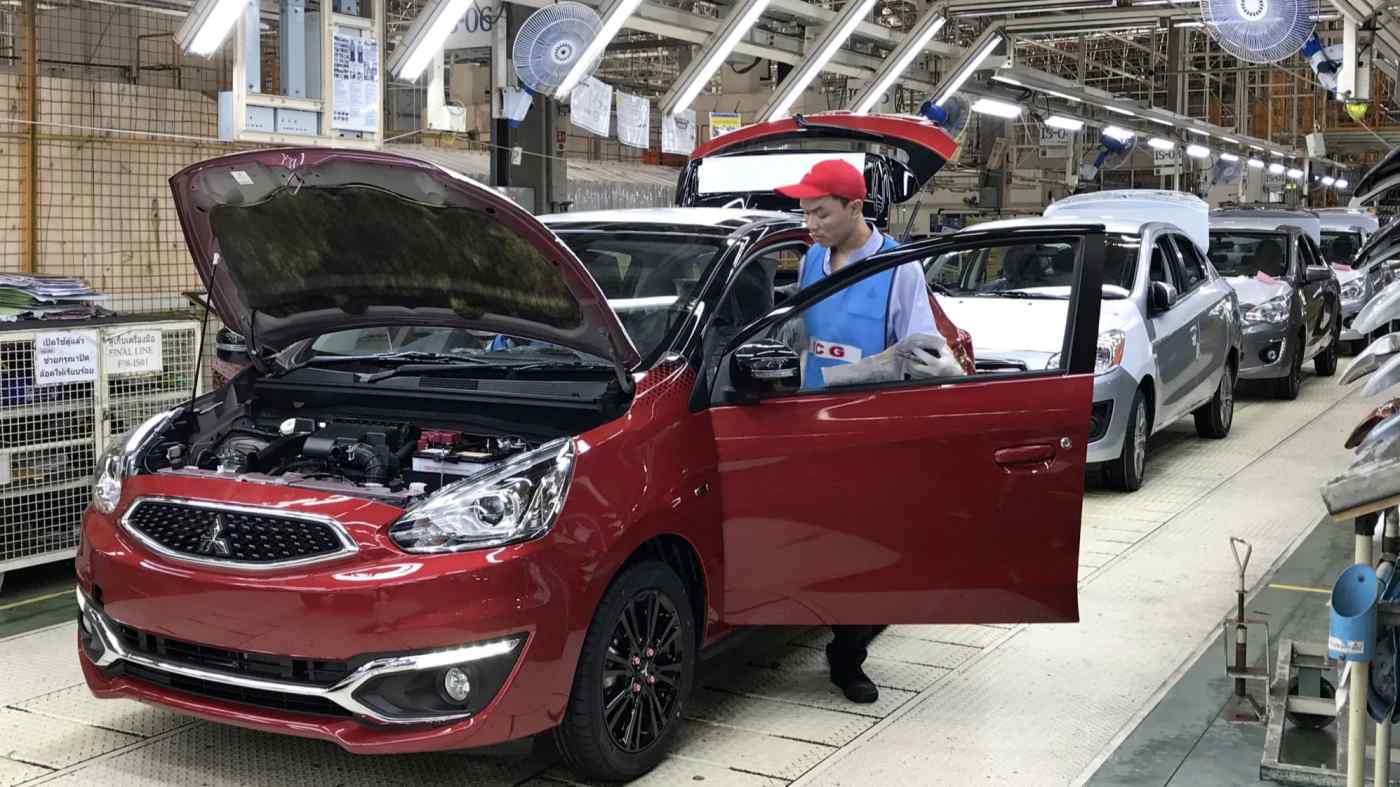 BANGKOK/JAKARTA -- Southeast Asia's automobile market is headed toward shrinking for the first time in four years due to a markedly strong Thai baht and a slowing global economy that has strained corporate and consumer confidence.

A market contraction will deal a blow to Japanese automakers, which enjoy outsized shares in the region's production and sales. Despite the downturn, rivals from South Korea and China are plotting to capture market share by rolling out electric vehicles.