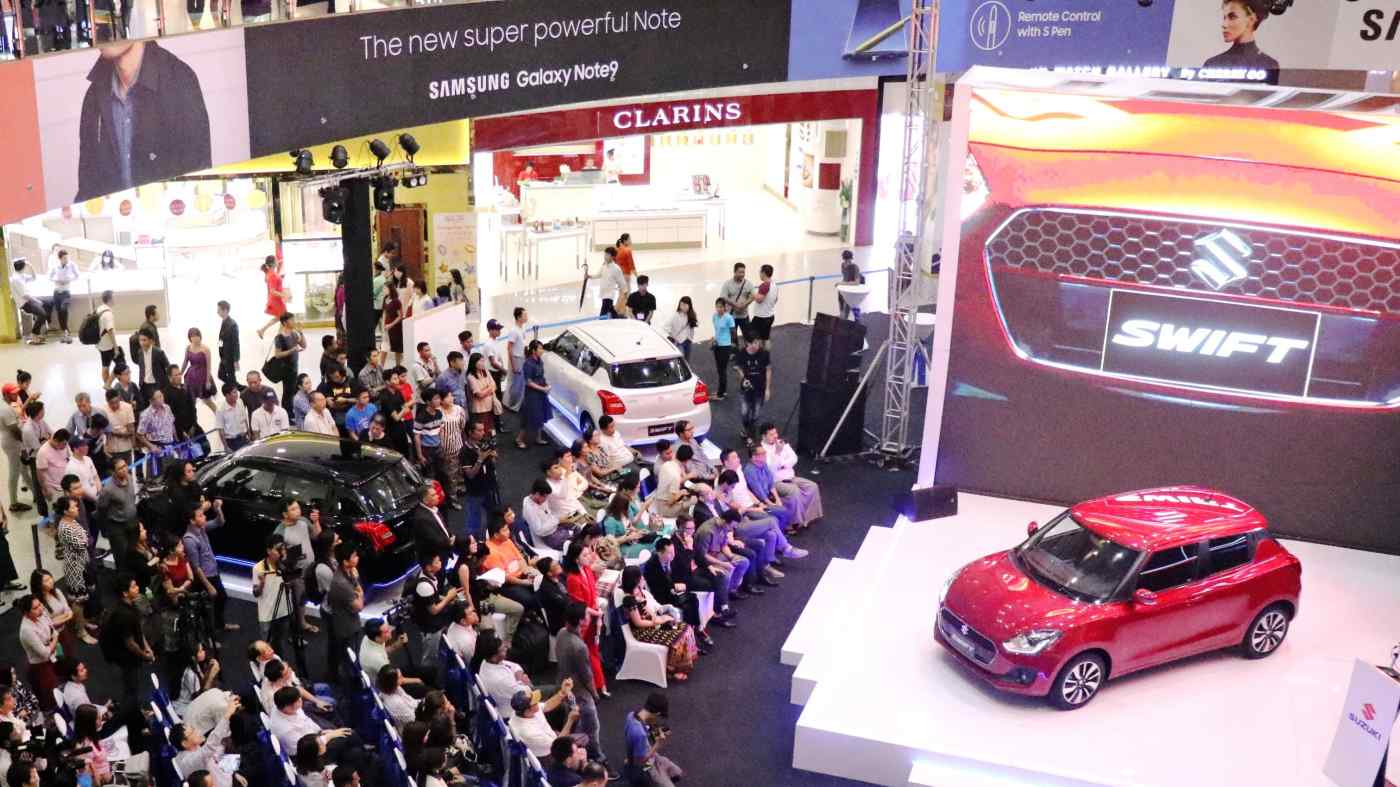 TOKYO -- Suzuki Motor announced on Monday that it will increase production at one of its factories in Myanmar. It will introduce a new line for four-wheeled vehicles at its plant in southeastern Yangon that will handle tasks like painting car bodies. Suzuki has two factories in the country.

The investment will cost about 12 billion yen ($108.91 million) and is expected to go online in September 2021. The new facility is expected to increase the factory's floor space tenfold and raise its production capacity by a factor of four. Suzuki expects its share of the Myanmar market to grow.

The factory will be operated by Suzuki Thilawa Motor, a wholly owned subsidiary. The plant, located in an industrial park in southeastern Yangon, makes three models, including the subcompact Swift and the Ertiga minivan, which seats seven.

Until now the factory had imported painted car bodies from India and elsewhere, and assembled the vehicles in Myanmar. With Myanmar's market for new cars growing, the company is setting up system that can quickly supply consumers. The new building will increase the plant's floor space to 42,000 sq. meters, from the current 4,000.

The factory's production capacity is expected to increase to 40,000 vehicles per year, up from 10,000.

While Myanmar has halted the entry of foreign citizens into the country through overland routes due to the spread of the coronavirus, Suzuki plans to begin construction on Wednesday as planned.

According to the Automotive Association of Myanmar, new car sales in 2019 totaled 21,916, up 25% from the previous year. Suzuki makes up 60% of Myanmar's market.

Toyota Motor plans to begin operating its first factory in the country in 2021. South Korea's Hyundai Motor and other major manufacturers are also moving into the market, and competition among Asian countries looks set to intensify.