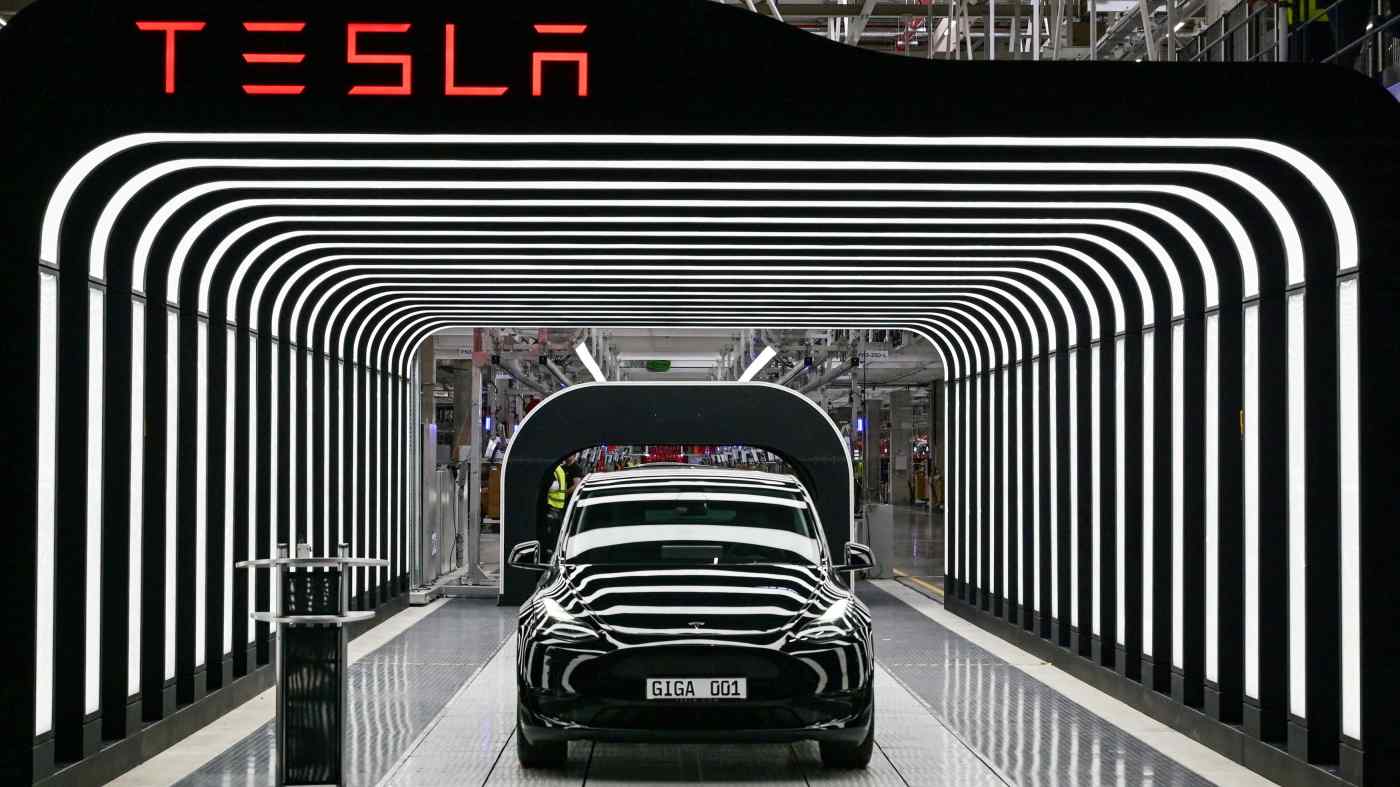 A Model Y electric vehicle at a Tesla Gigafactory in Germany. The company has focused solely on EVs at the upper end of the market.   © Reuters
KAZUHIRO NOGUCHI, Nikkei staff writerNovember 8, 2022 03:28 JST | Japan
CopyCopied

NAGOYA -- Tesla earned eight times as much profit per vehicle as Toyota Motor in the July-September quarter despite being outsold more than 7 to 1, a Nikkei analysis shows, putting the American electric-vehicle maker ahead in quarterly net profit for the first time since going public in 2010.

Tesla reported a $3.29 billion net profit in that quarter. Toyota earned 434.2 billion yen -- the equivalent of $3.15 billion based on the average exchange rate for the period of 138 yen to the dollar.