Too much talk? Honda chief reins in freewheeling management TOKYO -- "I have no subordinates," grumbles Honda Motor President Takahiro Hachigo, who heads an automaker known for an open-ended management style where the voices of workers throughout the company are heard as part of the decision-making process.

But with the auto industry going through a once-a-century transformation, Hachigo hopes to create a quicker, more efficient process.

This month, a so-called president's office was established, in which a staff supports the head of the automaker in day-to-day decision-making. This is not at all unusual at such other companies as Toyota Motor, where President Akio Toyoda governs with his own brain trust.

For Honda, however, this was a first.

For decades, the directors' room on the 10th floor of the automaker's Tokyo headquarters has been the core of the culture of waigaya -- a Honda coinage for its spontaneous and often-heated gatherings -- established under founder Soichiro Honda. Top executives trade views freely with each other and with lower-level employees from across the company in this space dubbed the "Big Boardroom."

"When someone wanted to ask about something, they could go right over to the relevant director to talk," a former manager recalled. "Executives nearby felt free to join in discussions, which helped us share information."

Even young workers could get permission to visit the room and meet with top leaders. 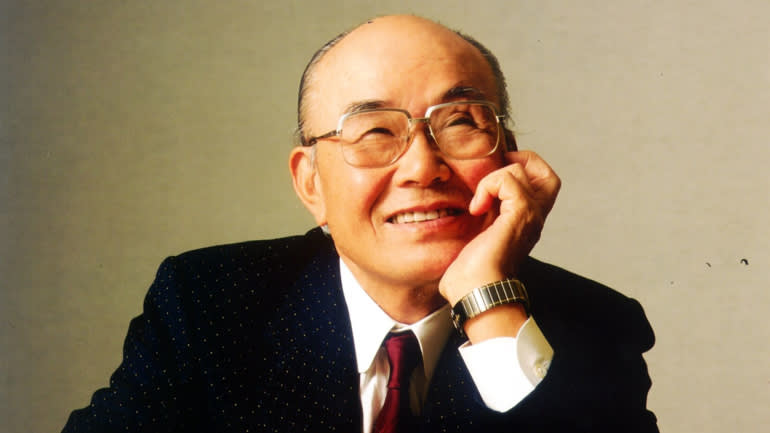 "It was a good opportunity for the president to meet with rank-and-file employees," the former director said.

But Hachigo "apparently wanted to have policy aides," a senior Honda official said.

The president, appointed five years ago to lead Honda out of a slump, sees a group of advisers with specialized knowledge as essential to guide the automaker through a once-in-a-century turning point for the industry with the advent of new technology such as self-driving cars.

The shift toward top-down management also accelerates decision-making and combats the perception that Honda lacks a growth strategy.

A director interpreted the move as "imitating" Toyota, which has enjoyed sustained growth under Toyoda and his advisers.

Since Hachigo took over in June 2015, Honda's shares have slumped roughly 40% compared with a 20% drop for Toyota. The two stayed roughly even until 2018, then diverged sharply as Toyota benefited from developments such as a capital tie-up with Nippon Telegraph & Telephone.

Though Honda reported record net profit in fiscal 2017, this was mainly because it benefited from U.S. tax code changes. The operating profit margin on the auto business that accounts for two-thirds of its revenue now stands at less than 2%.

Hachigo has worked to improve this poor performance. Honda reversed course on its expansion taken under previous President Takanobu Ito, closing plants in the U.K. and Turkey. The automaker decided last year to reorganize its web of affiliated suppliers, and it is even absorbing employees from Honda R&D, once considered untouchable, into the main company.

The Big Boardroom will not go away, but the creation of the CEO's office and cuts to the board may end up reducing its scale. The constant back-and-forth discussions that had been an important part of Honda's management are likely to change as well.

Hachigo's brain trust is expected to seek the views of workers on the ground and incorporate them into strategy proposals. But some at Honda worry that the advisory group's suggestions will be made into policy without discussion involving other executives.

The decision to proceed with the change, despite risking accusations of leading from behind closed doors, stems partly from Hachigo's dissatisfaction with the amount of information making its way up to him.

Last year, Honda was forced to halt production of the N-WGN minivehicle shortly after its summer launch due to problems with certain parts. Honda had clashed with its research and development unit over purchasing, but the details never reached Hachigo, who reportedly was infuriated when he learned about the issue.

Honda has not officially made the creation of the CEO's office public. Details are sparse even within the company, where the group's purpose was explained to be "strengthening management support functions," including by "consolidating information to support the decisions and activities of top leadership."

How Hachigo's leadership will change with a group of direct subordinates supporting him remains to be seen. Since Honda presidents typically serve six-year terms, Hachigo could be replaced as early as next year, making this a critical time for him to prove the merits of his approach.