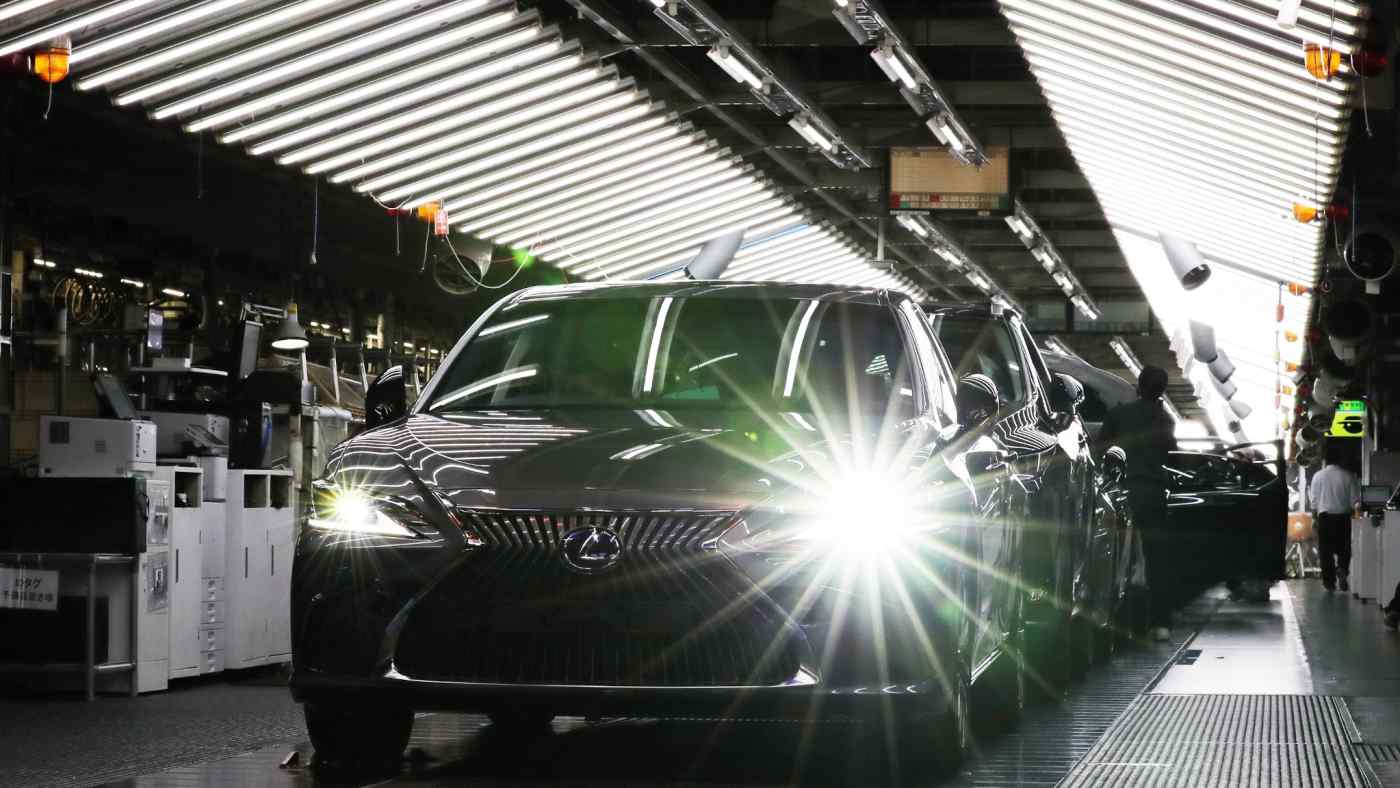 NAGOYA -- Toyota Motor will suspend production of the Lexus and the Land Cruiser at two domestic plants for several days in August as rising coronavirus infections in Southeast Asia disrupt parts production.

Lines producing the Lexus LS and IS models at the Tahara plant in Aichi Prefecture will be closed from Aug. 3 to Aug. 6. Toyota Auto Body's Yoshiwara plant will stop production of the Land Cruiser and other models for two days starting Aug. 5.

Those shutdowns will reduce production by roughly 5,000 vehicles.

As the shortage of semiconductors continues to hamper global auto production, the pandemic's disruption on ASEAN supply chains is becoming a new threat to the industry.

Toyota has already halted production at three plants in Thailand after a local supplier making wire harnesses was hit by a coronavirus outbreak.

This comes on top of the decision to idle assembly lines at Toyota Auto Body's Fujimatsu plant on July 29-30, and from Aug. 2 to Aug. 4, due to a shortage of parts coming from Vietnam. This will dent production of models including the Alphard and Vellfire minivans by roughly 3,000.

The global semiconductor crunch is also having an impact. Toyota will halt some lines at its Takaoka plant in Aichi Prefecture -- where Corolla and Corolla Touring models are built -- from Aug. 2 to Aug. 6, due to an undersupply of chips. This will affect production of about 9,000 units.