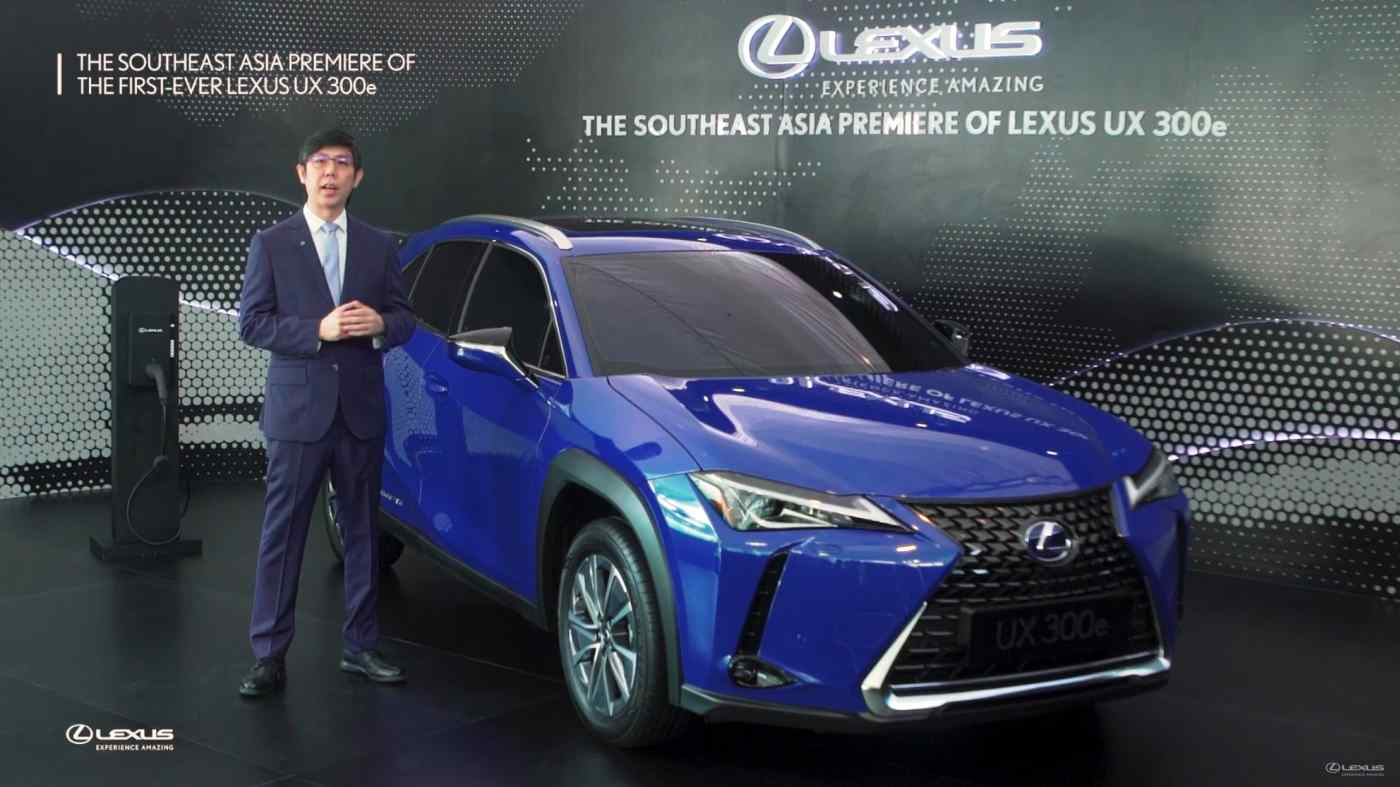 Toyota has launched the sale of an electric Lexus in Indonesia, the first such model it is selling in Southeast Asia. (Screenshot from Lexus Indonesia's YouTube page)
SHOTARO TANI, Nikkei staff writer November 25, 2020 20:08 JST | Indonesia
CopyCopied

JAKARTA -- Toyota Motor has become the latest auto manufacturer to take advantage of Indonesia's push to encourage its population toward electric vehicles, announcing on Wednesday the launch of such a model in the country under its luxury Lexus brand.

The model will be the first EV that the Japanese manufacturer is selling in Southeast Asia, according to the company. It also marks a wider trend of manufacturers hoping to take advantage of the Indonesian government's push to encourage the purchase of EVs.

The government has reduced taxes on low-emission vehicles and plans to gradually replace its own fleet with electric models. It has also eased lending rules for EV purchases and continues to push for the construction of charging stations. There were just 14 last year in the country but it is targeting to build 150 more this year and over 1,500 by 2024.

Toyota will be the third carmaker in Indonesia to directly sell pure EVs, following in the footsteps of Germany's BMW and South Korea's Hyundai.

While Toyota pledged last year to invest $2 billion in the country over the next five years, including in electric vehicles, the Lexus model will be imported from Japan where it is manufactured.

Local distributors already import and sell EVs, such as the Tesla models, in the country, while other manufacturers such as Mitsubishi Motors and Nissan Motor sell hybrid electric vehicles in Indonesia. Toyota also already sells plug-in hybrids in Southeast Asia's biggest economy.

"This is a good [time] to enter the EV segment," said Anton Jimmy Suwandi, marketing director of Toyota Astra Motor, a joint venture between Toyota and local conglomerate Astra International. "Government support is already very strong and the trend of going green is not only [confined to] cars. That is also an opportunity."

The government is also keen to make Indonesia a hub for electric vehicle production, enticing auto manufacturers with its rich nickel reserves, a key material in EV batteries. It also believes that reducing the number of petrol vehicles on the road can reduce its dependence on oil imports, a drag on the country's current account.

The demand for EVs in Indonesia, however, is likely to remain subdued for a while.

The number of charging stations still pales in comparison to the world's biggest EV market, China, where there are 35,000 charging stations. China has 3.3 million electric vehicles on the road as of 2019, according to the International Energy Agency, while Indonesian companies expect demand of just 17,500 units in 2022.

As such, for now, EV sales are likely to be limited in the country.

"We believe that the lack of both financial and tax incentives from a consumer perspective will keep prices of EVs high compared with internal combustion engine-powered vehicles, which will push the vast majority of the country's population out of the potential market for EVs," according to a Fitch Solutions note published in September.