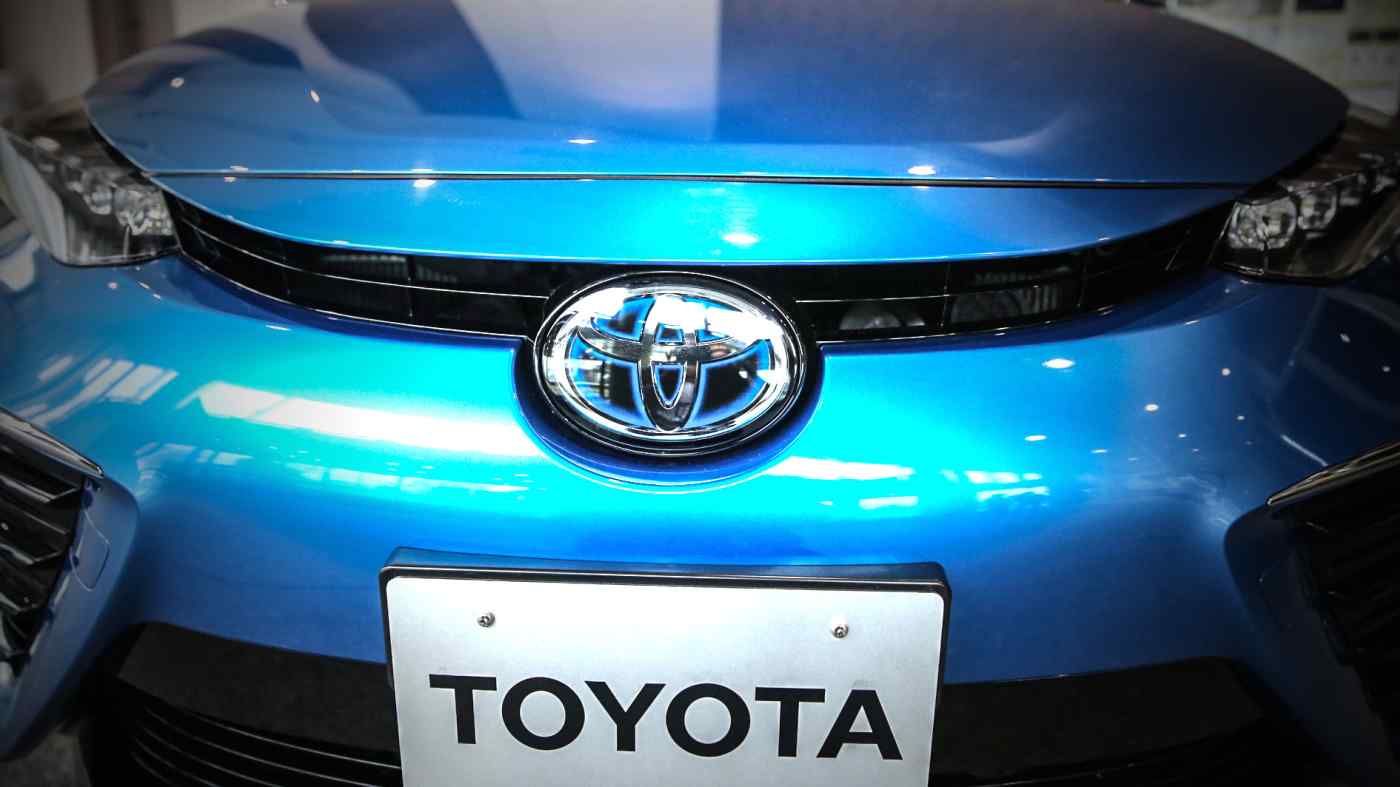 TOKYO -- Toyota Motor on Friday nearly doubled its full-year net profit forecast to 1.42 trillion yen ($13.7 billion), as the Japanese automotive giant mitigates the impact of the coronavirus pandemic helped by speedy recoveries in the U.S. and Chinese markets and improved cost-efficiency.

The improved outlook for both companies comes even as the business landscape remains uncertain amid a surge in newly confirmed coronavirus infections in Europe and the U.S.

Toyota's optimism follows the carmaker having posted 519 billion yen in operating profit for the April-to-September period, which was still down 63% from the same period last year. Its net profit was 629 billion yen.

Toyota President Akio Toyoda, speaking at an online news conference, said the company is benefiting from having gone through previous trials.

"We have achieved 500 billion yen of operating profit, forecast for the full-year, by just the second quarter," Toyoda said. "This is not something doable overnight. This is the result of us having overcome various [crises] including the 2008 financial crisis, the 2011 Fukushima earthquake and excessive appreciation of the yen."

The company posted record-high global unit sales in September, up nearly 2% from the same month last year, showing a rebound from a downturn earlier this year. Unit sales for the July-September quarter declined 7% from the same period last year, a swift recovery from a 31% decline for the April-to-June period.

Toyota had previously expected net profit of 730 billion yen for the fiscal year through March 2021. The carmaker, which sold 4.36 million vehicles for the first half of the year, now expects overall group sales volumes of 9.4 million for the full-year, up 320,000 from the previous forecast. 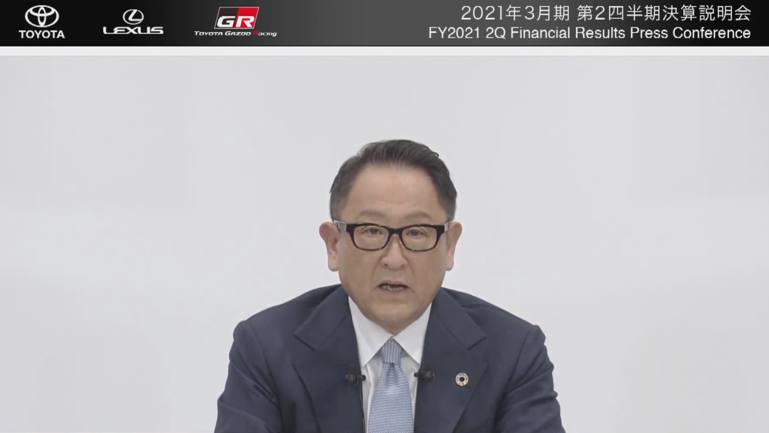 "While plants were shutdown in April and May, staff were thinking what they could do to ramp up production once it resumed," Toyota President Akio Toyoda said during an online press conference on Friday.(Screenshot from Toyota's website)

Toyoda sees the company's position as having strengthened over the last 11 years since he took the helm. He said Toyota posted a 4% bigger drop in yearly vehicle sales compared to what the market was recording during the financial crisis, but amid the turmoil of the pandemic its sales were 3% above the broader market.

"Back then, we stopped every project," Toyoda said. "But this time, we continued working as usual... While plants were shutdown in April and May, staff were thinking what they could do to ramp up production once it resumed," he added, explaining that the temporary halt allowed for an overhaul of the manufacturing process and speed up production when it restarted. "That is why our sales were upbeat."

Toyota, which temporarily halted production in North America, reopened its plants in mid-May ahead of U.S. rivals to answer market demand. It posted a profit increase for the July-September quarter in both its automobile and financial businesses.

Toyota has also been increasing sales in China, where its Lexus luxury brand sells well. The company recorded a sales increase of more than 30% in October, surpassing figures from the previous year for seven consecutive months.

Already known for cost-efficient operations, Toyota has further streamlined its assembly process and stopped outsourcing machine maintenance and other operations to cut production expenses. The company expects cost reductions amounting to almost 200 billion yen for the fiscal year through March.

Asked about electric vehicle maker Tesla, Toyoda said that his company can learn many things from the U.S. company's business model that makes money from software. But "what we have and Tesla doesn't are 100 million vehicles owned [by consumers and other parties]," he said.