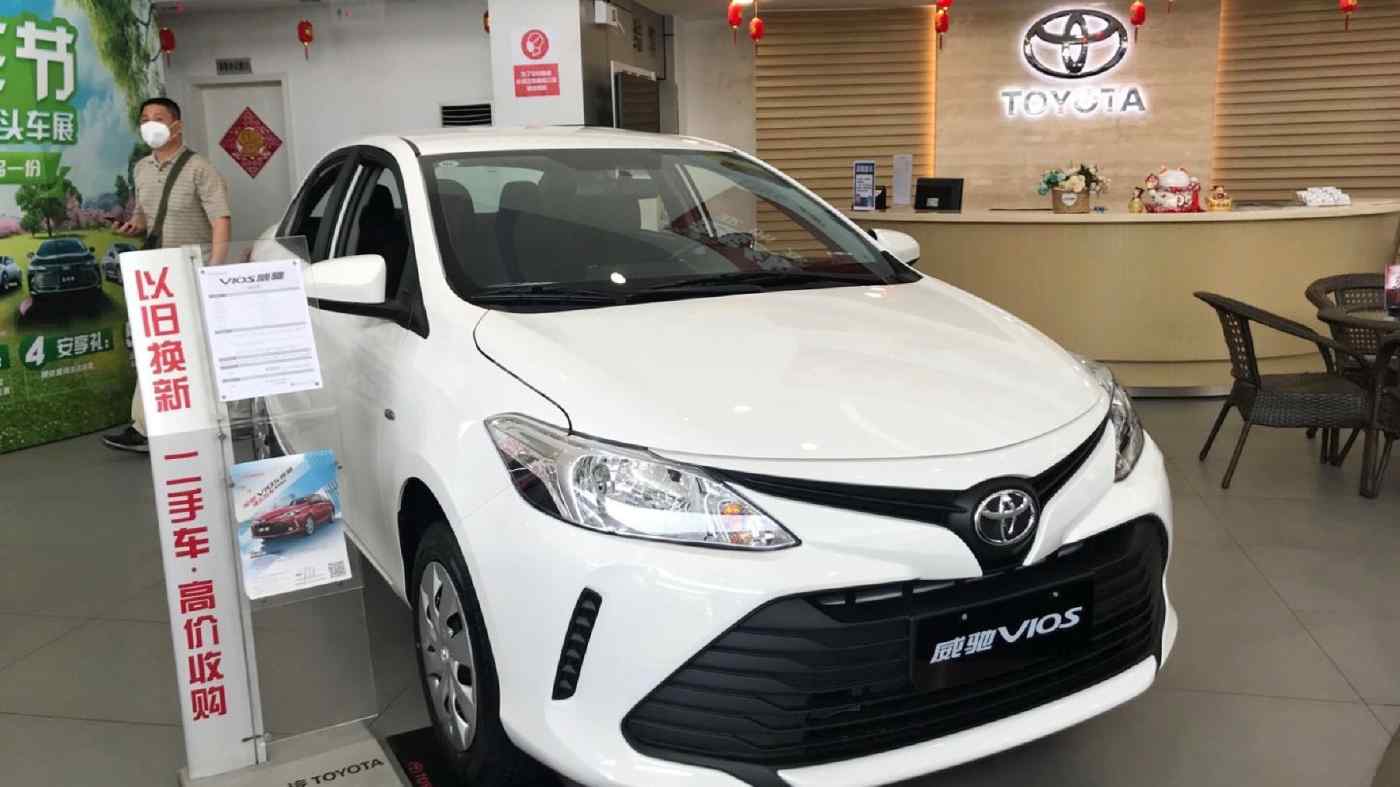 TOKYO -- Toyota Motor posted a net profit of 158 billion yen ($1.5 billion) for the three months ended in June, the automaker said Thursday. That was down 74% from the previous year, but the Japanese automaker stayed in the black even as its peers had loss-making quarters due to the COVID-19 pandemic.

Revenue at Toyota for April to June came in at 4.6 trillion yen, down 40% from the previous year, while its operating profit, at 13.9 billion yen, was down 98%.

In China, where the carmaker recorded a nearly 70% fall in vehicle sales in February versus a year earlier, Toyota has managed a string of monthly sales increases since April. Overall, it saw a 1% rise for January through July, compared with the same period last year, overcoming the impact of the pandemic.

Toyota is also seeing a recovery in the U.S., where vehicle sales fell 19% on the year in July, compared with a 50% skid in April.

The company also said on Thursday that it expects a net profit of 730 billion yen this fiscal year through March 2021, down 64% on the year. Despite the challenges, Toyota expects the recovery in automobile demand, as well as cost-cutting measures, to drive profit in the coming months.

In May, it forecast an operating profit of 500 billion yen for this fiscal year, down 80% on the year, but declined to give its net profit outlook. Akio Toyoda, Toyota's president, said at the time that the shock from the pandemic was far greater than the company faced after the global financial crisis of 2008. But it is already seeing signs of revival in several markets.

Following its rebound, Toyota group, which includes Daihatsu Motor and Hino Motors, has lifted its annual sales target to 9.1 million vehicles, compared with 8.9 million in May.

The group won back its title as the world's bestselling automaker in the first half of 2020, the first time in six years it has been in the top spot. The group sold 4.16 million vehicles, down 22% from the same period last year, but that topped Volkswagen's total of around 3.89 million vehicles.