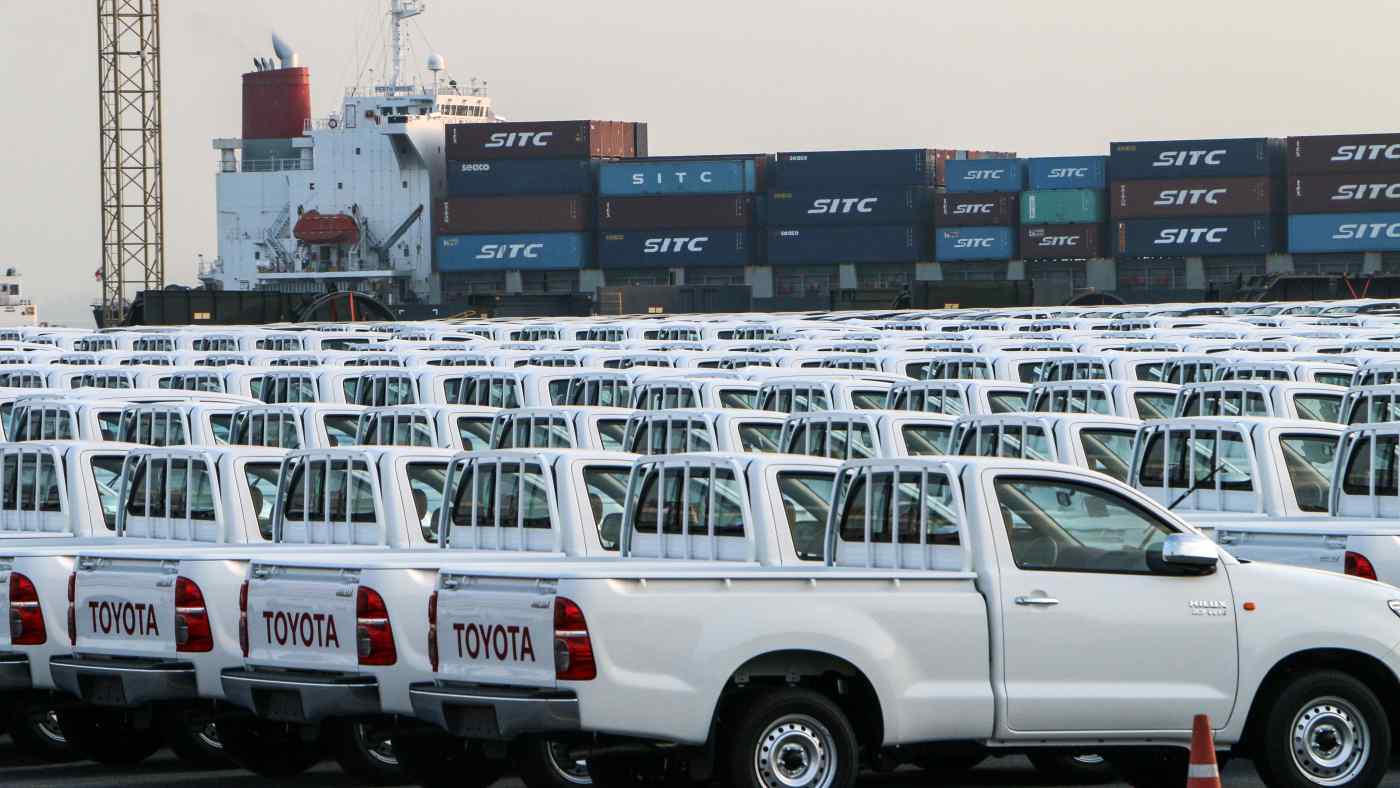 TOKYO -- Toyota Motor's announcement that it will slash production next month has sparked concerns over vulnerabilities in Southeast Asia's auto supply chain as the region grapples with new variants of the coronavirus.

Shares in the world's largest automaker fell 5% in Tokyo at one point on Friday, a day after it said it will cut planned global production for September by 40%, to 500,000 vehicles. Toyota cited component shortages caused by the spread of COVID infections disrupting factory operations in Southeast Asia, particularly Vietnam and Malaysia.

Vietnam is the source of a range of mechanical parts, and Malaysia provides vital automotive chips, which have been in short supply around the world since late last year due to pandemic-related disruptions and an unexpectedly strong recovery in car demand.

Investor concern spread to other Japanese automakers, with shares in Nissan Motor falling 8% and Honda Motor 5% at one point.

Toyota's massive production cut highlights Japanese carmakers' heavy reliance on Southeast Asia. Japan is the region's largest source of so-called foreign inputs for producing and exporting cars. These include physical components as well as design and financial services. In dollar terms, they added up to $898 million, or 16.3% of the region's total foreign-value added, according to ASEAN-Japan Center's report published in January 2020. This was followed by China at 15.7%, intra-ASEAN trade at 15%, and the U.S. at 8%.

Thailand, where Japanese automakers have a 90% market share, has grown into a regional vehicle-export hub. The kingdom's strategy involves importing parts produced in neighboring countries, including Vietnam. These nations mostly produce labor-intensive parts such as car seats, automotive glass and tires.

But this approach relies on a smooth flow of trade between countries.

"This means that if a pandemic lockdown occurs in ASEAN countries, there is a higher risk of suspension of operations or production reduction," said Sanshiro Fukao, senior fellow at the Itochu Research Institute. "Japanese manufacturers seem to be more damaged than other overseas manufacturers," he said, adding this is especially true for Toyota, with its high market share.

Masataka Fujita, secretary-general of the ASEAN-Japan Center, said shifting parts production in some countries to deal with the disruption should not be difficult.

"Auto-related exports from ASEAN is fairly limited in terms of the added-value," he said. "What Vietnam produces, for example, could be substituted in other countries."

Automakers failing to do so reveal "the lack of resilience of their supply chains in the region," Fujita added.

A more pressing problem has arisen in Malaysia, where back-end chip packaging and testing operations are concentrated. Chipmaker Infineon Technologies halted one of its plants in June. The company said in a statement earlier this month that inventories are at "a historic low. ... Under these circumstances, any pandemic-related restrictions on manufacturing, such as those recently imposed in Malaysia, are especially grave."

Earlier this month BMW and other automakers like Stellantis, which owns Chrysler, Fiat and Alfa Romeo, warned that they faced tighter chip supplies in the coming months.

Ford Motor on Wednesday said it will temporarily close its assembly plant in Kansas City next week due to a shortage of chips from Malaysia. Nissan Motor gave a similar reason for the shutdown of its plant in Tennessee for two weeks.

Denso, a major auto parts supplier and part of the Toyota Group, invested in Infineon in 2018. Fukao said Toyota might thus be affected by the Infineon chip crunch to some degree.

"The growing shortage of semiconductors caused by the lockdown in Malaysia is spreading globally," Fukao said, adding that Infineon's shutdown has become a single point of failure for the entire supply chain.