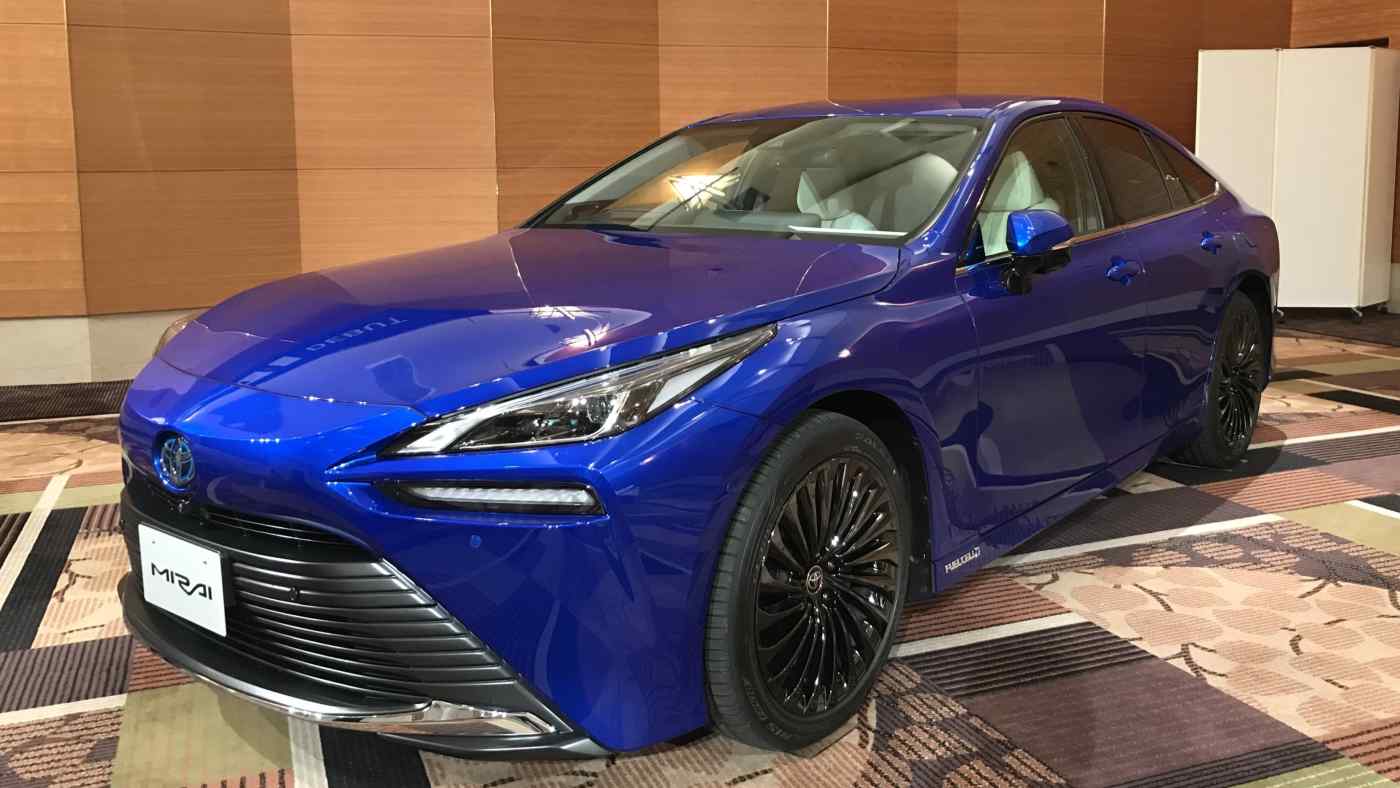 Japanese consumers can expect to pay about 5.7 million yen for the new Mirai after taking into account low-emission vehicle subsidies offered by the government.
Nikkei staff writersDecember 9, 2020 15:47 JST | Japan
CopyCopied

TOKYO -- Toyota Motor began selling on Wednesday its latest Mirai hydrogen fuel cell vehicle in Japan, which features a longer range than its predecessor along with a host of new functions.

The low-emission auto can run 30% longer compared with the previous model -- up to 850 km before needing to be charged. The new Mirai also boosts seating capacity to five from four.