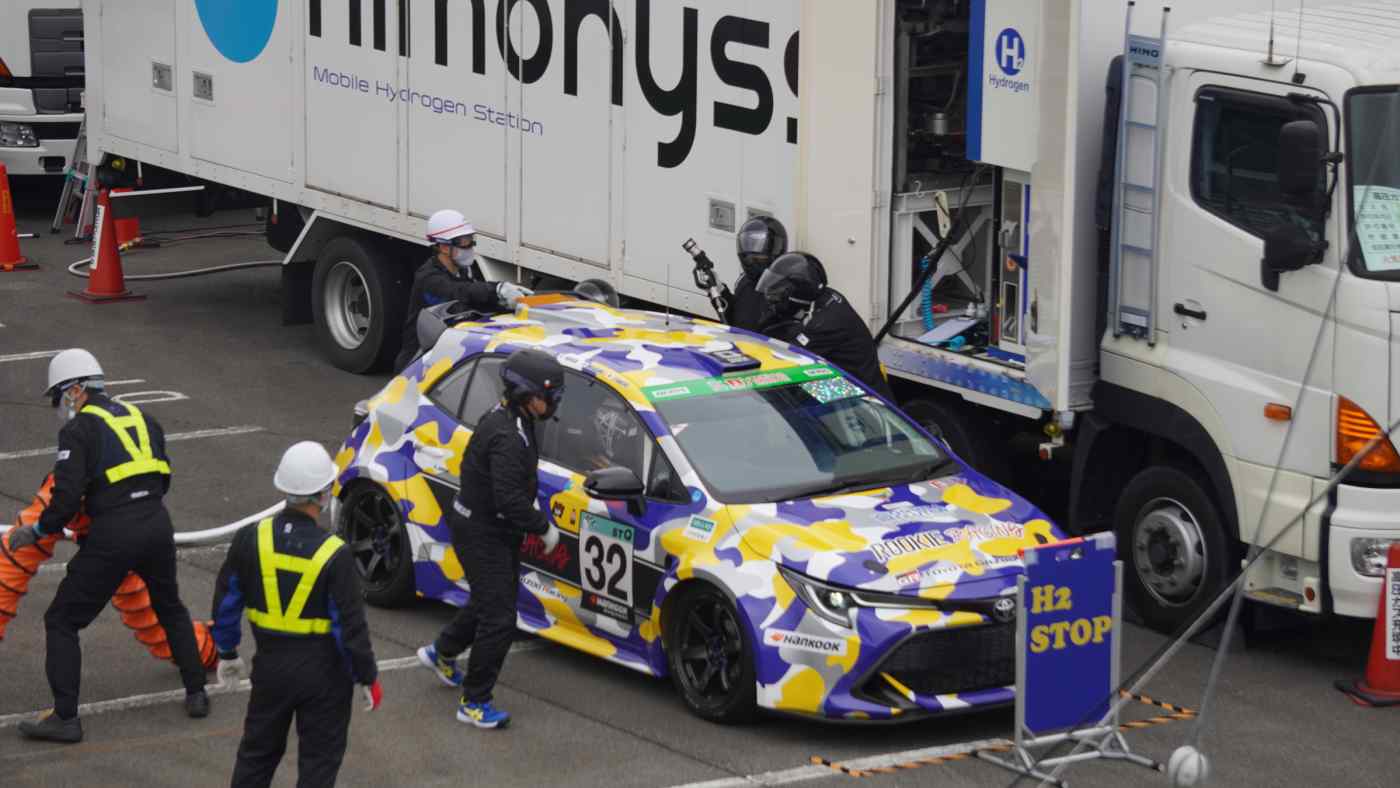 NAGOYA, Japan -- A sports car developed by Toyota Motor flew across the finish line to become the first vehicle running on a hydrogen engine, and not merely fuel cells, to complete a 24-hour endurance test.

Toyota entered the Corolla Sport into this year's Super Taikyu Series held Saturday and Sunday in Japan's Shizuoka Prefecture, between Tokyo and Nagoya. Unlike most hydrogen-powered vehicles, which employ fuel cells that use hydrogen to generate electricity for motors, this auto ran on a repurposed gasoline internal combustion engine used in the GR Yaris, with some slight modifications.