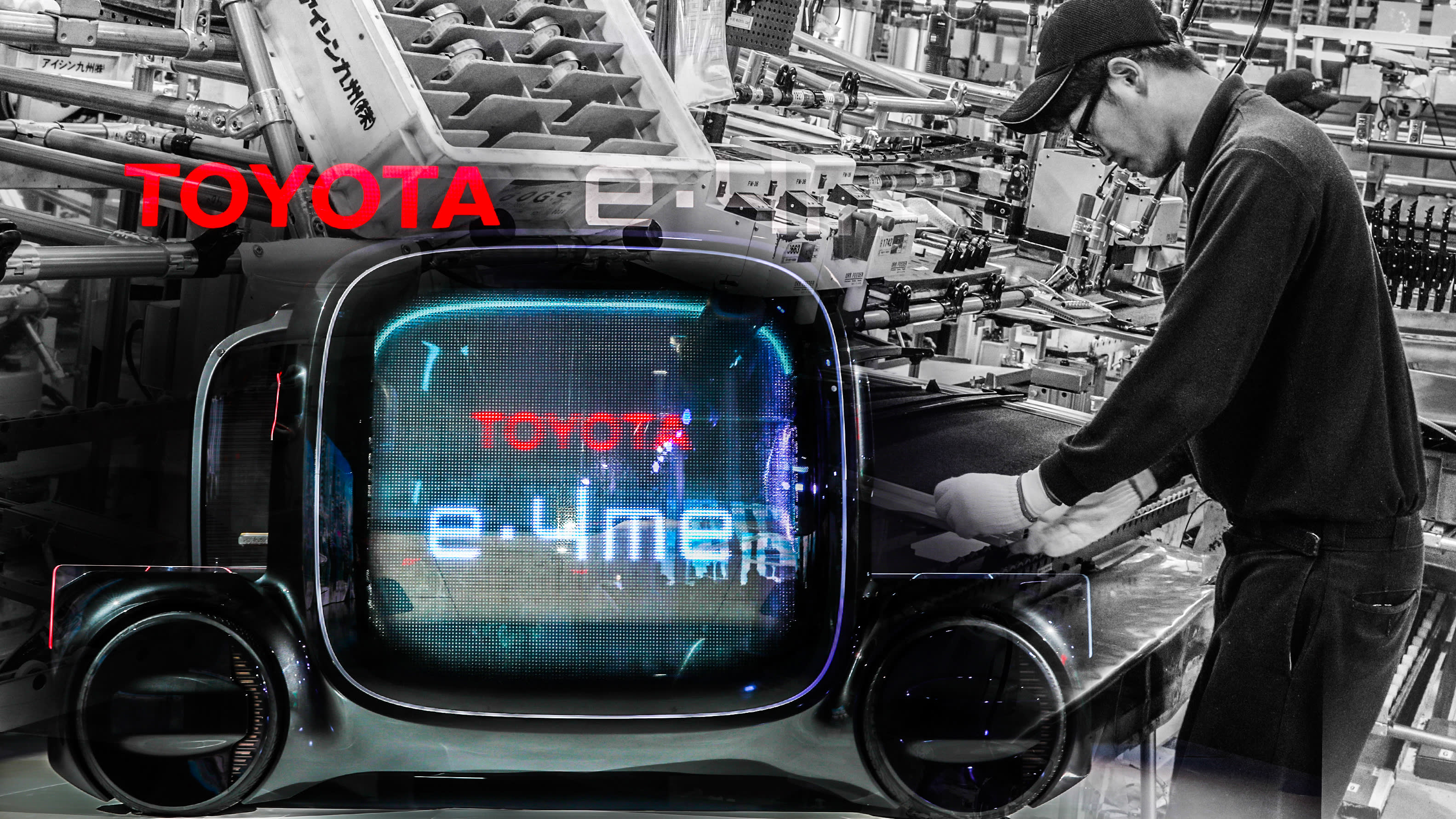 TOKYO -- The keiretsu system, which has helped Toyota Motor to become one of the most formidable players in the global auto market, is being breached by digital interlopers.

The Japanese term refers to a pyramid of businesses tied together via cross-held shares. In the car sector, the automaker stands atop the pyramid, with its suppliers sitting underneath.

The digital era, however, is forcing automakers to bring aboard software, semiconductor and other advanced technology vendors, who, though they account for only a sliver of all parts producers, can swallow half of the per-vehicle budget.

With the makeup of companies under Toyota in flux, President Akio Toyoda sees peril ahead. "This is a once-in-a-century transformational period," he said. 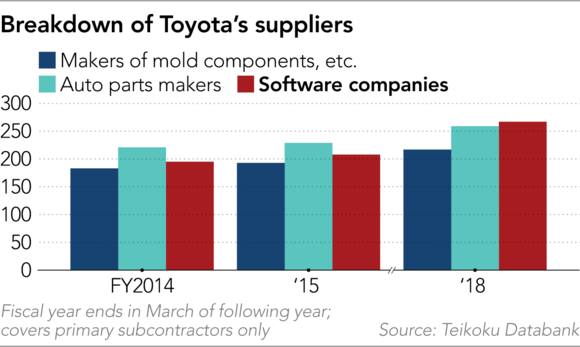 The survey looked at 38,663 companies, including approximately 5,000 suppliers that either deal directly with Toyota's 16 core group companies or are one rung below.

The survey shows 267 software developers were among the first-tier suppliers, those that deal directly with the core companies. This is about 40% more than in the 2014 survey. The 267 also accounted for 4.4% of all first-tier companies, the largest slice of the supplier pie. Traditional parts makers made up 4.3%.

Software developers also accounted for the largest share of second-tier companies, those that transact directly with the first-tier suppliers. There were 1,340 of them, making up 4.1% of the total. In the 2014 survey, there were 749 software vendors, 3.1% of the total.

Meanwhile, the percentage of traditional parts suppliers for interiors, air conditioners and the like dropped in 2018 compared to 2014, when the group accounted for 4.5% of first-tier suppliers.

The structural shift is being driven by the emergence of connected, autonomous, shared and electric cars, also known as CASE vehicles.

Connected cars require external communications systems and sensors to grasp what is happening around them and up ahead. Automakers and information technology titans are in a global race to further develop autonomous vehicles, which require vast amounts of code and computerized systems to comprehend traffic information and safely navigate roadways.

The shift has also been driven by the development of automatic control systems during the past 20 years.

Amid the shift, Toyota has been welcoming more digital startups into its family of companies. It has invested over 10 billion yen ($91.7 million) in Preferred Networks, a Tokyo-based artificial intelligence startup. It has also put money into Albert, another Tokyo-based startup known for AI that can recognize graphics and carry on automated chats.

According to an analysis by the Ministry of Economy, Trade and Industry, the ratio of software and electronic components in 2015 jumped to 40% of the total cost of producing one vehicle, up from 19% in 2004. Today, the ratio likely has exceeded 50%.

The per-vehicle installation cost of semiconductors has also surged. According to data from a U.S.-based research company, every vehicle had $429 worth of semiconductors in it in 2018, a 50% or so increase from 2007. The researcher expects the figure to rise to $629 in 2026.

Toyoda believes his automaker, the world's second largest, behind Germany's Volkswagen Group, will not survive unless it can take the lead in digitization. Toyota's research and development expenditures for the fiscal year through March are expected to swell to 1.1 trillion yen, the highest amount in the company's history. CASE-related expenditures are expected to account for around 40% of the total, and there are plans to raise them to 50% in the future.

While the advent of CASE cars upends the big automakers' plans, it is also disrupting their suppliers. Software developers and electronic component makers can expect more business with Toyota, but gas tank suppliers and other traditional parts makers will do less.

No wonder that the keiretsu structure is under stress. For decades, the system has made reasonably priced, high-quality components available at every tier. It has also been criticized for being uncompetitive since the family of companies never shops around.

Nissan Motor was quick to dismantle its keiretsu after it welcomed the since-departed Carlos Ghosn as its chief some 20 years ago. Ghosn encouraged competition among multiple component suppliers as a way to cut costs.

Toyota, which has so far maintained its keiretsu, is expected to restructure overlapping businesses as the CASE era marches forward.

In April, Toyota and Denso will set up a new company to supply in-car semiconductors. Around 500 employees from Toyota and Denso will join the company, which will take up space in Denso's Advanced Technology Research Laboratories. The semiconductor company is intended to integrate business fields -- brakes, transmissions, interior parts -- now populated by multiple group companies.

The CASE upheaval is global. In the U.S., automakers and their suppliers are competing against IT players like Alphabet's Waymo. In Europe, major German auto parts maker Continental in July revealed plans to stop developing new combustion engines by 2030. The company will instead pivot toward autonomous driving systems as well as motors and other electric vehicle components.

At least the keiretsu structure has plenty of company when it comes to worrying about its future.