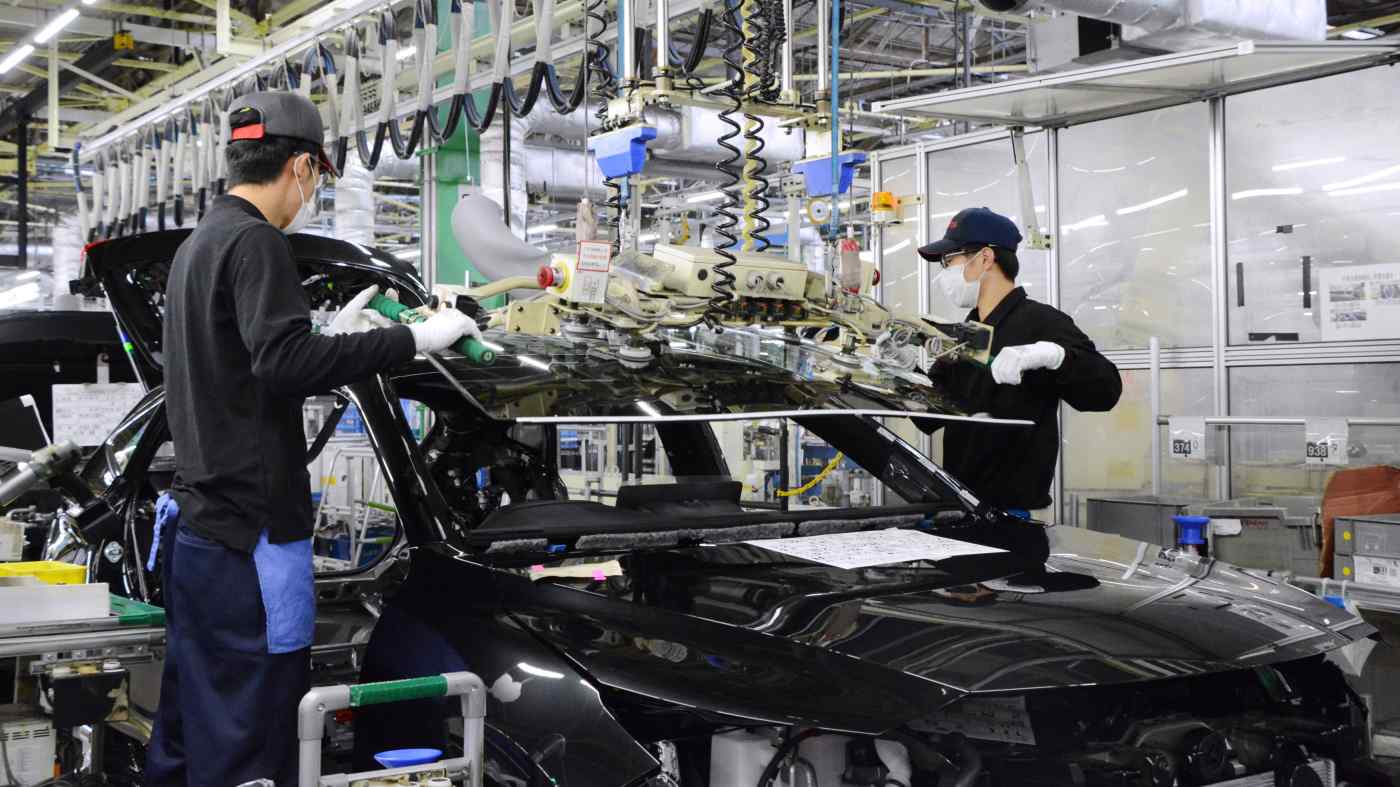 Toyota's Takaoka plant in Aichi Prefecture, Japan. If the price of steel rises by 20,000 yen per ton, the cost of steel in an average car will increase by about 15,000 yen.
Nikkei staff writersAugust 24, 2021 22:28 JST | Japan
CopyCopied

TOKYO -- Toyota Motor will raise the price of steel materials that it sells to its suppliers in the second half of fiscal year 2021 by about 20,000 yen ($182) per ton, its largest price hike in over a decade, Nikkei has learned.

The move is Toyota's first price increase in two years and highlights the impact of rising commodity prices as global industrial activity recovers from the COVID-19 pandemic.

Toyota will notify the suppliers soon. Price negotiations between Toyota and steel producer Nippon Steel appear to have been settled with a significant increase. The two companies negotiate semiannually based on the prices of iron ore and coking coal, the main raw materials for making steel. Toyota purchases a large amount of steel at a price decided by negotiation and then wholesales it to component manufacturers.

The increase in the price of supplied materials will exceed the 18,000 yen per ton in the second half of fiscal 2010 and will be the largest since that same fiscal year, when negotiations between the two companies changed from once to twice a year. The rate of increase varies depending on the type of steel material, but the typical one is estimated to be over 20%.

Passenger cars in general each contain roughly 0.7 tons of ordinary steel. If the price per ton rises by 20,000 yen, the cost of steel materials will increase by about 15,000 yen per car.

Prices of raw materials, an important metric in the negotiations between Nippon Steel and Toyota, are skyrocketing. The average price of iron ore procured by domestic steel companies from April to September 2021 was over $160 per ton, up 50% from the period running from October 2020 to March 2021. The average price of coking coal from January to June 2021 is nearly 10% higher than that from July to December 2020.

The rise in steel prices is also due to a sharp overall rise in global steel prices. Due to the recovery from the pandemic, production activities and construction work are growing around the world, and demand for steel products is strong.

The price of hot-rolled coils used in a wide range of applications in East Asian markets will remain at just under $1,000 per ton, twice the level of the same period last year. It has exceeded $2,000 for the first time in the U.S.

In light of this global situation, Nippon Steel has requested Toyota to raise its steel prices. Steel prices are directly linked to the profits of steelmakers. With overseas steelmakers already raising prices, if Nippon Steel's prices remain relatively low, its profit level may fall, leading to a relative decline in competitiveness. Strengthening profitability will be key, as investment in decarbonization is expected to increase. In order to maintain a stable and high-quality steel supply system in the future, Nippon Steel has urged a price increase.

Toyota also decided that it had to accept a certain price increase in order to procure a stable supply of steel materials.

In the future, the focus will turn to whether companies can absorb these high costs of raw materials by reducing other costs or pass them on through higher product prices.