Toyota takes off for fuel cell age with Chinese carmakers

Japanese automaker to provide tech for zero-emission trucks and buses 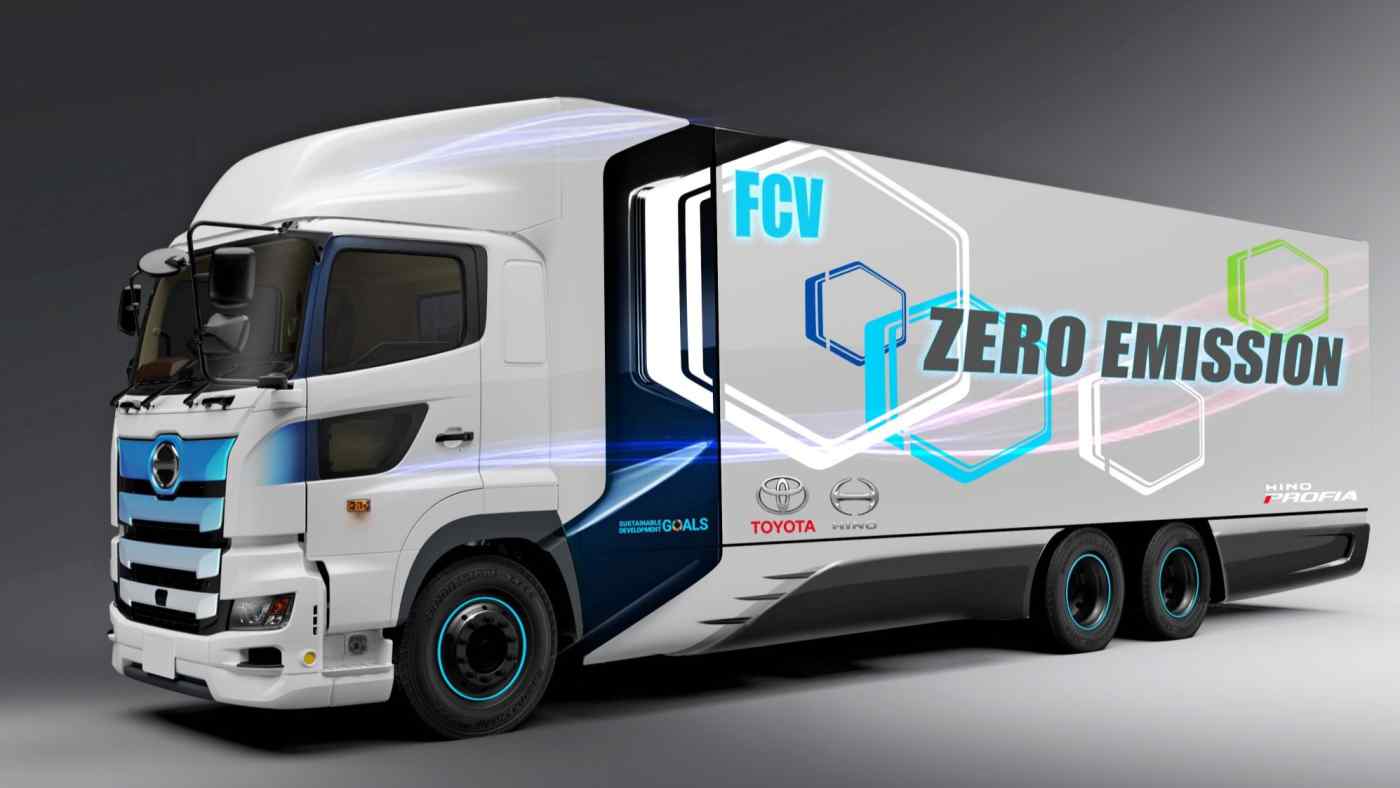 NAGOYA/BEIJING -- Toyota Motor announced Friday that it will establish a joint venture with five Chinese companies to develop fuel cell systems for commercial vehicles, positioning itself to cash in on China's ambition for the zero-emission automobiles.

The joint venture, to be capitalized at about 5 billion yen ($45.8 million), will be established by the end of the year. Toyota will be the principal shareholder with a 65% ownership.

The partners will form a research lab in Beijing where each company will contribute its strength in key fuel cell components, control systems and onboarding equipment. The aim is to the use of fuel-cell technology in trucks, buses and other commerical vehicles.

"It is important to find partners to promote the electrification of cars," Toyota Chief Operating Officer Shigeki Terashi said in a statement. "By working with companies that have considerable influence in China's commercial vehicle market as well as SinoHytec, which has reliable technological capabilities, we will be able to establish the foundations for the widespread use of FCEVs [fuel cell electric vehicles] in China."

Fuel cell vehicles generate electricity when their hydrogen reacts with oxygen in the air. They are considered the "ultimate eco-car," because the only thing they discharge while operating is water. Toyota took the lead in the field when it released the world's first mass-produced fuel cell vehicle, the Mirai, in 2014. Due to the lack of infrastructure, however, they have not gained traction among consumers.

By expanding its presence in China, where the government is showing keen interest in environmentally-friendly vehicles, Toyota aims to not only improve the performance of its fuel cells, but also accelerate the development of the necessary infrastructure. Fuel cell vehicle partnerships are popping up one after another, both in Japan and elsewhere. Honda announced in January that it would jointly develop a fuel cell truck with Isuzu Motors. Germany's Daimler and Sweden's Volvo announced in April that they would establish a joint venture to develop and mass produce a fuel cell truck.

The partnership comes amid falling sales of new energy vehicles (NEV) in China. In 2019, the country experienced its first decline in overall sales compared to the previous year. NEVs only take up about 5% of the auto market in China but the government is aiming to increase the rate to more than 20% by 2025.

Only about 2,700 FCVs were sold in China last year, amounting to 0.1% of all NEVs. The government is looking to expand the penetration of fuel-cell commercial vehicles by 2035, with fuel-cell buses to receive the initial focus.

Beijing plans to make its major auto partners, Volkswagen and Toyota -- the top two in Chinese car sales -- compete against each other.

Toyota has already partnered with Beijing Automobile Works on FCVs. Establishing the joint venture is also a part of building a framework where major state-owned companies can come together, in a bid to accelerate FCV business with the help of the Chinese government. Beijing plans to deepen its collaboration with Toyota on FCV business while also accelerating its EV business with VW.

In 2017, VW signed a joint venture agreement with China's JAC Motor on NEVs. Last month, VW agreed to invest 50% in JAC's parent company. According to the agreement document, VW will increase its annual production of NEVs by 400,000 units at JAC.

As U.S.-China tensions grow, Beijing, with its advantage of having a big auto market, plans to strengthen its ties with Toyota and VW, both leading companies in their own countries and regions.

One person related to the automobile industry said, "China is aiming to bring in new technology and revitalize the new energy vehicle market by making Volkswagen and Toyota compete within the China market."

Production of FCVs will reach about 100,000 units in 2030, according to research firm IHS Markit, multiplying 20 times from 2018. But the scale still pales to the projected output of 13 million EVs.