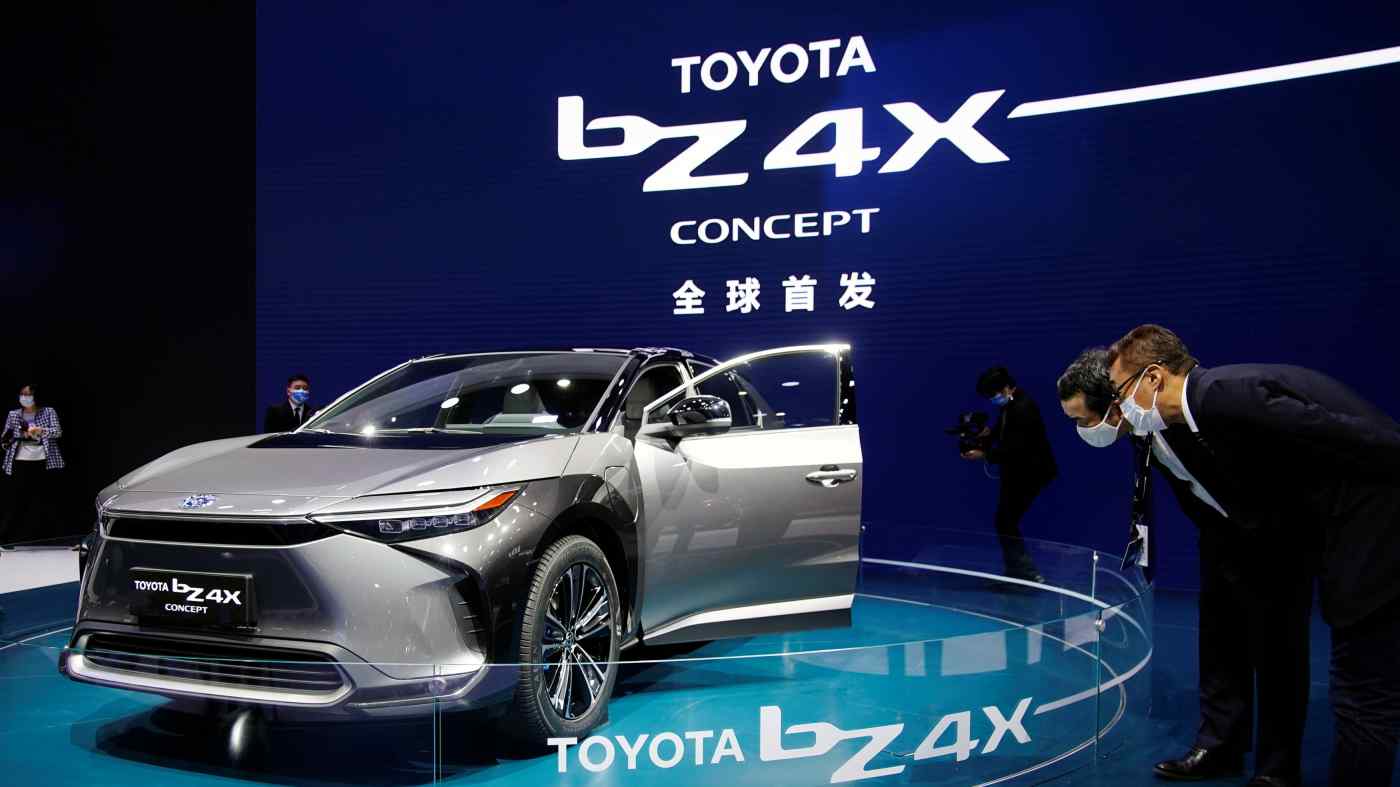 TOKYO -- Toyota Motor will invest 1.5 trillion yen ($13.6 billion) in batteries used for electric and hybrid vehicles by 2030, the company said on Tuesday, without disclosing any plans or locations for new factories.

Investments, however, are likely to be made in the automaker's major markets, including China and the U.S. In Japan, the company is planning to expand production through a joint venture with Panasonic.

The announcement comes with Toyota expanding its focus from hybrid vehicles, which combine an electric motor and engine, a segment the automaker helped kick-start, to fully electric models.

In May, Toyota announced it aims to sell 8 million electric and hybrid vehicles by 2030. That target includes 2 million EVs and fuel cell vehicles. By region, electric or fuel-cell vehicles will represent 40% of its sales in Europe, 15% in North America and 10% in Japan.

At the Shanghai International Automobile Industry Exhibition in April, Toyota said it would launch 15 EV models by 2025, including one jointly developed with compatriot Subaru that is to be released next year. The announcement was the first indication that Toyota intends to develop a full line of eco-friendly vehicles.

Toyota's spending on batteries for electric cars is set to reach about 160 billion yen in the fiscal year ending March 2022, double the previous year. The company is expanding production lines of a battery subsidiary Prime Planet Energy & Solutions in Japan's Hyogo Prefecture and Dalian, China.

Another subsidiary, Primearth EV Energy, is also expected to increase production capacity at its sites in Japan's Miyagi Prefecture and China.