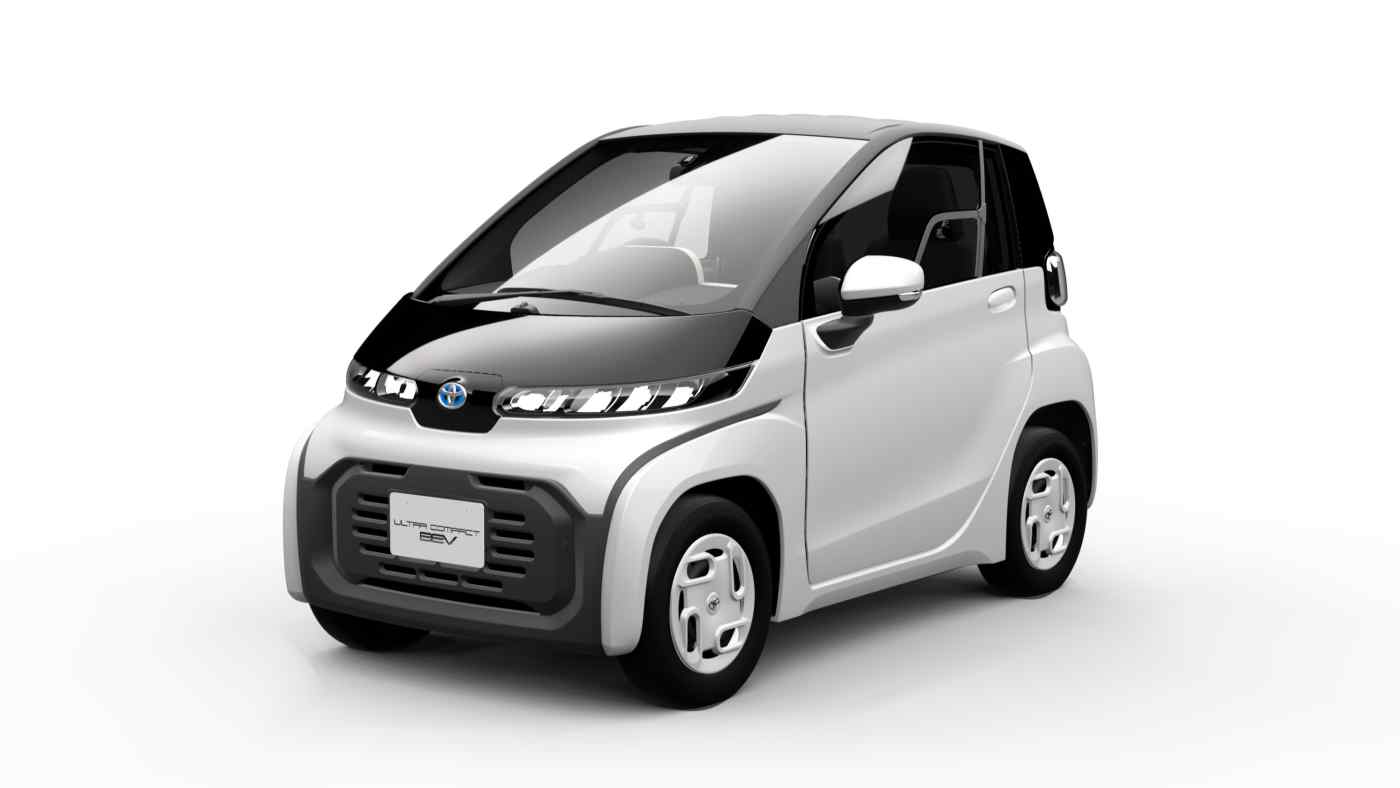 NAGOYA, Japan -- Toyota Motor will introduce a two-seater compact electric vehicle next year, with an initial sales target of around 100 vehicles for business clients and local governments, Nikkei has learned.

The rollout is in line with the Japanese government's plan to make all new vehicles, including minicars, either fully electric or hybrids by the mid-2030s. The launch of a new model by Toyota, which has been cautious about EVs up to now, is likely to influence the strategies of other manufacturers.

Toyota expects demand for the new EV for short-distance travel in cities and mountainous areas. Sales to the general public are expected to follow the initial rollout, after 2022.

The move comes as the automaker looks to create different types of electric cars to a meet variety of transportation needs.

Two-seater compact EVs are classified in Japan as ultracompact mobility for ultrasmall kei cars. Toyota's new EV is expected to be priced around 1.6 million to 1.7 million yen ($15,500 to $16,400), excluding subsidies. It is expected to have a range of around 100 km per charge.

The new EV will be equipped with a lithium-ion battery made by Tokyo based-Prime Planet Energy & Solutions, a joint venture between Panasonic and Toyota.

The car is designed for easy driving in mountainous areas and cities, with a small turning radius, and Toyota anticipates demand from a wide range of drivers, from elderly people who frequently drive kei vehicles to younger, first-time drivers.

Toyota released its first commercial EV, the UX300e, under the luxury Lexus name plate in China and Europe this year. It has a range of 367 km and has been available by lottery in Japan since October, but only in tiny numbers: 135 vehicles. Japan's top automaker also plans to roll out an EV sports car for the European market.

Toyota is facing government pressure in Japan to develop small EVs and the new model could replace gasoline-powered minivehicles.

Industry watchers will now focus on how Toyota subsidiary and minicar manufacturer Daihatsu Motor and Suzuki, which has a capital tie-up with Toyota, respond to demand for electric cars.

Both companies are rushing to develop their own technology, but Toyota's introduction of a small EV could help Daihatsu and Suzuki, allowing the smaller automakers to use its technology.