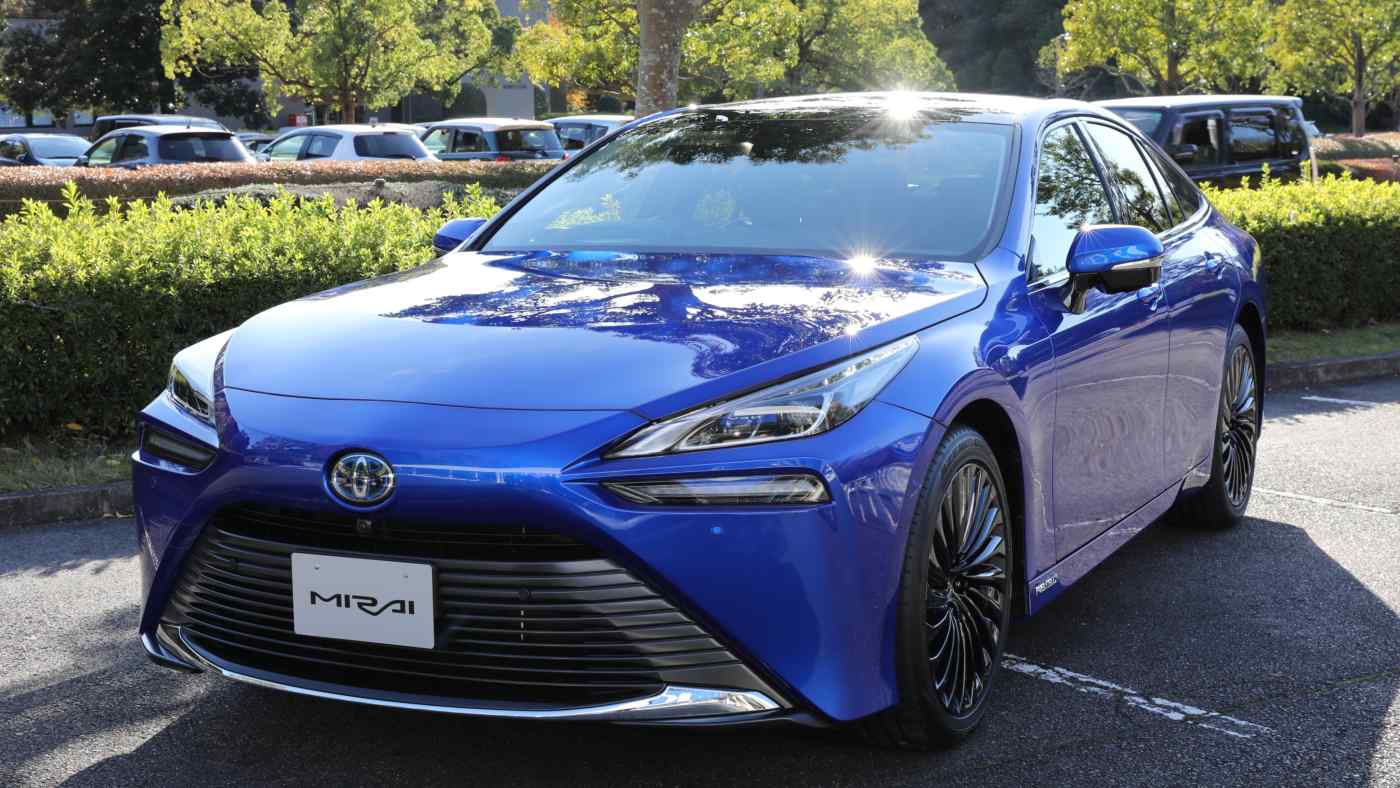 BEIJING -- Toyota Motor is planning to produce the key components of fuel cell vehicles in China, starting as early as next year, Nikkei has learned.

It will be the first time the Japanese automaker is producing such components outside Japan.

The move was made in response to a request from China that Toyota manufacture the key components in the country in exchange for support from Beijing.

China aims to put as many as 1 million fuel cell vehicles on the road by 2035 in an aggressive campaign to promote clean vehicles.

Toyota's move was confirmed by Minggao Ouyang, a Tsinghua University professor. Ouyang is an expert on new energy vehicles and involved in policy formulation in the Beijing government. He told Nikkei that Toyota is working with a Tsinghua-affiliated company to build a manufacturing facility for the driving systems of fuel cell cars.

To be produced in China is the core system of such vehicles that are made up of fuel cell stacks and other components. Fuel cell vehicles generate electricity by combining hydrogen and oxygen.

The components produced in China will be used in buses and other commercial vehicles. Toyota and the Tsinghua University company are deciding on details of the partnership, such as the specification of the system and the extent of local production.

The move follows the establishment of a fuel cell vehicle joint venture between Toyota, Tsinghua and a Chinese state-owned automaker in 2020. Currently, components of the fuel cell stacks are manufactured in Japan and shipped to China for assembly. Toyota plans to switch supply from Japan to local production.

The new production facility is expected to open sometime between 2022 and 2023. The amount of investment could total hundreds of millions of dollars.

Toyota's initiative comes as Beijing began the process of selecting FCV model cities. The selected cities could receive up to 1.7 billion yuan ($260 million) in incentives.

Under Beijing's green car strategy, FCV is positioned as a next-generation vehicle along with EV.

To be eligible for incentives, a city must develop a supply chain for FCV production, including that for fuel cell stacks.

Likewise, Toyota needs to choose cities where it wants to establish production facilities.

China is a key market for Toyota, the second largest player in the country after Volkswagen. The Chinese government is pushing automakers to introduce new technologies in an effort to boost economic growth.

Toyota plans to expand its business in China by focusing on the new energy field.

In 2015, Toyota decided to open up its patents for the manufacture of FCV in hopes that other automakers will join in the production.