In wake of COVID, marque targets those seeking escape from public transport 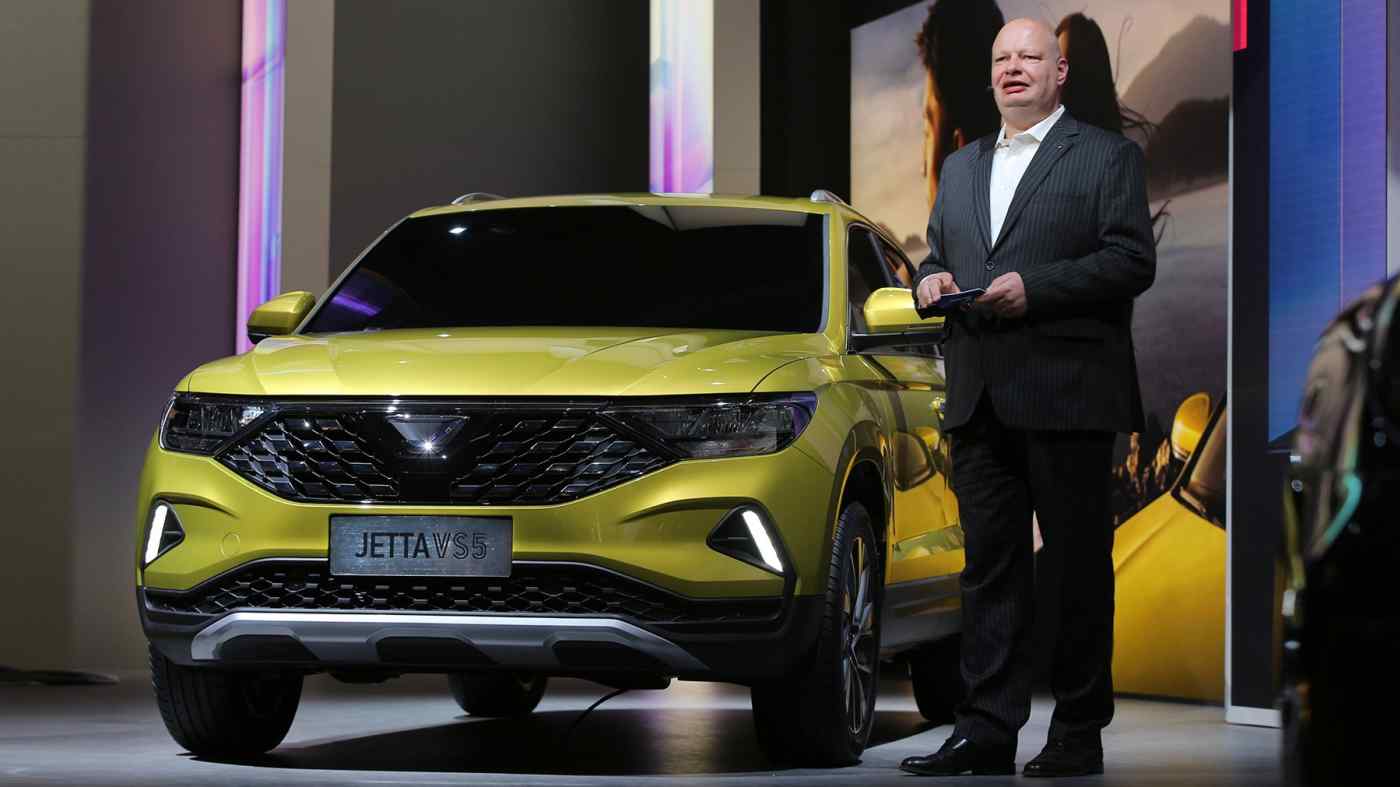 HAMBURG, Germany -- While most carmakers are struggling to get consumers into showrooms and opening their wallets amid worries from the coronavirus pandemic, Germany's Volkswagen has managed in recent months to extend its lead as China's top auto seller.

Critical to this advance has been Jetta, a new entry-level brand VW launched in China last September. The brand, named for the sedan that was previously the country's top-selling model, has been pitched as a reasonably priced alternative to public transport for those seeking to minimize contact with strangers.

"We have surveys showing that more Chinese want to own cars in order to reduce exposure to the coronavirus, and Jetta caters well to these first-time buyers by bringing VW quality to them at prices that are 20% to 30% lower than those of VW-branded models sold in China," Jetta Chief Executive Harald Mueller told the Nikkei Asian Review in a recent interview.

VW and state-owned joint venture partner FAW Group Corp. sold 67,600 Jetta vehicles in the first half of 2020. This gave the brand a share of just under 1% share of the Chinese market and topped that of Volvo, the Swedish car brand owned by China's Zhejiang Geely Holding Group.

"The 1% market share we have achieved so far shows that our approach works, and we are confident to stay north of 1% aided by our plans for a new model targeting young families," Mueller said.

VW, whose brands include Audi, Porsche, Lamborghini and Bentley, delivered 1.59 million vehicles overall in China, including Hong Kong, during the first half of the year. This was 17% less than in 2019 but bested the Chinese market's overall 22.4% drop, thus boosting VW's overall share of sales by 1.2 percentage points to almost 20%. Operating profits from China however slipped by a third to 1.4 billion euros ($1.66 billion).

Jetta has also been a boon for FAW, which was the only major Chinese automaker to ship more cars in the first half, according to Fitch Ratings which said last month that the FAW-VW joint venture overtook VW's partnership with SAIC Motor to become the country's top passenger car producer.

The partners launched Jetta last year with two models, the VA3 sedan and VS5 SUV, with some 17 million Chinese tuning in for the inaugural event, anchored by the popular pop band New Pants. VW has saved money on the Jetta models it produces in Chengdu, China in its joint venture with FAW Group by reusing platforms and parts designed for other models.   © AP

Around 80% of Jetta buyers are first-timer car owners, who VW says represents a third of China's auto market. These shoppers will buy around 5 million cars this year, research company IHS Markit estimates.

While Jetta has set up its own network of 233 physical dealerships, with another 50 in the works, VW has focused on digital marketing, an emphasis reinforced by the COVID-19 outbreak.

In March, with most Chinese cities just emerging from lockdown, the brand introduced its third model, the VS7 SUV, via popular video app Douyin. A preview livestream event with car bloggers test driving the vehicle and discussing its performance drew some 920,000 views. Around 10 million tuned in for the actual launch event, featuring performances by three bands.

Another key element of VW's strategy with Jetta has been to minimize production costs at the joint venture's factory in the southwestern city of Chengdu by reusing platforms and parts designed for models from other brands in the company's lineup and by restricting the range of feature options offered.

The company is using only materials "off VW's shelves and thus profiting from economy of scale," Mueller said. While a typical model offered by VW in China might come in several hundred different combinations of exterior and interior colors and other features, the Jetta models come in only 25 variants, he said.

"Jetta's concept of limited variant diversity is unusual for VW, and Jetta could well become a trendsetter for VW as a whole," said Stefan Bratzel, director of the Center of Automotive Management at the University of Applied Sciences in Bergisch Gladbach, Germany.

Indeed, the brand launch is going so well for VW that Mueller has suggested to other interviewers that the company will consider extending it abroad. A spokeswoman confirmed this to Nikkei but declined to identify markets under consideration. In a separate interview she highlighted, VW Chief Executive Herbert Diess said the company has a "lot of things to do in China before we think about exporting" the Jetta brand.