Vingroup leans on government and ride-hailer to boost auto sales 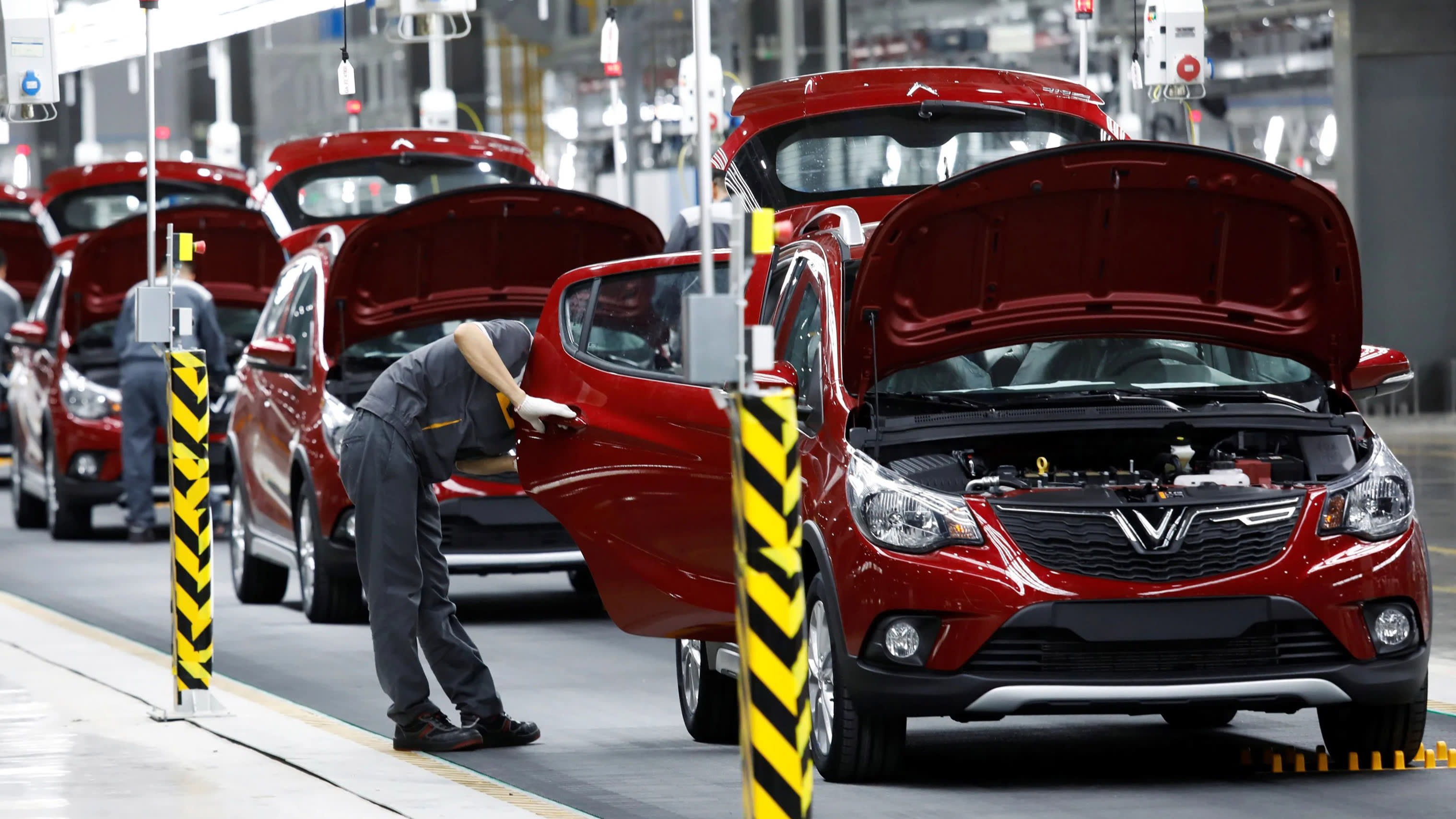 HANOI -- Vingroup, the ambitious Vietnamese conglomerate that recently added an automaker to its portfolio of companies, is giving the government a sales pitch while offering incentives to ride-hailing drivers looking to buy a new car.

VinFast began delivering vehicles to customers in June, two years after the company was founded. The company said it had received more than 10,000 orders from individual drivers before cars started rolling off its assembly line.

Government and corporate customers could help VinFast reach 15,000 first-year sales, said Tam Chanh, a Vietnamese political expert and independent market analyst. Hanoi has introduced incentives to support the local car industry, and "VinFast will be one of the major beneficiaries," Chanh added.

It is the country's only indigenous automaker.

Earlier in August, Vingroup announced it is teaming up with domestic ride-hailer FastGo to provide financing deals to up to 1,000 drivers who buy VinFast cars. The collaboration begins in September.

The financing deal will allow drivers to buy a Fadil with an upfront payment of 20% of the sticker price. The Fadil is a 1.4-liter hatchback that starts around 450 million dong ($19,400).

FastGo drivers in newly purchased Fadils will be given exclusive rights to wait for and receive passengers at the vast number of Vingroup complexes in Hanoi, Danang and Ho Chi Minh City.

In Hanoi, Vingroup has 10 mega complexes that include residences, hotels, offices and other facilities as well as eight Vincom centers or mega malls, 41 Vinmart supermarkets, 19 Vinschools, four Vinmec Hospitals, and a Vinpearl tourist spot.

FastGo, meanwhile, will offer discounts of 50% to customers who book rides to or from Vingroup destinations in Hanoi, Danang and Ho Chi Minh City.

The ride-hailer expects the deal to bring in customers from Vingroup, which covets the opportunity to expose potential buyers to VinFast cars.

The collaboration also calls for FastGo to lease 500 cars from VinFast. The first shipment, of about 200 Fadils, will be made by the end of the year, according to local media reports.

Vingroup has invested an estimated $3.5 billion in its car factory located in the northern port city of Haiphong. Initially, VinFast expects to produce 250,000 cars a year (Vietnam's passenger car sales came to 276,000 in 2018). VinFast's eventual aim is to build 500,000 vehicles a year.

That goal remains a long way off. To make headway, Vingroup is keen to tap foreign markets. Vo Quang Hue, the Vingroup deputy CEO who is in charge of the VinFast project, told local media outlets that the company expects to export cars to Russia, though he refused to say when.

Nguyen Huu Tuat, FastGo's founder and CEO, told the Nikkei Asian Review that the ride-hailer is working on a potential deal that would provide VinFast vehicles to FastGo's business in Myanmar, where the company has been operating since December.

VinFast is also talking to Vietnam's government about replacing cars in its fleet by purchasing and leasing VinFast models, sources said.

The central government spent more than 1 trillion dong buying 1,081 cars in 2017, according to a report. The country has more than 39,400 public vehicles worth over $1 billion, the report said. The government fleet has been made up of Toyota vehicles and those of other foreign brands.