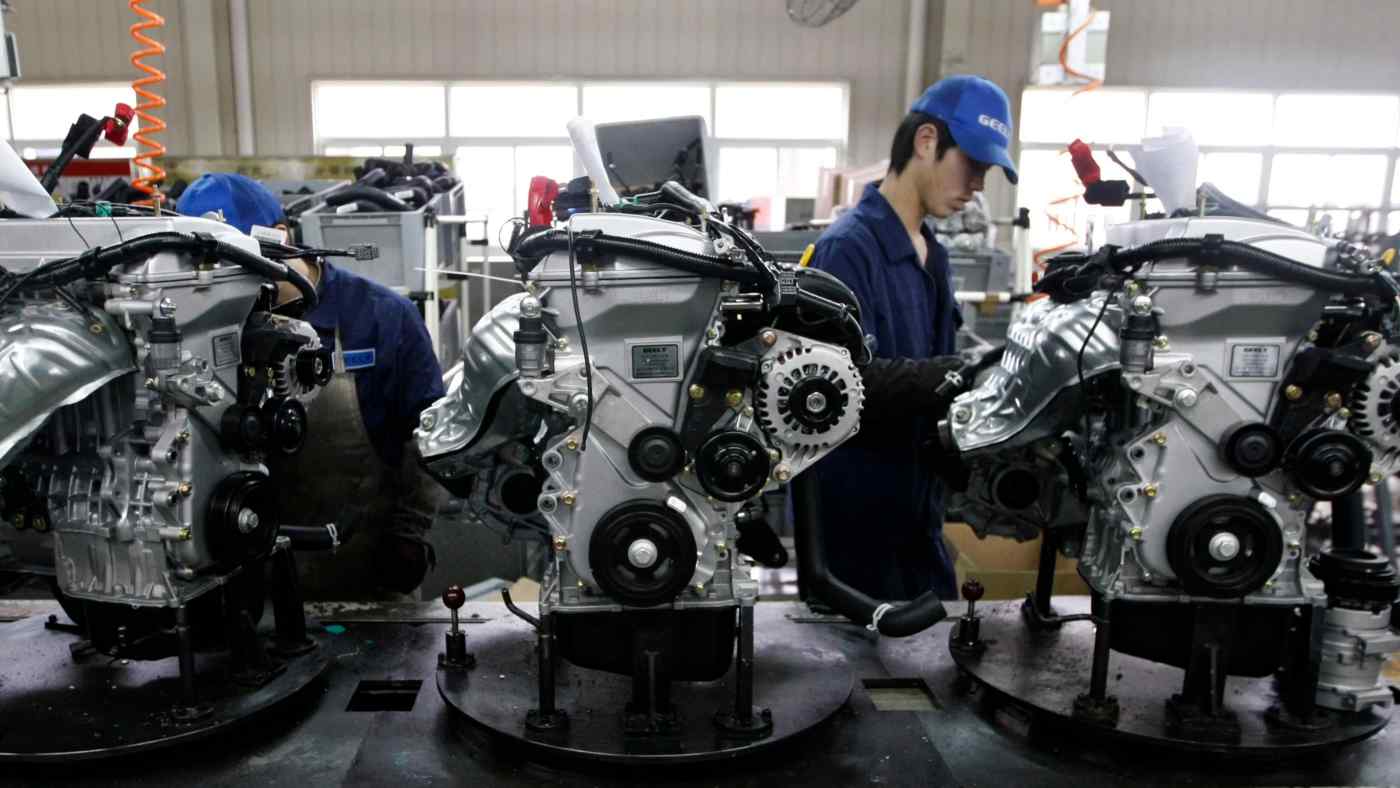 Geely will merge its gasoline engine operations, such as this plant in Hangzhou, China, with Volvo's by the middle of the next decade.   © Reuters
KOSEI FUKAO, Nikkei staff writerOctober 8, 2019 01:45 JST | Europe
CopyCopied

FRANKFURT, Germany -- Volvo Cars and Chinese parent Geely said Monday they will combine their internal combustion engine segments into a standalone company in an effort to free up resources for developing electric vehicles.

The two automakers will start by forming their own independent units next year that will house their gasoline engine and hybrid system operations. The timeline of the merger is still being discussed, but it appears the process will be completed around 2025 at the latest.

The new company will employ roughly 3,000 workers from Volvo and about 5,000 from Geely, which is formally known as Zhejiang Geely Holding Group. The capital structure of the unit will be determined at a later date.

The new company will handle research and development, procurement and production of next-generation gasoline engines and hybrid powertrains. It will supply Geely and Volvo as well as other automakers under Geely's umbrella, such as Lotus of the U.K. and Malaysia's Proton, in addition to customers outside the group.

Sweden-based Volvo announced in 2017 that all models sold from 2019 will be fully or partially electrified, becoming the first automaker worldwide to make such a commitment. The goal is to have fully electric vehicles make up half of global sales by around 2025, with the other half coming from hybrids.

The new venture will initially focus on boosting the competitiveness of hybrids. "Hybrid cars need the best internal combustion engines," Volvo President Hakan Samuelsson said in a statement. "This new unit will have the resources, scale and expertise to develop these powertrains cost efficiently."