BHP aims to grow potash mining into a core business 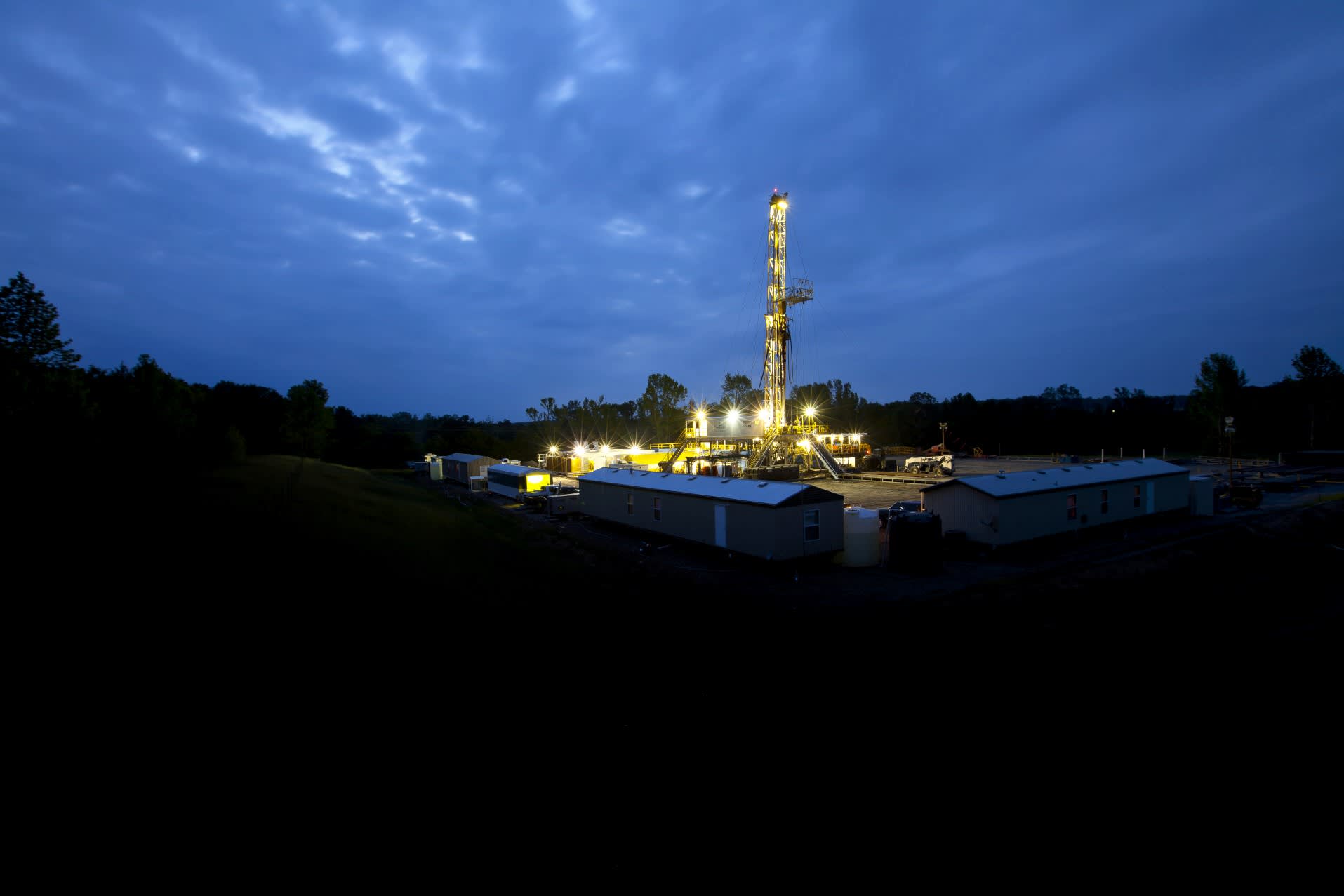 BHP aims to divest some of its U.S. onshore shale assets, such as those in Fayetteville, Arkansas. (Courtesy of BHP Billiton)

SYDNEY -- BHP Billiton is increasing its investment in potash mining and seeking to divest its U.S. shale gas assets.

Andrew Mackenzie, CEO of the world's largest miner, told The Nikkei that "under some circumstances, we might start to grow potash to the size of our iron ore business today."

Mackenzie said BHP will continue its restructuring effort. It is looking for an opportunity to sell its shale gas business, which has seen its profitability deteriorate, to focus more on potash, potentially bringing it into line with the company's dominant iron ore business which reaps over $9 billion a year.

Potash is a mineral from which potassium, an important input in fertilizers, is derived. BHP holds a concession via its Jansen development in Canada, a country which produces 25% of the world's potash. The Anglo-Australian miner may spend $4.7 billion developing the Jansen mine, which would be the company's biggest single investment ever, excluding acquisitions. It will make a final decision as early as June 2018, after assessing market trends, Mackenzie said.

The company is installing equipment to extract the potash from a deposit about 1km below the surface. If it decides to go ahead with full-scale investment, it could be producing 4 million tons annually by 2023.

Jansen is believed to have the potential to produce 10 million tons of potash annually for 50 years. In a few years, that would be equal to one-fifth of the world's output of around 50 million tons. BHP believes it has "the best undeveloped ore bodies in the world," Mackenzie said.

Canada is the world's largest potash producer, along with Russia and Belarus. The big miners include Russia's Uralkali, Canada's Potash Corp. of Saskatchewan and Germany's K+S. Others, including Rio Tinto, another U.K.-Australia combination, and Brazil's Vale, also have potash concessions.

Mackenzie said BHP's advantage in potash lies in the know-how it has gained from other types of mining, which will help it reduce production costs.

"We've obviously chosen those ore bodies because they're nice and flat, which means we can make much better use of automation," he said. "Then, we're using primarily ideas we have from the rest of the mining [field] -- probably more from coal than anywhere else -- and separation techniques more related to something like copper."

A hungry world means growing demand for fertilizer, and thus for potash. The Food and Agriculture Organization of the United Nations estimates demand will grow by 2.4% a year through 2020. According to U.S. government figures, global potash consumption will reach 43 million tons by 2019, up from 39 million tons in 2016, driven by demand from growing populations in countries such as China and India. 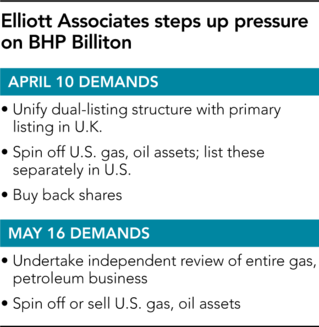 BHP expects the rising demand for fertilizer will lead to a long-term increase in potash prices.

In contrast to its plans for potash, Mackenzie indicated BHP is looking to unload its shale gas business in the U.S., saying, "It is not a long-term business for us." With a moderate recovery in oil prices, BHP is searching for buyers for its shale gas assets, including one in Fayetteville, Arkansas.

BHP got into the business in 2011, buying the Fayetteville concession and Petrohawk Energy, a U.S. shale gas producer, spending some $15 billion in all. But a frenzy of drilling led to a glut of gas and plunging prices. "Some of the potential we saw for this portfolio when we bought it ... is very hard to realize, even though we've got great reserves and we've got tremendous operating capability," Mackenzie said.

While the company plans to sell the shale assets, it will invest more in conventional oil, such as deep-sea oil drilling.

BHP is being nudged along by U.S. activist investor Elliott Associates, which has been demanding that the company spin off its gas and oil assets in the U.S. In April, the hedge fund, which owns 4.1% of BHP shares trading on the U.K. market, sent a letter in which it also demanded that the company end the dual listing of its shares in London and Sydney, saying they should only trade in the U.K. It also called for share buybacks.

BHP rejected these proposals, saying the risks outweighed the benefit. Elliott tweaked its demands in May, but has not dropped them.

"Everything they've come to speak to us about are things we've been thinking deeply about for a long time," Mackenzie said. "They didn't change their initial ideas very much, and we've thought a lot about them. And in my view, they add very little, if any, value to the company."

Mackenzie played down the impact on Japanese customers of a new mining tax under discussion in Western Australia, where BHP mines iron ore. The levy targets BHP and rival Rio Tinto. "I don't think we should get too alarmed by it," Mackenzie said.