"What do you think is the biggest evil man can commit?"

Many young people posted their answers, but one in particular stood out. Wei Zexi, a 21-year-old college student from Shaanxi Province, wrote a lengthy post in late February, claiming he had fallen victim to a deceitful business practice.

"I've decided to write this after thinking it through," he wrote. "I don't reveal the company's name, but many people will know what it is. I hope my post will help reduce the number of victims, if only by little."

Wei had developed a synovial sarcoma, a rare form of cancer with a high fatality rate, in his sophomore year. He received treatment at an ordinary hospital but his health continued to deteriorate.

Eventually, his last hope was a hospital his parents had found through Baidu's search engine.

It was a major hospital affiliated with the military which claimed to be conducting joint research with Stanford University on a type of immunotherapy for treating synovial sarcoma.

The name of the hospital came up on top in a keyword search on Baidu, convincing Wei and his family that the institution was at the forefront of cancer treatment research.

A doctor at the hospital reassured Wei, telling him that the cutting-edge treatment had a success rate of 80-90%. Wei withdrew from college and borrowed money from relatives and friends to raise more than 200,000 yuan ($30,200) to pay for the treatment from the Second Hospital of the Beijing Armed Police Corps.

However, despite months of treatment, Wei's conditions failed to improve and the cancer eventually spread to his lungs.

Faced with the prospects of imminent death, Wei began researching the treatment again.

At that point he received shocking news from a friend in the U.S. The treatment had become obsolete after proving completely ineffective.

It transpired the hospital had made false claims about the treatment and its joint research with Stanford.

"Even medical information search has become a business," Wei wrote. "I never imagined such an evil practice could exist ... "

On April 12, about two months after his post, Wei died at the age of 21. His death lifted the lid on the medical ad scandal that is threatening the online search giant.

Sharp-eyed security guards keep reporters from approaching the hospital at the center of the scandal. 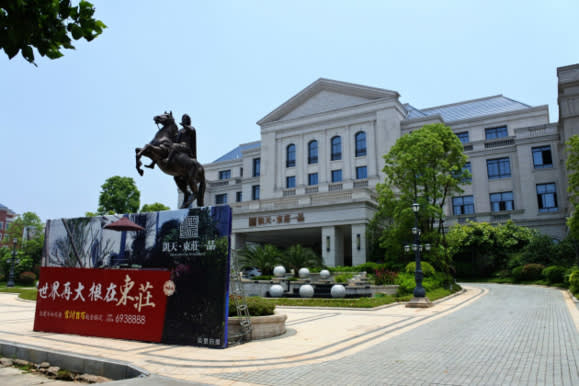 A ghost town of luxurious mansions in a suburb of Putian, Fujian Province, is a symbol of the dominant hospital network in China.

The gates remain firmly closed and a large notice stating all services have been suspended has been up since May 4. But patients continue staging protests against the hospital.

The Second Hospital of the Beijing Armed Police Corps was in fact operated by a private-sector medical service provider. Many state-run hospitals that cannot turn a profit allow such service providers to use their name and facilities in return for fees -- a common practice in China's huge health care sector.

The experimental immunotherapy treatment Wei had received at the hospital was actually provided by a private-sector hospital affiliated with a network of health care providers, known as the Putian system, named after the city in Fujian Province from which many of them came.

There is an eerie ghost town of luxurious mansions in the Putian suburb of Dongzhuang.

The residences look like the grand villas of an upmarket resort. The owners are all extremely wealthy, according to a taxi driver from Henan Province. "Since they live overseas, they only come to these houses during the New Year holidays."

Dongzhuang is the birthplace of the Putian hospital network, which is now represented by a national association, the Putian (Chinese) Health Industry Association. About 80% of the 10,000 private hospitals in China are affiliated with the association.

Most of the 80,000 residents of Dongzhuang are believed to have links to the Putian network.

On a hill in the town stands a solemn-looking temple built by Chen Deliang, the 65-year-old founder of the Putian network. It is now used as the "family temple" of local residents, who say the town owes its prosperity entirely to Chen.

The Putian system originated in the 1980s, when China did not have many large modern hospitals and the high-cost health care at such institutions was out of the reach of ordinary citizens.

Chen was not trained as a doctor but had knowledge of traditional Chinese herbal medicine, especially treatments for skin diseases. He gradually built up a strong reputation in Dongzhuang.

Over years, Chen's disciples created and developed a network of modern hospitals which became the Putian system. From the 1990s onward, the network expanded throughout the country and widened the scope of areas they deal with from dermatology to gynecology, urology and cosmetic surgery.

Public hospitals in China have to deal with large numbers of patients, and ordinary citizens face lengthy waiting periods unless they have special contacts within the health care system. 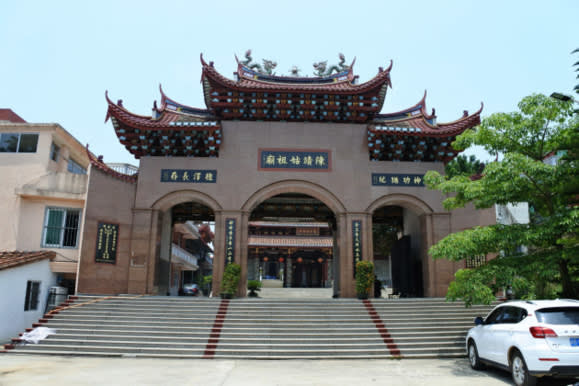 Chen Deliang, the founder of the Putian system, remains extremely popular in Dongzhuang, the birthplace of the network.

The Putian network has taken advantage of the problem to expand its presence. It first built dominance in specific areas like venereal disease and cosmetic surgery while expanding its presence nationwide by offering outsourcing services to public health care institutions, mainly large military hospitals.

Now the network operates some 8,000 hospitals and clinics around the country, earning 305 billion yuan in revenue per year. A total of 630,000 people work for the network, including employees of affiliated companies such as medical equipment suppliers.

Chen's disciples have become senior executives of the association. Several hundred people linked to these doctors have over 100 million yuan in personal assets.

Baidu has been playing an important role in the expansion of the Putian system. Two years ago, the Communist Party secretary who was the top official of the city revealed that 12 billion of the 26 billion yuan of Baidu's online ad revenue in 2013 came from Putian hospitals.

Putian hospitals have been paying significant sums of money to Baidu to promote their treatments in its search results.

But Baidu has been ordered by the authorities to restructure how advertising results are handled on its search engine.

One factor behind the near monopoly of the market by the Putian health care group, supported by the group's collusion with Baidu, is a wide network of human contacts in Fujian's political and business communities.

One prominent figure in the network is former Chinese President Jiang Zemin. One of the advisers to Putian hospitals is Chen Zhili, a former vice chairwoman of the Standing Committee of the National People's Congress who is said to have close personal ties with Jiang.

The Putian hospital group had the political connections needed for its rapid expansion. But, in recent years, the group has been affected by a radical change in the political landscape.

A Baidu executive has said the scandal reflects power struggle between Jiang and President Xi Jinping, who also served as the top official of Fujian and has many contacts among the rich and powerful in the province.

Xi and Jiang are locked in a battle over the power base in Fujian, according to sources.

The worst affected by this power struggle within the Communist Party, however, are ordinary citizens with no political connections. But the outrage over Wei's post blowing has meant the collusive ties among politicians, bureaus and businesses have taken a hit.

Wei closed his post with the sentence, "I hope no one else will be deceived."